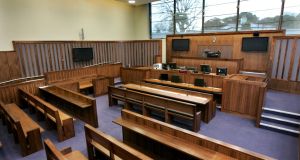 A childcare worker accused of sexually assaulting four girls in a creche was concerned about children sitting on his knee as he felt it made him “vulnerable to complaints”, his trial has heard.

Dublin Circuit Criminal Court heard on Monday that a performance appraisal a issued by the creche in September 2014 found the man had an “excellent relationship with the children”.

The creche owner agreed with Seán Guerin SC, defending, that this was a positive comment in relation to the man’s relationship with the children.

“It showed they wanted to be in his company and they enjoyed his company,” she said. “They had a good relationship with him.”

The creche owner, who cannot be named for legal reasons, was being cross-examined by defence counsel in the trial of the 29-year-old man.

He has pleaded not guilty to 23 counts of sexually assaulting the girls between February 2015 and December 2016. They were aged between five and eight years old at the time.

The offences allegedly took place in various locations within the Leinster creche, including in an afterschool room and a bathroom, as well as on a bus owned by the creche, the court heard. No parties in the case can be named for legal reasons.

The creche owner told the court it seemed “unlikely” that the man could have repeatedly sexually assaulted one complainant in a bathroom in the creche without someone noticing.

In relation to one complainant, the man is charged with eight counts of sexually assaulting her. Mr Guerin told the court that these assaults allegedly happened in an upstairs toilet in the creche.

The court heard the man allegedly repeatedly took the child out of her designated room, walked her down a corridor that had a CCTV camera, took her into the bathroom and sexually assaulted her in an area outside the cubicles.

The jury was told this bathroom area is also covered by a CCTV camera, except for an area just inside the door. This door has a glass panel, meaning the man would have been “easily visible” to anyone walking by, Mr Guerin said.

He put it to the creche owner that it was “extremely unlikely” that this could have occurred without anyone noticing.

“It seems unlikely,” the owner replied.

The court heard the man raised concerns with management about the children “being too physically close to him”.

“He was uncomfortable with children sitting on his knees. It made him vulnerable to complaints,” Mr Guerin said.

After the man raised his concerns, a written interactions policy advising workers not to allow children to sit on their knees was subsequently issued in April 2015, the court heard.

The jury was brought through two of the man’s work performance appraisals from his time working in the creche between September 2013 and December 2016. The appraisals noted the parents were “very happy” with the man and gave “excellent feedback” on his performance.

An October 2014 report found the man made the children feel “valued” and had excellent knowledge of child-related information on science fiction, gaming, Lego and comics that no other staff member had. It found he dealt with situations “sensibly and calmly” and that he was “respectful and friendly to everyone”.

A performance appraisal dated January 2016 noted it had been a “constant struggle” for the man to complete his childcare training project. The trial has heard the man was eventually due to be let go at the end of 2016 after he failed to complete the required training course.

In this report, the man said what he liked most about his job was “building a relationship with younger children in the creche”.

“Parents have a huge respect and appreciation for you,” the report said of the man. It noted the man “always treats kids with respect, how you would have wanted to be treated as a child”.

When the man was made aware of the allegations against him, he was “very distressed” and became “physically upset”, the court heard.

The trial continues on Tuesday.