Coach told abuse victims nobody would believe their claims 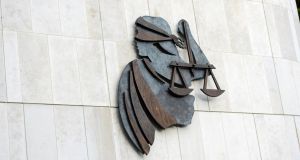 A sports coach told a young boy he was abusing that no one would believe his story of being sexually assaulted by him as he was a member of a powerful political family in Waterford, a court has heard.

Bill Kenneally (65) pleaded guilty to indecently Jason Clancy (45) in the mid-1980s and on Thursday Mr Clancy told Waterford Circuit Criminal Court how Kenneally used to remind him during the abuse that he was part of a family who dominated politics in the city.

“He repeatedly told me throughout my years of abuse that he was part of the Kenneally political family and I would never be believed,” said Mr Clancy, who made a complaint in 2012 about the abuse which led to a major garda investigation.

Kenneally, an accountant, had pleaded guilty last December to 10 sample counts from a total of 71 counts of indecent assault on the boys, aged 14 to 17, between October 31st 1984 and December 31st 1987.

He was back in court for sentencing and heard Det Garda Maureen Neary tell of how the accused revealed during a search of his house in December 2012 that he had met gardaí in 1987 after the family of another boy went to them to say he may have abused their son.

Michael Counihan SC, for Kenneally, put it to Det Garda Neary that the defendnant was invited to Waterford Garda station on December 30th 1987 where he met Supt Seán Cashman and Insp PJ Hayes for 90 minute meeting.

Mr Counihan said the meeting with Kenneally had been arranged through his uncle and that Kenneally made a verbal admission in relation to his activity with the boy but no written statement was taken as the boy’s family had opted not to make a formal complaint for personal reasons.

The defence team had obtained a short note of the meeting taken by Insp Hayes and signed by Supt Cashman where he recorded Kenneally’s verbal admission and an assurance that he would go for counselling to deal with his problem, Mr Counihan said.

Supt Cashman later told the investigation team in 2013 that Kenneally had gone for treatment with a psychiatrist, the late Dr Michael Kelleher, who contacted him on two subsequent occasions to say Kenneally was doing well.

The court heard that gardaí did not carry out any investigation in 1987 as there was no formal complaint against Kenneally and Det Garda Neary said she had no evidence of Kenneally abusing anyone after meeting gardaí in 1987.

He had befriended the boys either through soccer or tennis or basketball and the abuse took place in his home or when he took them on trips. Sometimes he abused two or more of them together after grooming them with drink, trips to chippers and cash paid in multiples of seven, he said.

The court heard from psychotherapist Dr Nicholas Banks that Kenneally had gone for counselling weekly since April 2013 and posed only a low risk of reoffending.