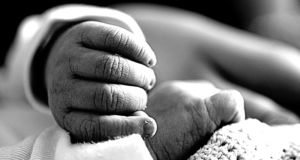 After a three-day trial a jury of nine men and three women returned a majority guilty verdict.

A Clare man has been convicted of sexually assaulting a one-year-old baby.

The 45-year-old man had pleaded not guilty in the Dublin Circuit Criminal Court to sexual assault between April 2005 and October 2006 in Co Clare.

The man was previously sentenced to 12 years for sexually abusing two young girls. He will be sentenced in April on this new conviction.

After a three-day trial a jury of nine men and three women returned a majority guilty verdict after deliberating for just under four hours.

During the trial, prosecuting counsel Anne Rowland BL told the jury that the victim’s older sister, who was 10 at the time of the incident, was the main witness in the case.

She told the court how the victim and her siblings were living in “extremely difficult” circumstances at the time of the incident. Their parents were heavy drinkers and the children would often go hungry and have no heat or electricity in the house.

The court heard that when the baby girl was brought home from hospital she was handed to her 10-year-old sister to look after so the parents could go drinking.

The witness testified that she came home from school and walked into the house to find her baby sister naked on the sittingroom floor. Seeing the man sexually abusing the baby, she grabbed a poker and hit the man over the head to get him to stop.

Now aged 19, she told defence counsel Geraldine Fitzpatrick SC that the abuser knew the family and would often arrive at the house extremely drunk and fall asleep in a chair. He would sometimes be left alone in the house to keep an eye on the children.

The man was arrested on July 26th, 2011 and denied the allegations when questioned by gardaí.

The court heard that the child’s foster mother brought her to be examined by a consultant paediatrician in July 2011. The doctor found evidence of past abuse.

Judge Sarah Berkley remanded the man in custody for sentencing on April 14th next.