Childminder accused of harming baby will not face fifth trial 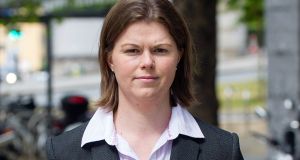 Sandra Higgins who denied harming a baby will not face another trial. File photograph: Collins

The Director of Public Prosecutions will not pursue a fifth trial in the case of a Cavan child-minder accused of causing serious harm to a baby.

Sandra Higgins (37) of The Beeches, Drumgola Wood, Cavan, had pleaded not guilty during four previous trials at Dublin Circuit Criminal Court on a charge of intentionally or recklessly causing serious harm to a baby at the accused’s home on March 28th, 2012.

The fourth trial of Ms Higgins ended last month in the discharge of the jury by the trial judge, Judge Pauline Codd, who ruled that there was a reasonable doubt Ms Higgins could not get a fair trial after email communications between expert witnesses were not passed on to the defence.

She told the jury that this occurred through “no wilful action” by gardaí­ or anybody else.

The jury in Ms Higgins third trial in January of this year was discharged after a legal issue arose before the trial opened in evidence.

In a trial of Ms Higgins on the same charges last year the jury was discharged after a juror accessed information on the internet. The jury in an earlier trial in the case in 2015 failed to reach a verdict.

Judge Melanie Greally on Thursday discharged Ms Higgins from the single charge on the indictment and entered a nolle prosequi following an application by the prosecution.

There is a court order prohibiting publication of anything that would identify the child.