Gangs set up car washes on vacant lots, are paid cash, and can quickly move on 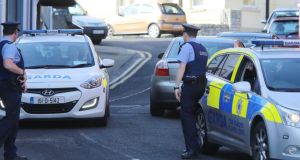 The term may be new in the Irish context, but so-called “car wash slavery” has become a major problem in the UK and other European countries in recent years.

Romanian gangs have been to the fore, trafficking men from their country into other parts of Europe and putting them to “work” in car wash businesses. Washing vehicles has been a favoured money-making activity because the charges are small and they are paid in cash. It means taxes can be avoided and the commercial activity is untraceable, apart from physical observation.

Gangs can establish themselves on vacant lots which they rent for insignificant amounts of money and set up business with minimal outlay.

Those familiar with the growing phenomenon say men from Romania are enticed to leave their home country on the promise of cash for washing cars, with accommodation provided. While the promised pay might be delivered for initial short periods, scenarios to trap victims are fabricated by gang members on the ground working on behalf of their leaders back in Romania.

“They might scratch a car after a few weeks and they’re told it’s hundreds and hundreds of euro to repair,” said one source. “So they are then working for free for weeks on end. Then it can happen again or suddenly the free accommodation is no longer available and their new rent must be paid out of their wages to the people watching them in Ireland. ”

The victims’ passports are retained by their minders-cum-gang enforcers. The workers typically do not speak the language of the nation they are brought to and at times they do not even know where they are. The proceeds of the car washes are retained by the gang and the men doing the work can be given allowances of as little as €4 per day, with the dream of sending money home to their families an impossible one.

Gardaí have witnessed similar circumstances in cases of women and girls trafficked for sexual exploitation, children trafficked for begging and people of all ages trapped in servitude-type situations.

However, the “car wash slavery” gang that has now been detected in counties Donegal and Sligo represents the first time this form of trafficking has emerged in the Republic.

Gardaí said many Vietnamese people found watering crops of plants in cannabis grow houses were trafficked into Ireland and snared by gangs of their compatriots in similar circumstances.

1 Coronavirus: Pubs to stay closed until August 10th amid new push on face masks
2 Fianna Fáil ‘bigger’ than Micheál Martin, Cowen tells party activist
3 Like ‘a grandfather at the sherry cabinet’: Trump’s meandering monologue
4 Coronavirus: Two more deaths brings total toll in State to 1,748
5 After only three weeks, Micheál Martin has created powerful enemies who will come back to haunt him
Real news has value SUBSCRIBE