A timeline using photos and video beginning on April 12th 2015, the night Karen Buckley was brutally murdered in Glasgow and ending with the sentencing of her killer Alexander Pacteau to 23 years in prison on September 8th 2015.

Alexander Pacteau has been sentenced to 23 years for the murder of Karen Buckley, a crime that the judge called 'a brutal, senseless, motiveless attack'. Video: Sky News 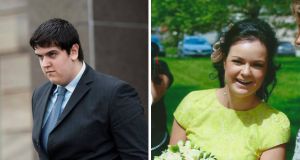 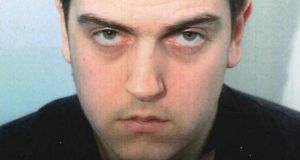 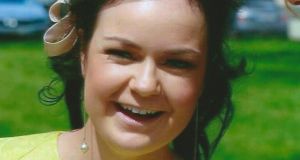 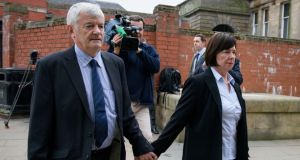 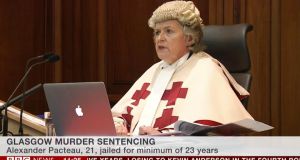 A judge described Alexander Pacteau as a “callous and calculating man” as she sentenced him to life in prison for the for the murder of Irish woman Karen Buckley in Glasgow.

The judge, Lady Rae, told the High Court on Tuesday that Pacteau (21), from Bearsden, Glasgow, must serve a minimum of 23 years for the murder of the student nurse (24) before he can apply for parole.

Ms Buckley’s parents John and Marian were in court as the mandatory term was imposed on Pacteau for the murder of their daughter, whom he met as she left Glasgow’s Sanctuary nightclub on April 12th last.

Lady Rae said she found it “extremely difficult to find words appropriate to describe the dreadful crime” to which Pacteau had pleaded guilty on August 11th when he first appeared at the High Court on the charge.

“Karen Buckley was a young woman in the prime of life. She was a visitor to Glasgow, studying to expand her knowledge in furtherance of her career in nursing. She was a much loved member of a close and united family,” said Lady Rae. “To you, she was a complete stranger who appears, tragically, to have accepted a lift in your car. In a matter of minutes, for some unknown and inexplicable reason, you destroyed her young life and devastated a family.”

Lady Rae said Pacteau, “not satisfied with killing her so brutally”, went to “extraordinary lengths over several days to cover up your actions by attempting to destroy her body”.

“You also concocted a story to tell the police and, to ensure you remembered the lies which you had told, you even wrote the story down.”

Lady Rae had last month heard an outline of the case from the Lord Advocate, Frank Mulholland QC - Scotland’s equivalent of the DPP - when Pacteau pleaded guilty. Mr Mulholland told how police believed Pacteau had murdered Ms Buckley within 20 minutes of meeting her as she left the nightclub.

She heard how Pacteau had beaten Ms Buckley to death with a spanner in his car and then tried to destroy her body by first soaking her remains in a bath of caustic soda in his flat and later hiding her body in a barrel of caustic soda in a shed on a farm at High Craighton outside the city.

Lady Rae noted it was only after Pacteau was detained by police that he revealed where he had hidden Ms Buckley’s body. By then, police had already discovered her remains at the farm.

The judge said, even at that point, Pacteau continued to tell lies, fabricating a second story in which he claimed that Ms Buckley had assaulted him after a row broke out between them in his car and he then attacked and killed her.

“Your conduct after the killing succeeded only in adding even more pain and suffering onto the Buckley family,” she said. By the time of his first meeting with the police, he knew all about the family’s anxiety for information because of media coverage but chose to remain silent, she added.

“I question how anyone doing all of what you did over several days can seriously suggest to this court that he did so in a panic,” the judge added. “Your killing of this young woman combined with the extraordinary lengths to which you went to cover it up, display the actions of a callous and calculating man.”

Lady Rae noted that Pacteau’s counsel, John Scullion QC had expressed remorse on his client’s behalf at the last hearing. She questioned if the remorse was genuine and said it might have carried more weight if it had been expressed before entering a guilty plea.

“From a perusal of the criminal justice social work report, it is apparent that in the course of your lengthy interviews with the social worker, at no time did you ever demonstrate or express any regret for what you had done,” she said.

“And it is difficult, in my view, to envisage someone who is truly sorry for killing another human being, going to the lengths to which you went to cover up your appalling crime, whilst making up false stories about the deceased.”

Lady Rae said it was regrettable that the Crown Prosecution had chosen to withdraw a second charge from the indictment of attempting to defeat the ends of justice which covered Pacteau’s attempts to destroy Ms Buckley’s body. She said her hands were somewhat tied by that decision.

However, after reflecting on submissions by both prosecution and defence, she believed she could not ignore Pacteau’s conduct after the killing. It has always been the case that what an accused person does after a crime to conceal the crime may be an aggravating factor, the judge said.

Lady Rae said there was only one sentence she could impose for murder which was life but she had to consider how long the punishment part of that sentence to be served in prison would be to satisfy the requirements of retribution and deterrence. She also had to assess what discount to apply for his early plea.

The judge said she felt that because of his behaviour after killing Ms Buckley when he sought to “frustrate the strenuous efforts to find” her, she was obliged to limit the discount on his sentence.

She fixed the punishment part of the sentence at 25 years but with a two year discount for his guilty plea, meaning Pacteau must serve 23 years before he can apply for parole on the remainder of the life sentence. She backdated the sentence to April 17th when he first went into custody.

The judge said it would be a matter for the Parole Board to decide after 23 years whether or not Pacteau, who showed no emotion during the sentencing, would be eligible for release. If he was still considered a risk to the public after the punishment part expired, he would not be released, she added.

After the sentencing, David Harvie, Procurator Fiscal for the West of Scotland, said: “This was a complex investigation made harder by the fact Alexander Pacteau tried to cover up his horrendous crime. Firstly he tried to dispose of Karen’s body and then he repeatedly lied to the police about his actions.

“Pacteau has taken a young woman from her loving family and friends. He has shown no remorse and rightly will spend many years in prison.”