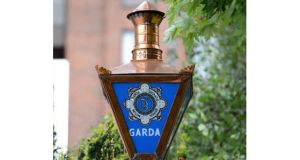 A former Christian Brother has been found guilty of indecently assaulting three boys at the North Monastery School in Cork in the 1980s.

The State alleged that Mr Bryan indecently assaulted the boys at the school between September 1st, 1984 and June 30th, 1990.

Following over 12 hours of deliberations, a jury at Cork Circuit Criminal Court today found him guilty on seven counts against three boys.

They were unable to reach a decision on three counts of assaulting a fourth complainant.

Judge Sean O Donnabhain commended the jury for their diligence and application to the case, saying they had given the case their utmost attention over the five days of trial.

He ordered that victim impacts statements be prepared in relation to the three boys that Bryan was found guilty of indecently assaulting while he was a teacher at the school.

Bryan had previously been convicted of one count of abusing one of the boys at a trial last year, but the jury in that trial had not been able to reach verdicts on 10 other counts.

Judge O Donnabhain had put a ban on reporting that conviction at the time. He lifted that ban today and Bryan will now be sentenced on a total of eight counts.

He refused a defence application to remand  Bryan on bail and instead remanded him in custody for sentence on all eight counts next Friday. There were emotional scenes in court as the verdicts were read out with the victims breakign down in tears as they were hugged and embraced by equally emotional family members.