Swiss to Geneva, Magaluf cleans up, conquer your fear of flying and visit Reykjavik 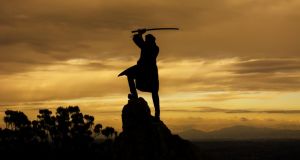 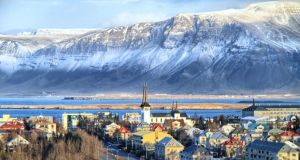 Reykjavik: stunning views and plenty to do 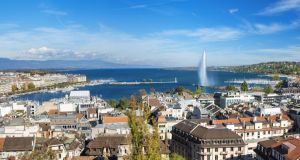 Swiss International Air Lines will begin a year-round service between Dublin and Geneva on June 26th. The new route, aboard an A320 offering 150 seats, will operate four times a week – Mondays, Wednesdays, Fridays and Sundays – departing Geneva at 6.10am and landing in Dublin at 7.20am. The return service will depart at 8am and arrive in Geneva at 11.15am. The new service, which has introductory fares of €67 return, will “provide additional choice and flexibility for passengers,” according to Dublin Airport managing director Vincent Harrison. SWISS also operates a service between Dublin and Zurich, with up to nine flights a week during the peak summer season. See swiss.com.

NINJAS TO KICK UP TOURISM

A new ‘ninja council’ has been set up by Japanese tourist authorities. The new council will gather and spread information about one of Japan’s best-known historical figures with the aims of boosting tourism ahead of Tokyo’s hosting of the 2020 Olympic Games and increasing the number of tourist attractions related to the feudal-era martial arts masters. The spiritual home of ninjutsu is in the town of Iga, in the Mie Prefecture, two and a half hours from Osaka. Visitors to the Ninja Museum of Igaryu (iganinja.jp) will get demonstrations of traditional skills such as star throwing.

MAGALUF TO CLAMP DOWN ON EXCESS

Magaluf town councillors have introduced restrictions on pub crawls and public drinking in an attempt to clean up the town’s image. From May 1st – just before the town is flooded with Irish and English school leavers chasing a no-holds-barred knees up – drinking on the streets will be banned between 10pm and 8am; shops will be prohibited from selling alcohol after midnight; and pub crawls will be drastically reduced, with organisers limited to one a day, for a maximum of 20 people, between 8pm and midnight. Fines will be issued for “balconing”, a craze where tourists jump into swimming pools from a height, which results in a handful of deaths every year.

Ballynahinch Castle (ballynahinch-castle.com) in Connemara is reopening on April 1st after a three-month refurbishment,with an excellent-value Islands and Lobster Experience package from €245 per person. It includes two nights’ B&B and a three-hour fishing and lobster pot trip from Roundstone.

Powerscourt Hotel Resort & Spa (powerscourthotel.com) has an Easter weekend package that includes three nights’ B&B and one dinner for two in the Sika restaurant, from €420 per person sharing.

Hotel Kilkenny (hotelkilkenny.ie) has a two-night Easter break for two adults and two children under 12 that includes access to the kids’ club both evenings (with dinner) and one dinner for the adults, for €129 per adult (children free).

British Airways’ Flying With Confidence course for nervous fliers will be back in Dublin next Saturday. About 25 per cent of people are uncomfortable with flying, while one in 10 are classed as phobic. The course, which has been running for 20 years, claims a success rate of 98 per cent and has helped 45,000 people overcome their nerves. The full-day course, run by British Airways pilots and crew, addresses key issues like turbulence, fear of heights and claustrophobia. It costs €307, and you’ll need to bring photo ID. Book at flyingwithconfidence.com.

€799: BRITTANY: 10 nights at Chateau Galinée mobile park in 2-bed Rossini mobile, plus overnight ferry from Rosslare in 4-bed cabin, based on 2 adults and 2 children. Travel on June 9th. Crystalalfresco.ie

EU ministers reversed a commitment to eliminate mobile phone roaming charges by the end of 2015 and instead opted for a transitional period to allow roaming providers to “adapt to wholesale market conditions.” Instead of the “roam-like-at-home” proposal approved by the European Parliament in 2014, from 2016 consumers will be allowed an allowance of 5MB per day as part of their regular tariff, after which they will be subject to additional charges – although they were capped last year to a maximum of 20 cent per MB and six cent for text messages, not including VAT.

This means that phone users will be able to download the equivalent of 30 seconds of high quality video or the complete works of Shakespeare before being hit with roaming charges. The EU has said it will revisit the issue again in 2018.

FIVE THINGS TO DO IN UBUD, BALI

The Bali Spirit Festival kicks off on March 31st in Ubud, attracting yoga practitioners from all over who come to soak up some Balinese bliss. Thankfully, you can get mellow at any time: here are five ways to do it.

Bali Botanica Day Spa (Jl Raya Sanggingan; balibotanica.com; day package from 995,000Rp/€70). A range of treatments are available at one of Ubud’s best spas, set in a gorgeous rice paddy.

Casa Luna Cooking School (Honeymoon Guesthouse, Jl Bisma; casalunabali.com; classes from 400,000Rp/€28). Get to grips with the basic delicacies of Balinese cuisine with an immersive cooking class; some include visits to a local market to select produce.

Museum Puri Lukisan (off Jl Raya Ubud; museumpurilukisan.com; classes from 125,000Rp/€8). Sign up to a class in puppet- making, Balinese dance, mask-painting or gamelan at one of Ubud’s top museums. There is no fixed schedule; classes are on demand.

Yoga Barn (off Jl Raya Pengosekan; balispirit.com; classes from 120,000Rp/€8.50) Virtually every kind of yoga is taught in hourly, drop-in classes. You can try a little morning kundalini or afternoon vinyasa.