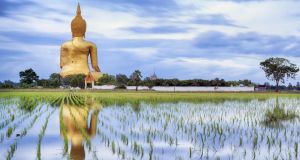 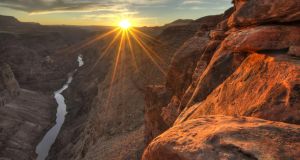 Grand Canyon: Two proposed developments aim to bring five-star hotels and shops to one of the most important natural attractions in the US 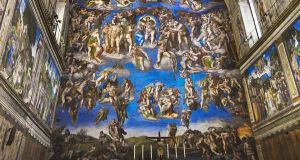 The Thai government has introduced online travel insurance for visitors whose policies have a null-and-void provision due to the coup that brought the army to power on May 22nd. The Thailand Travel Shield, operating in conjunction with four Thai insurance companies, will offer cover for standard travel problems, from cancellations and baggage loss to personal injury and illness. Policies start at 650 baht (€15) and 1,100 baht (€30) and offer cover for up to 60 days to the value of one million baht (€23,400) and two million (€46,800) respectively. The political situation remains calm, but the Department of Foreign Affairs continues to advise visitors to exercise caution. Nevertheless, Irish visitors remain undeterred: despite the coup, the number of Irish arrivals in June has grown 4.8 per cent compared to the same period last year and similar to the increase for the first six months of 2014.

ITALY ENDS CONCESSIONS FOR OVER 65s

The Italian government has ended a 10-year practice whereby EU citizens over 65 were granted free access to the country’s 200-plus state-owned museums, galleries and archaeological sites. These include most of Italy’s best-known tourist attractions, such as the Colosseum (€12) and the Vatican Museums (€16) in Rome, the Uffizi Galleries (€12) in Florence and the ruins of Pompeii (€11) just outside Naples. Instead, they will be free for all on the first Sunday of every month, and the most-visited ones will also have extended opening hours on Fridays. State properties will remain free for under-18s and half-price for 18-25 year olds from the EU. Culture Minister Dario Franceschini made the decision in an attempt to fill the depleted coffers of his ministry; according to statistics from 2013,more than a quarter of visitors qualified for free entry.

The Grand Canyon is facing the biggest threats in its history, according to the US National Parks Service. The threats are in the shape of two proposed developments that aim to bring five-star hotels, high-end shops, affordable housing and other amenities to one of the most important natural attractions in the US. Almost five million tourists visit the Grand Canyon every year, but that number could increase dramatically if the controversial plans go ahead. The developments will include residential and retail areas as well as a dude ranch, spa, cultural centre and a $1.5m cable car attraction that will allow visitors easy access to the canyon floor – right now the only way down is via mule or as part of a helicopter tour. The Parks Service, which manages the Grand Canyon, has expressed serious concerns that such heavy development will adversely affect natural habitats, sacred Native American sites and the fragile water table. But the developers have assured critics that they have adequate solutions for their concerns.

Irish travellers care more about reliable wifi than breakfast or parking, according to a survey by wifi providers Bitbuzz. Some 70 per cent of respondents ignore the TV in their room, opting instead to stream content on laptops, tablets and smartphones. Over half were unhappy with the quality of wifi in Ireland, and 62% said they would pay for a fast, reliable service. hotelwifitest is a new website that ranks hotels by the speed of their internet. The information is crowdsourced from travellers. So far, only limited destinations are covered, such as New York, London, Singapore and Hong Kong. See hotelwifitest.com

Luxury hotel brand Raffles is opening of in Istanbul on September 1st. The hotel is part of the Zorlu Centre, a gleaming new mall with fancy shops and a modern performing arts venue in Besiktas on the European side. The hotel’s sumptuous interiors are kitted out with specially commissioned artworks that reflect a Turkish heritage theme. Like its sister hotel in Paris, the hotel will have Raffles’ signature butler service and an Art Concierge, tasked with steering guests through Istanbul’s blossoming arts scene. Rooms start at €308; see raffles.com

STAY Hotel Empress Zoe (Akbiyik Caddesi 10; emzoe.com; rooms from €100) Superb boutique hotel with garden suites near the Aya Sofia.
EAT Zübeyir Ocakbaii (Bekar Sokak 28; meze €3, kebaps €7-€14) Book ahead to get a seat in the city’s most famous ocakbaii (grill house)
DO Bosphorus Ferry. For €1 you can cross from Europe to Asia on a commuter ferry; the cruise from Karaköy (just over the Galata Bridge from Eminönü) to Kadiköy is wonderful.

FIVE PLACES TO STAY IN ZURICH

Zurich hosts Street Parade today, an event that will transform the normally buttoned-down Swiss city into Europe’s biggest celebration of love, tolerance and techno, with up to a million revellers in attendance. Here are five recommended hotels:

Baur au Lac (Talstrasse 1; bauraulac.ch; room from CHF600/€493). The hotel of choice for visiting VIPs, the Baur is all about discreet luxury – its beautiful rooms, excellent restaurant and top notch service hidden behind the walls of a park by the lake. Richard Wagner premiered the first act of Die Walküre here.

Dolder Grand Hotel (Kurhausstrasse 65; thedoldergrand.com; rooms from CHF 600/€493). An 1899 building complete with turrets and timbered balconies on top of the Zurichberg has been transformed into a sprawling, minimalist-style resort with luxury trimmings.

Hotel Widder (Rennweg 7; widderhotel.ch; rooms from CHF500/€411). Eight townhouses have been joined to make up this elegant hotel. The rooms have designer furniture that gives the whole place a nice mix of tradition and modernism.

Kafi Schnaps (Kornhausstrasse 57; kafischnaps.ch; room CHF88/€72). Five gorgeous rooms above a one-time butcher’s shop that has been converted into one of the city’s nicest cafes.