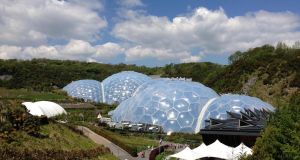 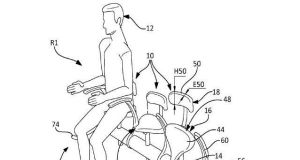 A patent drawing for the proposed Airbus bicycle seat configuration 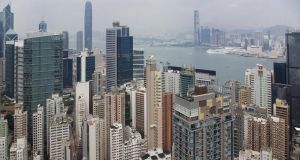 JURASSIC CORNWALL
One of Cornwall’s most popular tourist attractions is transforming itself into Jurassic Park for the remainder of the summer. The enormous bubble- shaped biomes of the Eden Project – Cornwall’s most celebrated landmark and the largest greenhouse in the world – will host Dinosaurs Unleashed from July 21st, an immersive experience that includes a T-Rex, a hunt for an escaped dinosaur and a fossil pit for amateur paleontologists. The family ticket costs from £52; see edenproject.com

COPENHAGEN FOOD FESTIVAL
Dinner in a top chef’s house, a tour of the royal kitchen at Christiansborg Palace and a jam-making workshop in a blackberry thicket . . . Just some of the events taking place at the Copenhagen Cooking Festival next month (August 22th to 31st). Lisbeth and Jo Jacobsen, who run the top-ranked Restaurationen restaurant, will host a dinner in their home for a select number of attendees; also on the menu is a pop-up restaurant at the airport, a wine-tasting course for women, and hot dog workshops. See copenhagencooking.com

NEW SOUTH AFRICAN TRAVEL REGULATIONS
South Africa has introduced strict new immigration regulations that will significantly increase paperwork for anyone travelling in and out of the country with children. From October 1st, parents with children under 18 will have to carry a long-form birth certificate – in English – for each child, that shows both parents’ names. For single parents, or those travelling alone with their child, the requirements are even more stringent, as they will need a sworn affidavit in which the absent parent gives consent for the child to travel, a court order granting full parental responsibilities or the death certificate of the absent parent. Under the new rules, all documents must be originals or approved copies no older than three months from the date of travel. If under-18s are travelling with anyone other than their parents, the accompanying person must also carry affidavits from the parents or legal guardians, as well as copies of the passports of the parents as well as their contact details.
The new measures, introduced in a bid to tackle the problem of child trafficking, have been criticised as having the potential to cause chaos and hurt tourism into the country. David Frost of the Southern Africa Tourism Services Associations (Satsa), said it was “as an additional hurdle that damages our competitiveness.” The new rules were due to come into effect on July 1st, but were pushed back until October to allow travellers to apply for the documents.

SLASHING AIRPORT WAIT TIMES
A new bag-scanning system trialled at the World Cup is being touted as a quicker, less invasive alternative to current airport securihad their bags checked by the Qylatron Entry Experience Solution, which scans up to five bags at once ty. Fans at the Arena de Baixada Stadium and can detect dangerous items like explosives, weapons and chemicals. Qylur, the California company behind it, believes a few tweaks will adapt it for air travel, so no more removing “personal items, such as clothing and laptops . . .to significantly increase passenger flow

PARIS IN TOUR DE FRANCE STYLE
The Tour de France rolls into Paris for its final leg of this year’s tour on July 27th, and Viator have a two-hour tour that will allow you see the city as the pros do on a guided tour of the city, including cycling along a traffic-free Champs-Élysées just hours before the peloton shows up. The tour costs €65; see viator.com SADDLE UP FOR A NEW AIR EXPERIENCE
Passengers may soon be sitting on the airline equivalent of a bicycle saddle. Airbus has filed a seat patent for a design that eliminates basic necessities like a backrest or tray tables and function like folding seats in a cinema, folding down when in use and flipping back up when unoccupied. In fact, passengers aren’t seated as much as propped up in an awkward semi-upright position aimed at reducing the space between rows. 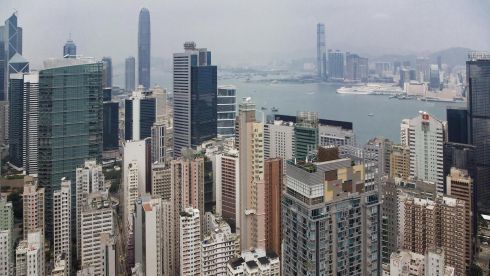 FIVE RESTAURANTS IN EDINBURGH
The Edinburgh Fringe Festival – the world’s largest arts festival – kicks off on August 1st. Here are five spots for decent sustenance:
Fishers Bistro (58 Thistle St; fishersbistros.co.uk; mains from £18) This is one of Edinburgh’s top seafood restaurants. It’s all locally sourced, from wild Scottish sea trout to traunche of Peterhead monkfish. Meat eaters are cared for too – the home- smoked Scottish roe deer is delicious.
Gardeners Cottage (1 Royal Terrace Gardens, London Rd; thegardenerscottage.co; lunch mains £16-17, set dinner £30) You’ll need to book in advance for this wonderful restaurant designed like a country cottage. You eat at one of two communal tables, and all food is locally sourced and organic where possible.
Ondine (2 George IV Bridge; ondinerestaurant.co.uk; mains £15-45) Another contender for best seafood in town. The brown crab and seafood risotto is divine, as is the roasted shellfish platter (£45) – half a native lobster, oysters, brown crab, mussels, scallops and palourde clam. They do six kinds of oysters.
The Kitchin (78 Commercial Quay; thekitchin.com; mains £35) A seasonal menu of surf ‘n’ turf dishes has netted this place a Michelin star. Sea trout, lamb, monkfish and rabbit feature in summer; the winter menu is a little gamier.
Timberyard (10 Lady Lawson St; timberyard.co; mains around £18) One of the best new restaurants in town and advocate of the slow food movement. The 8-course tasting menu (£60) starts with raw scallop, cucumber and apple and finishes with a lovely chocolate dessert, with langoustine, duck, wild turbot and smoked beef loin in between.