Puccini in the open air, earn rewards for writing reviews, eat well in Bologna and stay with the Coppolas 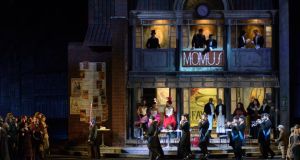 The set for La Bohéme at the Puccini Festival in Torre del Lago, Italy 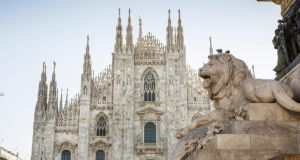 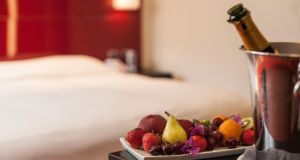 PUCCINI AL FRESCO IN TORRE DEL LAGO
This year marks the 60th Puccini Festival in the composer’s adopted hometown of Torre del Lago, 26km north of Pisa. You can visit his home, now the Villa Puccini Museum; giacomopuccini.it. He composed the bulk of his work here, including Tosca (1900) and Madame Butterfly (1904), the latter celebrating its 110th birthday with a new production this year.

Ryanair flies Dublin to Pisa five times weekly from €79.99 each way. Pictured is the set for La Bohéme, designed by Luciano Ricceri with costumes by Cristina Da Rold.

REWARDS FOR REVIEWS IN ITALY
Travelling to Italy and fancy a discounted room or meal in exchange for writing an honest review? Freeppie is a new app where in exchange for sharing your opinions, photos and experiences on social networks, travel companies reward you with credits you can use to book free or discounted trips, meals and hotel stays.

The app, founded by three Florentine friends-turned-tourism entrepreneurs, rewards travellers with points for writing reviews, posting photos, adding new attractions and inviting friends; points they can use to get free and discounted deals from hoteliers, restaurateurs, and travel agents who sell on the site. More than 400 operators in Italy have signed up, attracted by the no-commission-charge and the promise of real-time, certified reviews that affords them credible visibility among travellers. According to its founders, Freeppie is the first platform that rewards travellers for their social media actions – and serves as a powerful marketing tool for operators trying to resolve problems such as the posting of fake reviews. See freeppie.com.

FIVE PLACES TO EAT IN BOLOGNA
The city known as La Grassa (the Fat One) is the unofficial gastronomic capital of Italy.

All’Osteria Bottega (Via Santa Caterina; mains €35-€45). This tiny restaurant was once a shop, but since its conversion has become one of the city’s most sought after dining experiences.

Drogheria della Rosa (Via Cartoleria 10; drogheriadellarosa.it; meals around €50). Lamb seasoned with rosemary, guinea fowl breast with spicy honey and fillet of beef with balsamic vinegar are some of the meat courses in this restaurant in what was once a pharmacy.

Osteria dell’Orsa (Via Mentana 1; osteriadellorsa.com; meals around €25) You’d never suspect that this unassuming spot could serve sensational food, but the ever-changing daily menu is just that, served at communal tables.

Trattoria dal Biassanot (Via Piella 16; dalbiassanot.it; mains around €12) A great little restaurant that specialises in cucina contadina – local, country food – with the likes of roast kid, veal and wild boar on the menu.

AT HOME WITH THE COPPOLAS
One of the most splendid hotels in southern Italy is the Villa Margherita in the Basilicata town of Bernalda. Francis Ford Coppola’s grandfather Agostino emigrated from here at the turn of the 20th century, and in 2004 the director bought the town’s most elegant palazzo. With the help of French interior designer Jacques Grange, the building was turned into a boutique hotel with nine suites – each named after a member of Coppola’s family. Suite Nine (Francis) is the largest and is decorated in a North African motif, a tribute to Coppola’s Tunisian grandmother, Maria Zasa. There’s a two-night minimum stay; rooms cost from €360-€1,800. See coppolaresorts.com/palazzomargherita

DO Museo Poldi Pezzoli (Via Alessandro Manzoni 12; museopoldipezzoli.it; admission €9). A private mansion housing the Poldi Pezzoli collection of 13th-18th century art. Pollaiolo’s Portrait of a Woman is a scene-stealer.

BARGAIN ON THE RFENCH RIVIERA
Visitors to the Côte d’Azur can now avail of a Riviera Pass, which grants free entry to museums in Nice (left) and surrounding towns. Included are the Terra Amata Museum and Museum of Modern and Contemporary Art in Nice, Fernand Léger Museum in Biot, Renoir Museum in Cagnes and the Exotic Garden at the top of Eze village. The pass also includes the open top bus tour (usually €22) and Mobilboard Nice Segway (€17). It is for one, two or three days and costs €26, €38 or €56 respectively. See nicetourisme.com

ECO-CHILLING IN PORTUGAL
The four-star Pedras Salgadas Spa and Nature Park in Portugal, 129km northwest of Oporto, has just opened seven eco-lodges ideal for families looking for an outdoors holiday in the woods of the town famed for its hot springs and thermal spas. The lodges sleep up to six, and there are two tree houses made of slate and wood. Ryanair flies twice-weekly to Porto from Dublin with fares from €54.99 each way. Rates for a lodge start at €200; see pedrassalgadaspark.com