Seas in a pod: the latest Antarctic explorer 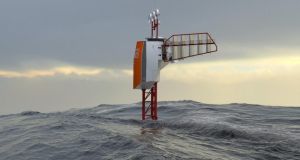 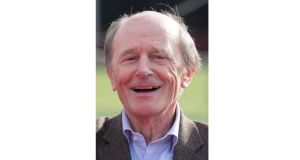 PARIS, FRANCE - APRIL 18: Jean-Louis Etienne attends the launch of the new Paris Observatory Atmospheric Generali balloon, at Parc Andre Citroen on April 18, 2013 in Paris, France. The balloon will monitor air pollution which it will then display via a LED light device. (Photo by Marc Piasecki/WireImage)

Practise spending time with yourself, and don’t panic when things go wrong. Those are two lessons for life the French explorer Dr Jean-Louis Etienne has learned from going to the ends of the Earth.

He was at the Royal Irish Academy last week to give a public talk about his plans for a new mission – to build a “polar pod” that can drift around Antarctica and collect data about the biology and environment of the region.

“Antarctica is surrounded by a huge ocean that connects the Pacific, Indian and Atlantic oceans,” he says. “It’s a carbon sink and an important part of the world’s currents. We asked, ‘How can you stay there?’ ”

The proposed pod will float vertically, with a habitable section at the top. It should be able to withstand the expected “furious” wind and waves of the region, according to Etienne, who plans to spend some time aboard the vessel.

A medical doctor, Etienne started working with expeditions in Greenland, Patagonia and the Himalayas before mounting his own expedition, in 1986, for which he spent 63 days pulling a sled across Arctic ice to become the first person to reach the North Pole solo over land.


Solitude
Luckily, he was happy with his own company. “I have no problem with solitude – there are so many things to think about and write about,” he says, advising that children should learn how put down the electronic gadgets and explore their own brains. “I think it’s important to prepare kids to spend time with themselves – to spend 10 minutes without communication.”

So the solitude wasn’t a problem, but crawling across perilously thin ice was daunting. “You feel the ice is [moving] and the worst thing would be to go through, especially when you are alone,” he says .

Etienne needed to eat 5,000 calories per day to sustain the effort, but he couldn’t stop to eat because he would quickly get too cold. “You have to keep food inside your [jacket] and eat as you move,” he says. Still, the arduous trek paid off when he reached his destination: “When I arrived at the North Pole all the cells in my body were happy.”

Since then he has experienced other extremes, including drifting for months in a capsule on sea ice around the North Pole to gather data on climate change; flying solo in a balloon over the Arctic Ocean; and sailing in some of the planet’s most challenging waters.

He also co-led a 6,300km, seven-month ski trek with dog sleds across Antarctica, during which one of the party went to feed the dogs but couldn’t find his way back to the tent in the snow. He survived for hours until he was found. “He didn’t panic,” says Etienne. “Instead, he said, ‘I knew you were coming to find me.’ ”


Floating pod
With the Antarctic polar pod expedition he plans to gather information about the exchange of carbon-dioxide between the ocean and the atmosphere and to take a biological census of marine organisms.

“The plan is to drift around, led by the current,” he says.

Etienne has started to raise funds for the project, which will cost an anticipated €10 million over four years, and has received many letters from scientists expressing interest in the expedition and the data it would generate. “One of the problems is to how organise all these demands,” he says.

“The Antarctic is a key laboratory for understanding how ice, land, sea and the atmosphere interact in what is known as the Earth system,” says Prof Chris Bean, associate professor of geophysics at University College Dublin and interim director of UCD Earth Institute, which cohosted Etienne’s talk with the Embassy of France in Ireland.

“The fear is that the sea-ice is buffering land-ice loss, and that ice break-up will accelerate when we lose this buffer.”