The guidebook has published its top 500 must-sees, which include six sites in Ireland. ‘Irish Times’ writers suggest a few more 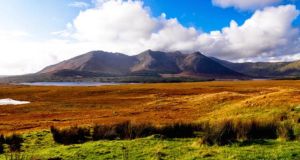 Six Irish attractions have made it on to a list of the world’s top 500 must-see sights of all time, compiled by guidebook publisher Lonely Planet. The Temples of Angkor in the Cambodian jungle topped the Lonely Planet’s international list, and the six Irish sites that madethe list of “mega sites and hidden gems” are: the Giant’s Causeway (103rd place); the Neolithic cemeteries at Brú na Bóinne (224); the Cliffs of Moher (378); the Titanic centre in Belfast (424); Trinity College Dublin (468); and the Rock of Cashel (497).

We think there are many other Irish sites that qualify as “mega sites” and, at the very least, “hidden gems”. Below are some suggestions by Irish Times writers; please add your own in the comments field below the article. 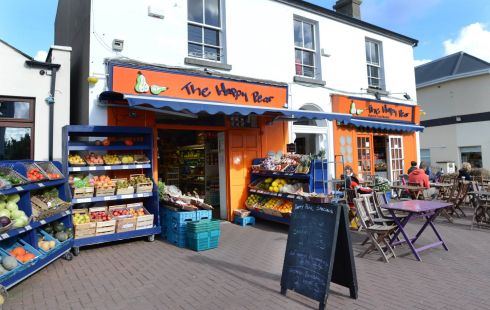 The Cliff Walk, Co Wicklow
In terms of the ratio of reward to effort, it would be hard to beat the cliff walk from Greystones to Bray in Co Wicklow, or vice versa. It’s a leisurely 90-minute stroll, with some beautiful views and spectacular reveals. I’d start with a delicious yet healthy lunch in the Happy Pear in Greystones and finish in the Harbour Bar in Bray, the best in the world according to the Lonely Planet: drink had definitely been taken. Martin Doyle

Pollock Holes, Co Clare
Clare diver Manuel Di Lucia calls them the "eighth wonder of the world", because Kilkee's magical Pollock Holes, in Co Clare, were only 320 million years in the making. Of course, the colonies of squat lobsters and sand eels, shrimp and sprat and baby pollock darting through forests of kelp don't have to be told that the network of tidal pools on the Duggerna reef are one of the Atlantic seaboard's extraordinary ecological resources. The pools were formed over aeons, after muds and sands from a nearby South Greenland continent poured into a Late Carboniferous river delta located on what is now the Kilkee coast. Latterly, the force of the Atlantic swell heaved out great slabs of sandstone, allowing deep tidal ponds to form where both shallow and deepwater fish, shellfish and plant life live together in what has been described as "fragile equilibrium".

“It’s a bit of an institution, coming from Limerick to take your first strokes here,” Di Lucia told The Irish Times last year, explaining how so many young children have learned to swim there.“What makes it really distinctive is the contrast – the Atlantic waves thundering on to the rocks just 100 yards beyond the tranquil series of pools, protected by the reef and so very calm,” he says. Lorna Siggins 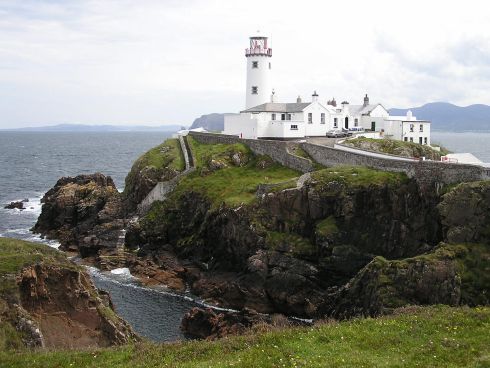 Ballymastocker Bay, Co Donegal
Knockalla coast road and Ballymastocker Bay on the Fanad peninsula in Co Donegal: the bay and strand, facing out across Loch Swilly to Inishowen, was once voted by the Observer the second most beautiful beach in the world. It is best viewed from the spectacular coast road (built as part of the Atlantic Drive by the late Neil Blaney) across the top of Knockalla mountain. Paddy Smyth

Omey Races, Co Galway
“With its loud mouth and sharp tongue the ocean
Explodes at the quarry-face of the shore..."

So wrote poet Richard Murphy of the tidal advance that turns Omey into a Connemara island twice daily. And when that tide is out, the mile-long swathe of sand makes for an ideal race track, as recorded on canvas by artist Maurice MacGonigal.

Malachy King, Feicín Mulkerrin, Triona Sweeney and Tom Delap revived the Omey Races 14 years ago, after a rest period of several decades. The annual meet has earned a reputation as a nursery for serious jockeys, and spectators need no more than a good raincoat and wellington boots. Galway city arts officer James Harrold has often spoken of the event's cultural significance on the west of Ireland calendar, conjuring up images of Manannán MacLir with his sea-borne chariot borne by his steed Enbarr. Lorna Siggins 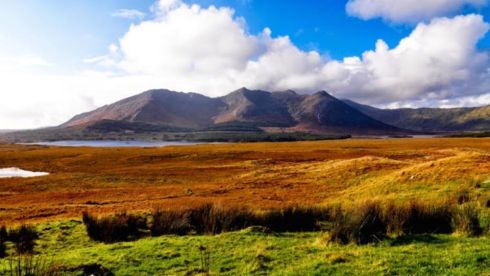 The Lough Inagh valley, Co Galway
Connemara is a big area, but so much of that big area is so beautiful. My favourite part is the Lough Inagh valley drive across north Connemara from Recess to Kylemore Abbey; a stark and mostly uninhabited strip of road that winds through magnificent views of mountain, lake and bog. And many sheep. Rosita Boland 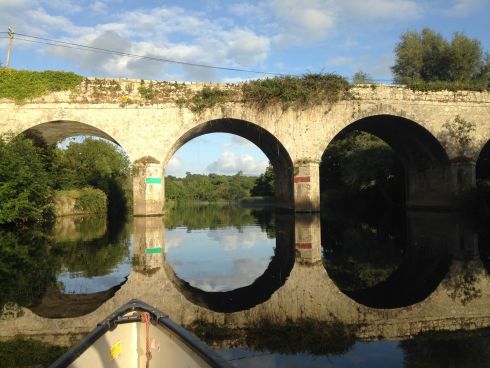 The River Barrow, Co Carlow
Ireland’s second-longest river never had a chance at making the Lonely Planet list - in the current edition of its Ireland guide, the Barrow only warrants a short mention. But the 192km waterway, which rises in the Sliabh Bloom mountains in Co Laois, snaking through the midlands before disgorging into the sea at Waterford harbour, is where you’ll find some of the most unspoilt scenery in the country. From the water on a recent two-day kayaking trip from Leighlinbridge in Co Carlow to Graiguenamanagh in Co Kilkenny, we took in herds of galloping horses, jumping salmon, swans and herons, and castle ruins as we negotiated gentle rapids, tricky weirs, swampy canals, and blissfully calm, barely moving stretches of water that meandered through thick evergreen forests. If you’d rather stay dry, you can walk the 114km-long Barrow Way, a long-distance walkway that follows the old towpath. See riverbarrow.net Ciara Kenny The whiskey room at the Palace
The Palace Bar on Fleet Street in Dublin is jammed with tourists and locals most afternoons and evenings, but people don’t know that up that up flight of stairs to one side is a much nicer little pub where you can sit around in plush armchairs, sip from a vast range of whiskey, minerals, or indeed any other drinks, and watch the world go by if you have a window seat. It’s delightful. Orna Mulcahy

Ahenny, Kilkenny-Tipperary border
The slate quarry just outside Ahenny is always worth a visit. It has long stopped being a working quarry and now makes for a picturesque pit-stop for people who know about it. Its still lake and plentiful supply of purpose-made slate fragments also makes it the perfect spot for stone-skimming. You while away a couple of delightful hours on a sunny afternoon. Competition can get fierce, but that all depends on the company you are in. Within easy driving instance is the high cross at Ahenny, and a visit to the nearby Delaney’s pub and grocery, completes the trip to this lesser-known national treasure on the border of Kilkenny and south Tipperary. Emma Allen 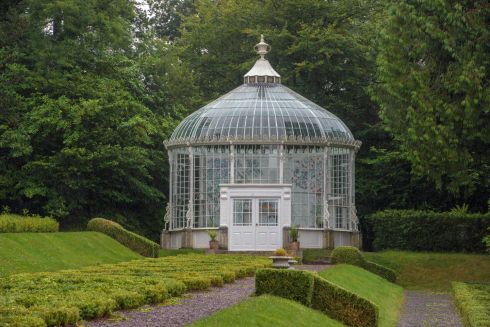 Woodstock Demesne, Co Kilkenny
The Woodstock demesne tucked into the undulations of the Nore valley, just outside the cut-stone village of Inistioge in Co Kilkenny is the wonderful Woodstock demesne. With a ruined house, beautiful formal gardens, a restored arboretum and a conserved conservatory that houses a summer tea room, there is plenty of grandeur to admire. But there are also grassy hillocks to roll down, miles of wild paths to wander along, giant rhubarbs to ramble past, and an ice house and other relics to wonder about. See woodstock.ie Joyce Hickey

FE McWilliam gallery, Co Down
The FE McWilliam gallery, just off the Belfast-Dublin road in Banbridge, Co Down is a gem: stunning sculptures by one of Ireland’s finest artists complete with his studio transported from London, and a great café run by local butcher and deli, Quails. Martin Doyle

What Irish attractions would you add to the list? Let us know in the comments section below.