The Irish Times competition to find Ireland's best sports club is nearing its close. Today we announce our top-five shortlist. The winner will be named on Saturday June 18th 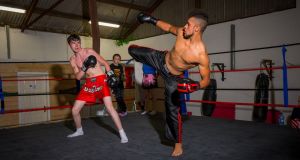 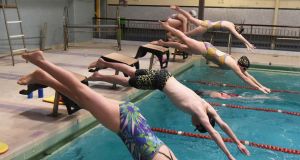 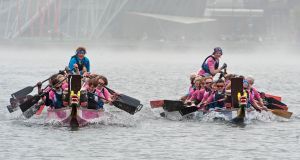 The Plurabelle Paddlers in action at Ringsend basin in Dublin. Photograph: Dave Meehan 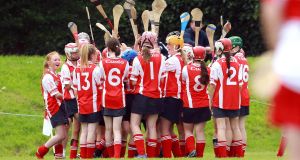 Members of a Cuala camogie team on the field. Photograph: Donall Farmer/Inpho 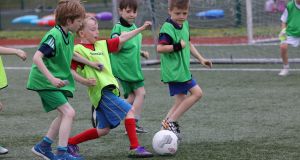 The Irish Times has named the top five in its current competition: The Best Sports Club in Ireland. The competition began in April with an open invitation to members of the public to nominate a club they knew for the award.

Almost 3,000 people nominated close to 2,000 clubs. Since nominations closed in mid-May, our researchers and judges have been visiting the top contenders.

The Best Sports Club in Ireland will be announced on Saturday, June 18th. The winning club will receive €5,000, with a further €1,000 for another deserving entrant. Both awards are courtesy of the contest’s sponsor, the National Dairy Council.

Larry’s Kickboxing Club Carlow
The club: The movie cliché of a boxing (in this case kickboxing) club set in a big, old, rough-and-ready building, with kids of all ages sparring and practising under the watchful eye of a veteran coach who’s seen it all – this is it. The club has 80 members and there can be up to 40 at training sessions. The club often has competition fixtures at the weekend, which can involve travelling to all parts of the country, and sometimes beyond.

Recent sporting achievements: Club members have won many national and international championships in recent years. Last year they took part in over 90 competitions in 52 weeks.

The Irish Times verdict: “The club includes everybody, regardless of age, background or income. Members include a reformed drug addict who joined a couple of years ago after getting out of jail, a boy who was getting bullied in school and young kids from deprived homes.

“ ‘We have wealthy kids and kids who can’t afford a pair of shoes in here,’ head coach Larry Brennan says. ‘One of the parents started bring a child with Down syndrome to the club and the child loves it. Everyone is included’.”

City of Derry Swimming Club Derry
The club: A voluntary, community club delivering a cradle-to-the-grave programme via a team of 40 volunteers. Swim lessons start at the age of six. They can then decide how to proceed – competitive swimming, open water, triathlete, sub aqua, masters. Located on the edge of the Bogside and Creggan, the club caters for the entire Derry community and also has members from Co Donegal, Co Tyrone and all of Co Derry.

The Irish Times verdict: “One cannot ignore the fact that the club has existed and prospered at its current location despite the threat of bullets and bombs for many years. Thankfully that threat is not now a daily one, but rioting just yards from the club was commonplace each morning as children made their way to early-morning training.

“City of Derry Swimming Club has been a sanctuary from the Troubles of this divided city for 57 years. During that time the sons and daughters of RUC officers shared the same dressing rooms and stood on the same winning-team podiums as those from Republican backgrounds.

“Many sports have been divided by religious background, but in City of Derry Swimming Club, there is only one religion: swimming.” facebook.com/derryswimming

Plurabelle Paddlers, Dublin
The club: The Plurabelle Paddlers is a dragon boat club with its HQ in Dublin’s Docklands, where it maintains an old garage converted into a clubhouse and a storage container housing boats and equipment. Club members have one thing in common – they have been diagnosed with breast cancer. They have set up the club to get fit, enjoy the mutual support of team-mates and raise awareness about breast cancer.

The Irish Times verdict: “The positive manner in which members try to take control of their health after treatment for breast cancer is impressive. The club also provides a support network and counselling service for members.

“There is positivity in everything the club does, and they also have a bench on the side of the dock dedicated to members they have lost.” plurabellepaddlers.com

Cuala GAA Club, Dalkey, Co Dublin
The club: Cuala is one of the biggest GAA clubs in the country, with 1,800 members. It has grown from a small club based around a couple of families with strong GAA roots to a “super club”, all the time keeping its family feel. Club chairman Adrian Dunne says: “You make friends for life in clubs. Once you join a club at five years of age, you’re in that club for life. You start with Cuala, you stay with Cuala. That’s the way the GAA is, that’s the way Cuala is. It’s a family, it’s a big family.”

Recent sporting achievements: Known primarily as a hurling stronghold, the club made it to the Leinster club final last year, while the senior men won the senior B football title. The club is well represented on Dublin intercounty sides in both codes all the way up to senior level. Dublin senior club champions 2015; defeated in Leinster club final; senior men won Dublin B football championship; minor footballers won Dublin title.

The Irish Times verdict: “The work Cuala does with their underage set-ups, having 1,200 kids playing, is extraordinary. Cuala can be put up against any other large club in the country in any sport and can impress in terms of achievement, organisation and benefit to the community.” cualagaa.ie

Killarney Celtic Football For All, Co Kerry
The club: Killarney Celtic FFA caters for children with intellectual, physical or sensory difficulties. Founded three years ago, they had six children, and now have around 50. Players’ disabilities cover a wide range from cerebral palsy to Down Syndrome and beyond. Parents report that soccer is the simplest game for their children and say playing with the club has had a huge effect on their children’s lives.

Recent sporting achievements: At Killarney Celtic FFA, they don’t even keep score, a model used in underage games in Germany and Spain, in order to accentuate the development of skills and risk-taking. They have taken part in nine blitzes across Munster and played at half-time at Cork City.

The Irish Times verdict: “Many of the players find life with their peers challenging, yet put them on a football pitch with the right coaching, and they are completely at home, free and full of enjoyment – and sometimes capable of things thought beyond them. The stories of how their children have progressed on and off the field shows the benefits of a club dedicated to those who can be marginalised in society. Killarney Celtic is a breath of fresh air.”