Norway’s drivers – second to Californians in their love of electric cars – have ordered 4,000 from Opel 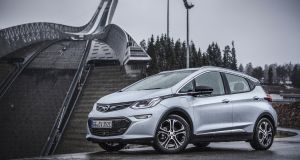 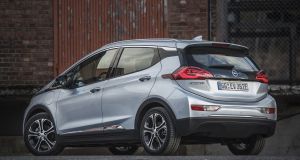 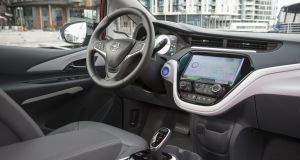 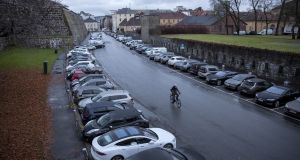 Opel’s Ampera-e is the motoring Valium to relieve range anxiety. The long-awaited leap towards realistic mileage between charges was initially delivered by Tesla but with promises of 380km between charges in real-life driving – 520km in the official New European Driving Cycle (NEDC) criteria – you start to see how this hatchback could be an everyday family car without owners reaching for the Xanax if they have to drive from Dingle to Dublin.

First those figures. Like official fuel economy figure, the electric car range estimates are largely pie in the sky. Thanks in part to VW’s emissions scandal, these figures have been discredited. Defenders claims they offer a useful guide to the difference between cars – all else being equal – but buyers are invariably taking them as gospel.

It does omit the use of air-con, however. Testing the car in Norway, in temperatures often below 7 degrees, the heater – basically an upscale version of your average hair dryer – used 8-10 per cent of the battery power. On a long trip that equates to 40kms of range or so. After 192.2km of driving, averaging a high 34.8 km/h per 100km, the car still had 214km left before the next charge. That’s the sort of range we could easily live with.

There are two driving modes on the Ampera-e: regular “Drive”, which is just like your typical automatic, freewheeling when you lift off and requiring you to brake; and “Low”(L) mode, which aggressively recuperates power when you lift off, similar to a dynamo on a bicycle. Driving in L mode only requires one pedal, the accelerator, for when you lift off it’s like the car is actively braking. Even the brake lights come on. In addition there’s a steering wheel paddle that can be applied at any time and acts like a brake of sorts, recuperating energy when depressed and slowing the car down. Driving in L mode or with the paddle pressed, you can feel the resistance. It’s similar to running while held back by a rubber rope, the sort of training athletes and footballers often do.

At 1,616kgs, the car weighs about 200kgs more than a similarly-sized combustion engined rival. On the inside cabin space is bigger than the likes of the Nissan Leaf, as is boot capacity. In short, it’s a proper family car, the best of the bunch for now, leaving the likes of the €100,000 Teslas aside.

The new Ampera-e is also a small car that packs a big technology message. Part of the pre-drive presentation I attended involved 13 key points on the new tech in the car. I won’t walk you through the list but here is just a quick snapshot. Major innovations include new Michelin self-sealing tyres that are virtually puncture proof, a pedestrian warning system up to 30km/h developed in conjunction with organisations for the blind, an app that lets you locate and check the car remotely, and, of course, Opel’s impressive OnStar system.

Benchmarked against the BMW i3, the Ampera e-has it beaten in everything but badge snobbery. And that’s where it would struggle, if it ever got on Irish roads. At €34,950 in Germany after tax incentives, that seems too rich for most Irish wallets, particularly for an Opel hatchback. Unless future Irish governments are prepared to commit to an electric future and roll out incentives that match their Nordic rivals. Norway shows what can be achieved if authorities put in the effort .

Opel has 4,000 orders in Norway, already. Though it won’t commit to how many Ampera-e cars it hopes to sell in Europe, it admits it got the planning wrong, underestimating the potential demand.

The chances of ever seeing this car in Ireland is hard to forecast, but certainly not before 2019. If at all. This is essentially a GM car and with the sale of Opel to French car giant PSA, it may not be cost-effective to produce right-hand drive models for Ireland and the UK. Brexit further complicates the issue. Bosses at PSA may prefer to push on with its own electric product plans and add the Opel brand to the mix. Michael McAleer