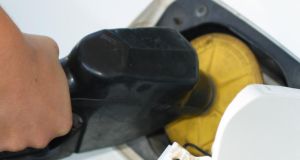 The price of a barrel of Brent Crude Oil has fallen quite dramatically in the past three months, from a peak of just under $115 a barrel in June to a current price that’s hovering around the $97 mark. Now, as a general rule of thumb, each $2 change in the price of a barrel should result in about a 2c change in the price at the pump. That’s not an exact science by any means, but taking it as a crude measure (no pun intended) it theoretically means that the price of unleaded and diesel should have fallen by about 17c per litre.

It hasn’t. In fact, according to the AA’s monitoring of nationwide petrol and diesel prices, the cost at the pump has gone up. We sit at an averaged nationwide price of €1.57 for a litre of unleaded 95 RON and €1.44 for a litre of diesel. That’s about 1c more expensive than the price in June, and 5c more expensive than the price in January, for petrol. The price of diesel has remained more or less static in that period.

So, what is going on? Sadly, the Irish fuel retailers we contacted have decided to remain silent but Dermot Jewell, policy and council adviser to the non-governmental Consumer Association of Ireland, suspects it’s partially down to apathy on the consumers’ part.

“History has brought consumers to the conclusion that they have no power whatsoever in challenging fuel prices. They have raised their voices many times but with little or no realistic effect. Prices fluctuate frequently and without any realistic, plain English analysis being put forward as to why this is the case.”

There is a further question, which is why are oil prices dropping so much when there is so much political and military turmoil in the Middle East. Traditionally, any upsets east of Suez mean a global oil trading market with a case of the jitters and a consequent raising of prices. This time around, the reverse has been the case.

According to Benno Spencer, Platts senior managing editor, Europe and Africa Oil, there is no one simple answer to that conundrum, but rather a mix of measures that are affecting the oil price. “Spot crude demand is currently tempered by healthy levels of crude oil in storage; refiners can pick and choose between a number of options, which in turn minimises much upside price potential. Outright crude oil prices have also been put under pressure by good supply and, on a more macro level, a weaker economic outlook. On the supply side, Libya is now producing around 800,000 barrels per day. This is fresh crude supply the market has not seen sustained for a couple of years. On the demand side, weak Chinese manufacturing data and generally weak Asian demand have both played their part while there are expectations of slowing industrial growth in the United States. The geopolitical tensions in the Middle East are not playing the part many thought they would a month or two ago. Focusing on Iraq, one of their benchmark grades, Basrah Light, has seen no disruption to its production on the back of the IS insurgency; indeed, many suspect it won’t now be impacted.”

With all that being the case, our fuel costs should be dropping, especially with inflation pegged at just 0.4 per cent. Certainly in the UK, which draws most of its oil supplies from the same Brent Crude supply as do we, prices at the pump have come down. Petrol has remained mostly static, hovering at £1.29 per litre.