First Bentley, now Volvo will deliver fuel to your car 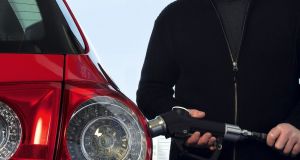 The future of the traditional forecourt petrol station could be in doubt, not because we’re all switching to electric cars but because more carmakers are now offering concierge services which deliver fuel directly to your car.

First it was Bentley, which in September began a California-based trial of a service which, when you request it via a smartphone app, delivers fuel to your car wherever it is parked.

An RFID system (similar to that used by touch-pay credit cards) allows the petrol tank to be unlocked and the car refilled.

Now Volvo is offering San Francisco-based car buyers the chance to try out a similar service. Three-hundred owners of XC90 and S90 models will be given access to the new concierge service, which will become part of the Volvo On Call mobile platform.

“Imagine parking your car in the morning at work and when you head home your car has been serviced, cleaned and refuelled. These are the kind of services we want to deliver to our customers. Our research shows that people spend hours every week doing these small errands – we want to give that time back to Volvo drivers, so they can do something more valuable instead,” said Björn Annwall, senior vice president of global consumer experience at Volvo Car Group.

A total of 49 per cent even said that they would like a service which moved their car from one location to the other when needed, which could become rather amusing if one forgets to where your car was delivered . . .

“Our approach is a simple one – we aim to make life easier by employing the latest connected technology in an easy-to-use smartphone app. We are taking an open and agile approach to this and welcome collaboration with partners with new and innovative service offers. This is just the beginning,” said Anders Tylman-Mikiewicz, vice president of consumer connectivity services at Volvo Car Group.

As with other such services, the system uses a one-time digital key which allows the fuelling or collection to access the car, move it if necessary and then relock it. It cannot be opened and used again without further permission from the owner.

The system can also allow for the delivery of bulky packages and parcels, by unlocking the boot to grant a courier one-time access to drop off items purchased or ordered online.

The pilot programme in San Francisco begins this month and it’s expected to be rolled out globally if successful.