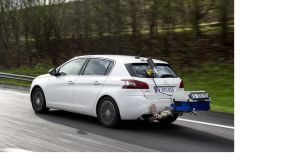 In what may be regarded as something of a turning point for Volkswagen after its diesel emissions scandal, many of the German car giant’s current Euro6-compliant diesel engines have been given a top rating in a new set of independent tests designed to replicate “real-world” emissions.

The Equa air quality index tests are carried out by an independent firm called Emissions Analytics. Nick Molden, chief executive and founder of the company, said: “There’s a great deal of confusion among car buyers on the subject of pollutant emissions, but we’re able to deliver impartial and precise information to help them buy better. We’re also looking forward to working with the industry as a whole to highlight the best vehicles available.”

Much as with current CO2-based motor tax bands, the cars are tested for their emissions of harmful nitrogen oxides (NoX) and are then rated from an A grade to an H grade. To be more specific, a car in grade A currently complies with all regulations, a car in grade B is within the proposed 2021 EU regulations, but a car in Grade C is only covered by current legislation up to 2019.

It is Volkswagen which has, substantially, come out on top in the Equa tests. Several Audi models (A1, A3, A4, A5 and RS3) were in grade A, as were all Seat models tested, the Skoda Superb, and all Volkswagens tested with the exception of the 2015 model Polo diesel.

However, that doesn’t quite tell the full story, as most of Equa’s tests so far have been carried out on petrol models. All petrol-engined VW Golfs, for example, passed with a grade A rating, as did the diesel Golf SV, but the diesel-engined Skoda Octavia – which is mechanically identical to the as-yet-untested diesel Golf – managed only grade C. Clearly, Emissions Analytics is going to have to run many more tests before we start to get a complete picture.

Most of the other cars getting a grade A, including the BMW 1 Series and X5, Hyundai i20 and i30, Mercedes-Benz CLA and the Opel Astra, were all petrol-engined, and petrol is naturally lower in NoX than diesel. Every hybrid model tested, including the Toyota Prius and the Porsche Cayenne Hybrid, also got an A rating.

Those cars in the worst band, H, are said by the tests to be emitting as much as 12 times the currently legislated level of NoX. They are the Fiat 500x, Ssangyong Korando and the 2013 model Audi A8.

While it might seem not bad going to have just three models in the worst band, 12 months ahead of legislation for real-world driving emissions coming into play, there are significant numbers of popular models in grades D and E, which are significantly above current emissions limits. Both Fiat and Ford have rejected the results of the tests, with both saying that they have doubts about the repeatability of the setup used.

Has Volkswagen, with its performance in these tests, managed to allay any or some of the criticisms which have swirled around it since last September? Or does a good performance now merely raise further suspicion? When is white white enough?

Given Mitsubishi’s revelations over the past week, and given that the Equa project is only just getting started, for the moment we are rather left with more questions than answers.