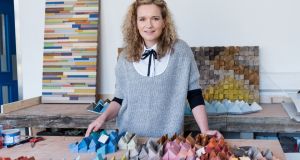 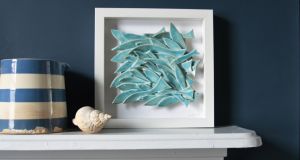 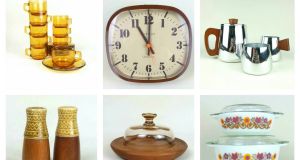 It’s safe to say that Ireland has long boasted a tradition of craftsmanship. And in recent years, age-old crafts have collided with the digital world, and now many of Ireland’s furniture designers, antiques dealers and creatives are showcasing their wares on the world stage. For many of them, Etsy – a website for buyers and sellers of handmade items and vintage finds – is often the crafty entrepreneur’s first port of call. Like a virtual craft fair or flea market, the site affords sellers the chance to create personal “storefronts” so that they can develop their brand fully and reach a global client base. The Etsy site is a decade old this year, but has certainly come into its own in recent times. With more than 54 million registered users, 25 million shoppers, more than 16 million sellers and more than 35 million products in the marketplace, Etsy can be as lucrative for sellers as it is competitive. And at this time of year, the race is on to get a slice of the festive gold-rush.

Originally from London, Sara McNally has created her business in the small town of Clonmany, on Donegal’s Inishowen peninsula. A milliner by trade, McNally has opened the virtual store Bickett & Pook (www.etsy.com/shop/BickittAndPook), specialising in vintage/retro gifts and homewares. And those looking for mid-century ornaments, kitsch 1980s kitchenware or art deco glassware will find much to like.

“Since I was a teenager, I loved vintage and owned several 1930s silk chiffon gowns even back then,” she says with a laugh. “My whole family had a love of antiques, although they weren’t the high-end kind.”

Bickett & Pook has been open a year, and has received a boost from McNally’s part-time job working in a local antiques shop (she also bakes for local cafes in the area). Most of her wares are procured at charity shops and car-boot sales.

“It’s something I do anyway, so I might as well make some money out of it,” she says. “I know that in Donegal, many people are running from the eras that I think are beautiful. They are much more interested in the contemporary. I’ll pick certain items up and my mother-in-law will say, ‘I don’t understand why people pay for this. I’d have put it in the skip.’ ”

Yet pay they do. Many of McNally’s Etsy clients are in the UK, Canada, Australia and the US: “You can tell when the currencies shift because you’ll see more clients buy in a certain country,” she says.

As for plans to expand: McNally and her partner hope to travel regularly to mainland Europe, to trawl flea markets and specialist stores for yet more items. French country “kitchenalia” is of huge interest, as McNally feels this will be the next big interiors trend to become airborne: “The only problem is people want to charge us crazy money to have something delivered to Donegal,” she notes. “Usually, I source locally, and my costs are very low, so I can afford to make my prices reasonable.”

“I set up my online shop on Etsy after I became curious to test the results of my hobby out online and see what people think,” she explains. “I took bright and clean photos of my work, spent some time working on descriptions and tags for listings, and to my surprise I quickly had my first few sales,” she adds. “After selling through Etsy for well over five years it has grown into a substantial part of my income. The beginnings were extremely slow, but with time the hours spent over the computer and experience business took off.”

Grudniewska attributes the healthy numbers of Irish creatives on Etsy to the economic climate of recent times.

“Looking at the growing number of craft businesses that sprung up over the last few years, I am sure the recession played a big part,” she says. “I’m sure there’s been many people who through an involuntary break in their careers discovered their hidden talents and let the creative juices flow. I find fellow makers beautifully supportive. I personally have never encountered rivalry; on the other hand I have been offered keen advice. Ireland is a very small market but there is never too much of good quality, well-designed local products if customers can appreciate it and understand the importance of supporting small businesses like me and many others.”

In the capital, meanwhile, Rainey Dillon has long made her living from creating art and furniture. Of late, she has hit pay dirt with the steampunk trend, and has created an eye-popping range of interiors and gift items, from one-of-a-kind assemblage sculptures to rogue taxidermy (www.etsy.com/ie/shop/TheJosieBaggleyCo). A taxidermist in Norway sources her items for the latter, while other ephemera – a St Anthony statue, an antique brooch – is occasionally sourced by friends.

“I delve into my own head and experiences, and then I find these old, well-made items, like a 100-year-old music manuscript book. Those ordinary items ignite an idea in my mind,” she reveals.

Bespoke commissions have become Dillon’s stock-in-trade, thanks largely to Etsy. Yet she is aware that, on occasion, Etsy can be a triumph of quantity over quality, and buyers need to trawl to find what they want.

“There’s quite a lot of crap on there . . . I mean, who wants furry laces?” she laughs. “For me, it’s important to offer a bespoke piece of art or furniture. People will know they’re getting something special that won’t be repeated.

“To prospective sellers, I’d advise them to be clear about what they’re offering and stick to it,” she adds. “Give people a sense of who you are . . . they’re parting with their money, after all. You also need to be original, as there’s absolutely no point in copying people.”

Certainly, Kasia McArt, who owns the Etsy store Art Glamour Sligo (www.etsy.com/ie/shop/ArtGlamourSligo), has carved out a niche with a singular and striking product. Her stock-in-trade is wooden wall sculptures and headboards, albeit with a difference. Sourcing the wood herself (often pallets), McArt designs her creation on paper and sends the wood to a local carpenter: the treated wooden shapes return to her, where she sands, paints, shapes or adds the finishing flourish.

“Customers send me a photo of their house or Pantone colours so that each piece will work with their interior,” explains McArt.

And in her case, necessity was indeed the mother of invention: “I started on Etsy as a photographer but the competition was too stiff,” she recalls. “I work in a manufacturing plant where there are no promotions or new jobs, and decided to create this sideline because of the recession; to start something on the side in case I lost my job.”

McArt still works in the plant, but her Etsy sales are increasing year on year. “Because one piece can take about three or four weeks, I’m selling more than I can make.”

Many of her clients are Americans in thrall to the idea of acquiring handmade art made from Irish wood, yet McArt has also recently shipped to India, Japan, Singapore and Mexico.

“It’s part of the reason I started to make these works of art,” she says. “So that something I made could have a life somewhere across the world.”