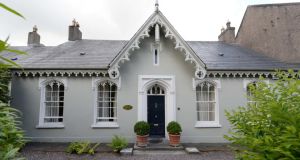 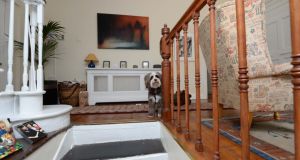 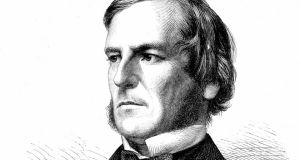 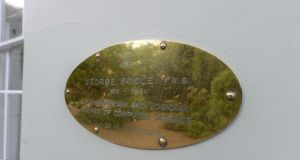 The plaque at the entrance to Lichfield Cottage, where the mathematician George Boole once lived. Photograph: Michael Mac Sweeney/Provision 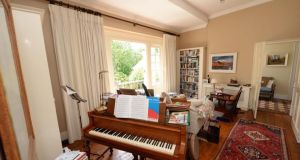 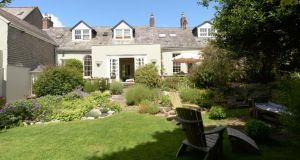 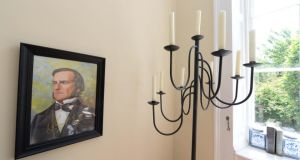 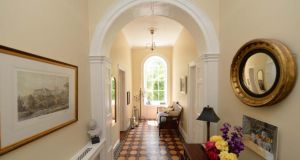 Only the Boolean enthusiasts at University College Cork could acclaim the connection between algebraic logic and Strawberry Hill gothic. The fervent energies of the celebrations of the 200th anniversary of the birth in Lincoln of George Boole are stirring the pot of Cork’s intellectual life to a wondrously reverential pitch, yet down here in Lichfield Cottage, where, in contrast to Lincoln, the astonishing self- taught mathematician died in 1864, all is serene.

Serenity seems to be his legacy at this low-set house, whose gothic traceries and pierced bargeboards evoke Horace Walpole’s London fantasy without disturbing Ballintemple, one of Cork’s most interesting suburbs. Even the plaque announcing Boole’s time here is modestly placed on the entrance, deep inside the garden gates on the Blackrock Road.

Modesty seems justified when it is remembered that Boole, his wife Mary and their five daughters, only lived at Lichfield for two years.

But it was in Cork that George Boole devised a mathematical language initiating the science and terminology of electronic circuitry, which eventually inspired later luminaries such as Turing.

As Ian Stewart has explained: “Boole’s reduction of basic features of logic to mathematics informs both computer software and hardware design,” so although for a while his achievements in innovative mathematics were acknowledged only by his peers, he is now at last established, in Stewart’s words, as “one of the great intellectual pillars that support our modern world”.

Cork can claim him because it was the foundling Queen’s College here in 1849 that appointed him, a mathematician of renown but without any university degree, as its first professor of mathematics. He did not disappoint, and it was at his house at Grenville Place beside the south channel of the river Lee and close to the college that he wrote one of his groundbreaking books, An Investigation into the Laws of Thought.

However, Lichfield Cottage has continuously displayed the sunnier side of high Victorian gothic at its domestic best, and it was here, in early 1863, that George Boole and his wife Mary (a clever young woman and niece of the surveyor who named Mount Everest) settled their growing family. There were four little girls by then, and the children must have delighted in what remains an utterly charming villa.

The long garden at the rear of the house is enclosed by three high old stone walls and shared by fruit trees and flowerbeds. A simmering Japanese maple has outlasted several owners and shades the lawn, the balustraded terrace and the short arcades under ebullient pergolas.

Discreet changes Inevitably in this year of Boolean compatibility, Lichfield Cottage is the home of Prof

Tony Ryan of UCC’s department of child health and paediatrics and his wife Jo-Ann. They have been here for 20 years and among their own discreet changes to a house that was already changed when they got to it is the transformation of a little shed into a conservatory, opening from the kitchen, where the eastern gable is faced with weather slating now rarely seen in Cork.

“It was in a poor state, but it still had this atmosphere of an oasis and it’s been a house with a good feel for us from the beginning and it’s been a fabulous house for our family,” says Ryan, who must by now be used to occasions on which Lichfield becomes a shrine.

While Jo-Ann revived the gardens front and back, the couple worked together on the interior alterations, which included turning a doorway into a tall arched window to light the hall, which runs the depth of the house.

A curving staircase twists to the second floor: like so many other aspects of the cottage spaces do not always declare themselves. There is what may have been a butler’s pantry, or at least a pantry even without the butler. There are shutters shaped to match the pointed windows and others, all in working order, still fitted with their bars and grooves.

There are coved ceilings, panelled doors and sitting rooms full of light from the south-facing walled garden. As Ryan describes the front door, with its series of locks and bolts indicating the generations of ownership at Lichfield, it’s obvious that while now comfortably modern and bright, Lichfield retains its original domestic coherence. There are no crannies, but there are lots of nooks that have found new function without losing their old relevance.

In a catastrophic oversight Boole had made no future provision for his wife and children in the event of his death, which took place – supposedly assisted by his wife’s homeopathic remedies for pneumonia, which entailed wrapping him in wet sheets – at Lichfield Cottage in 1864.

Other families have lived here at Lichfield, but none can have so greatly influenced a world that the Booles themselves could hardly have imagined.

Nonetheless, as his biographer Prof Des MacHale of UCC has written, George Boole’s life reveals that “there is an innate simplicity and humanity in genius, and that investigations in pure mathematics are worthwhile, both for their intrinsic value and beauty, and the possibility that they will lead to something useful and beneficial to society”.