Water charges will cause hardship to 20,000 with bowel disease, society claims 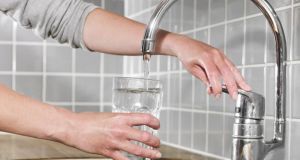 The society is lobbying Government politicians to either exempt IBD patients from water charges or to give a free allocation that would take their extra usage into consideration. Photograph: Thinkstock

The Irish Society for Colitis and Crohn’s Disease has claimed that water charges will bring unwanted extra stress to the 20,000 people in Ireland who have inflammatory bowel disease (IBD).

The society has warned that water charges will add to the financial burden of people with the disease, the autoimmune bowel condition that comprises both Crohn’s disease and ulcerative colitis.

The society is lobbying Government politicians to either exempt IBD patients from water charges or to give a free allocation that would take their extra usage into consideration.

The society’s chairwoman, Patricia McCardle, said an IBD patient could use the toilet up to 20 times a day, using much more water than usual, during a flare-up.

Flare-ups can last from two weeks to two months, and can have a severe impact on the health of sufferers.

She warned that if water charges were based on usage, IBD patients would face higher bills than the rest of the population.

Discrimination
The society states that such patients are already discriminated against as they are not on the long-term illness scheme and face expensive medications of at least €144 a month, even with the drugs payment scheme.

Ms McCardle said: “Many patients really worry about the monetary side and how they will be able to afford medications, and now they have the added stress of worrying about water charges.

“It is a vicious circle for patients too as stress causes flare-ups of the condition and there is nothing more stressful than financial worries.”

Next Monday, May 19th, is World IBD Day.

CervicalCheck tribunal to be extended due to days of delay