How you answered questions about relationships, intimacy, sex drive and fidelity 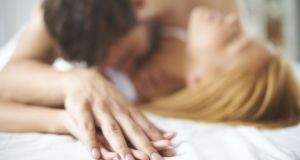 Our online sex survey, with more than 12,100 valid responses, gives us a glimpse into how people of all ages genders and and sexual orientations feel about their sex lives. To read the full results and analysis, see irishtimes.com/sexsurvey

Why do a survey that glimpses behind closed doors? As sex therapist Margaret Dunne says: “Such surveys help people address the ‘Am I normal?’ question, which I am constantly asked by my clients . . . This survey will assist readers to answer those questions by themselves.”

A striking finding in our research is that women are more likely to express satisfaction with their sex lives: 41 per cent say they are “very happy”, compared with 30 per cent of men. According to our survey, lesbians are the happiest of all.

“This is interesting, as usually men are found to enjoy their sex lives more than women do,” says sexologist Emily Power Smith. “I wonder whether the men in this survey may have been describing their lack of satisfaction regarding the amount of sex they are having rather than the quality of the sex.

“Straight men tend to find the quality of sex better than their female partners do,” Smith adds. “Quantity tends to be more their concern.”

Considering lesbian and bisexual women report having the best sex, Murphy suggests that “it’s worth asking why lesbian women enjoy sex the most: [it’s] probably the sex least likely to be on the dominant-submissive continuum. Is the fact that heterosexual men enjoy sex the most related to the fact that sex is mostly constructed on heterosexual male grounds? If this were extended, perhaps more people would report satisfaction.”

Satisfaction is what good sex is all about. So what makes good sex? Women were most likely to say said “trust” (26 per cent) while almost one in four men answered “feeling desired”.

“Trust seems to be a more important factor for female respondents than males. I think this is probably true of the general population, as women need to be able to bond and connect that bit more than men in order to be sexual,” comments Teresa Bergin, a psychosexual therapist.

“What’s striking here is the difference between heterosexual men and women in the importance of trust creating good sex,” says psychotherapist Brendan Madden. “Feeling desired is an important aspect of sexual attraction for both, but trust – which is about feeling safe and secure and an ongoing commitment – is highest for women.”

Men and women alike in our survey want almost the same things from a relationship. “It is fantastic to know for a fact that trust, communication and feeling irresistible are essential for desire and intimacy to work: it makes one wonder about one-night stands and satisfaction,” Murphy comments.

Sex is the glue that keeps couples together. Six out of 10 of all respondents said that sex is “very important”, with heterosexual men most likely to rank sex as “very important” (66 per cent), showing that sex seems to be a higher priority for men than for women.

“Many couples do not have sex and often make the assumption that the partner sees the lack of sex the same as they do,” Murphy comments. “This is usually not true and this answer would support this assumption.”

Based on her own experience as a counsellor and sex therapist, Margaret Dunne feels that the finding that 17 per cent of couples who have been married for more than 30 years haven’t had sex in the past year is low.

Creating good sex depends on one’s gender and sexuality. “Straight and bisexual men don’t rate ‘trust’ as the most important element for creating good sex between partners,” says Smith. “This may be connected to the numbers of straight and bisexual men who go outside their relationship for sex, perhaps to feel that level of desire they are missing with their partner . . . Intimacy and great sex are not the same for many people.”

Being physically affectionate without having sex is something that 90 per cent of people in relationships experience, but without affection there “is little hope of intimacy”, Murphy states.

“In my work I meet a lot of couples who do not engage in affection other than sexual touch because all affectionate touch has become associated with foreplay,” says Smith. “In other words, if a partner does not want to be sexual they will avoid anything that could give the impression that they are open to being sexual. This will often include hugging, kissing (beyond a peck on the cheek), cuddling, holding hands or sometimes even sitting close on a sofa. They might also avoid any touch once in bed. However, they may not register that they are doing this and may, at first, consider themselves affectionate.”

Male partners will often consider themselves affectionate but in their minds the initial hug or touch is a precursor to sex, so while the touch itself isn’t sexual, the message that goes with it is suggestive, which may make the female partner dread that touch, she adds.

The Irish may appear to be a faithful lot, according to the survey, which finds that just over 90 per cent of people claimed to be monogamous. On the other hand, one in five people skipped the question, perhaps fearful of revealing too much even though the survey was confidential and anonymous.

The seven-year itch was evidenced in the survey, with most affairs happening at that point in the main relationship, leading Murphy to suggest that “seven years often seems to emerge as a time in a relationship when things need to be reevaluated: perhaps this is a good idea, with both people recommitting or otherwise to the exclusiveness of the relationship.”

Lesbians are least likely to have cheated (2 per cent), followed by straight females (4 per cent), while nearly one in three bisexual males have strayed. One in seven bisexual males and females were in open relationships.

“It’s fair to say that questions regarding infidelity are generally under-reported as affairs, for understandable reasons, are kept private and secret,” says Madden. “That said, it’s interesting to note that the majority of people who have had affairs have not disclosed this to their partner.”

The 90 per cent monogamy rate – if it is accurate – shows that people aspire to exclusivity in relationships, says Murphy, although the rules are different for gay men and bisexuals. This leads her to wonder whether these two groups have a stronger need to explore their sexuality.

When we asked about the frequency of being “unfaithful”, 54 per cent of heterosexual male cheaters and 42 per cent of heterosexual female cheaters said “on a few occasions”. But women are more likely to be involved in long-term affairs, rather than having one-night stands. “This would seem to support the idea that men have affairs for the sex and women for the intimacy or relationship,” says Murphy. “Men have often said that the affair had nothing to do with their primary relationship, whereas women who have affairs tend to know that it is directly related to a lack in their primary relationship.”

However, we must sound a note of caution regarding how people define “monogamy”. Is it a full-blown affair, or a stolen kiss and cuddle? “We don’t know what the respondents regard as cheating,” comments Smith. “Some women consider watching porn as cheating. Some men think chat-room sex and using sex workers is not cheating. Some people, particularly women, engage in emotional affairs where they can experience all the romantic and sexual feelings of an affair without ever acting on them. Some people don’t consider it cheating if they don’t care for or love the person they are having sex with.”

The Irish Times sex survey was conducted on irishtimes.com over the course of a week in June 2015. A total of 12,639 participants completed the survey (a 71 per cent completion rate), with 12,134 responses used in the follow-up analysis. Over 500 responses were excluded, the vast majority because the participant was under the age of 17 (below the required age to take part) or where it was obvious that false information had been provided. Click here to view the full results, including interactive graphics.