Starbucks and love-bombing: how to deradicalise a teen 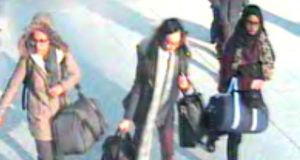 CCTV: Amira Abase, Kadiza Sultana and Shamima Begum on CCTV at Gatwick Airport, on their way, it is thought, to join IS militants. Photograph: Metropolitan Police/AFP/Getty 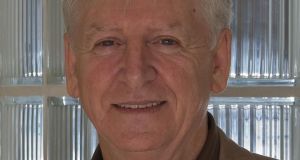 Suicide bombing: Owen Connolly, who helped to stop a 17-year-old schoolgirl blowing herself up in a London department store

When Owen Connolly heard on the radio about the three missing London teenagers who had boarded a flight to Istanbul, he had an all too familiar feeling. The news that Amira Abase, Kadiza Sultana and Shamima Begum have since crossed into Syria, where it is believed they are planning to join Islamic State militants, has confirmed many parents’ worst fears: that their own children might be radicalised and recruited into an extreme organisation.

For Connolly, a consultant psychologist in Stillorgan, Co Dublin, the news brought him back to 2003, when he was working as a psychologist in London. “A very distressed gentleman came in, eastern European, who was upset because his 17-year-old daughter had disappeared. What made him concerned was that he’d found some papers that she had written, saying goodbye to her family and that she was soon going to be with her granny and all their other relations who had passed.”

Connolly interviewed the girl’s family, and it didn’t take him long to discover that she had, as he puts it, “started a process” a year before her disappearance. She had become more deeply religious, wanting to wear the hijab, which concerned her family, who were dutiful Muslims but by no means ultrareligious.

After school the girl had been meeting Moroccan radicals who were known to the authorities; one man in particular took on the role of father figure, although she claimed he was her boyfriend. “This guy claimed to really love her and care for her, and groomed her along the faith side, helping her to understand how God was going to be her great protector.”

The family didn’t know where she was living, but they got messages to her through friends. She eventually agreed to meet Connolly and his wife, Claire, at a Starbucks in Piccadilly, but insisted on bringing along her “boyfriend”.

“Claire and I arrived and went to a sofa at the back, where we were told to go. The MI5 guy comes up to us and says, ‘Don’t worry, we’ve got people in here. If there’s any problem just stand up, and we’ll take care of it.’ My poor wife was terrified.”

It was clear to Connolly that the girl was totally under the man’s control. “The way he’d look at her, cut her off from saying anything. She was so brainwashed that he only had to make a phone call to her and she would change, just like that. We had to get this girl away from him.”

The family eventually obtained a court order to have her brought home, where she was seen by Connolly. “I wouldn’t have been critical of her faith or the way in which she was trying to have a relationship with God. Whatever a person’s religion is, the one thing you don’t go after or start attacking is their relationship with their faith.

“Instead I would explain to her this process, how her need for love had been used to control her – she craved to be loved by her dad, but he was always away.

“You felt you had her won over, and then she’d get a phone call. So we had to get her out of the country. She agreed, but only until December 23rd. She had to be back in London for December 23rd.

“As it happened December 23rd was the date she was to be strapped with bombs, walk into a department store in London and blow herself up. That was the deal.”

Connolly and his wife flew to her home country, where they worked with her for up to 10 hours a day over 10 days, to try to deprogramme her. It was during that marathon session that she revealed the plan to commit an atrocity in London.

“You’re conscious all the time that the process you are doing is very similar to what they have been doing. It’s the same methodology. It’s love-bombing: reminding them how they are loved. There’s a similarity between brainwashing and the undoing of it.”

The moment he knew he’d reached her, says Connolly, was when she handed him her phone. But Connolly, who specialises in working with families dealing with trauma, believes that young Muslims in Ireland are in danger of falling under the spell of extremists.

“My concern is that young Muslim girls growing up in Ireland would see the hedonistic behaviour around them, and they’d be ripe to be encouraged to go off and join IS, like the girls in London. That’s the worry.”

Parents need to be vigilant for signs that their children are being radicalised, says Connolly. “You’re watching for secretive behaviour, that they’re not telling you where they’re going or who they’re contacting. What are they getting on their phone, on the internet? Who are they communicating with? You have to be really on guard as a parent.

“This young girl is fortunate. She came away from that. She now goes to university. It took her a while, but when the light went on she realised that the people she hurt the most were the people who loved her the most.”

Owen Connolly is a marriage and family therapist; counsellor.ie