Can a marriage survive an affair? 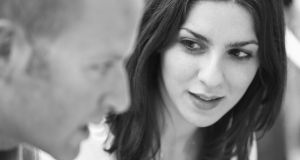 A lot of the time an affair happens because something is not working in the relationship. Instead of one or both facing each other about what’s going on, it’s more tempting to project those energies outside. Photograph: Thinkstock

There is nothing random about January being a peak month of the year for relationship counsellors. The combination of the emotional intensity of Christmas and the tendency to reassess life at the beginning of another year can heighten dissatisfaction with a partner.

If it’s just a “niggle” and you recognise it and give it some attention – making time for each other and talking – you’re probably in a fortunate position, says psychologist Fergal Rooney, head of the healthy relationships and sexuality services at St John of God Hospital in Dublin.

“Very often the niggle goes on, unaddressed, and that is where the ground work is being laid for more significant issues to evolve over time that are going to be harder to manage and harder to address.”

Whether it’s just a sense that things aren’t great between you and your partner, or a full-blown crisis such as an affair, people need to communicate about what is going on for them, he says.

Bernadette Ryan, a therapist with Relationships Ireland, says if the problems arose over the Christmas period, you should try to step back and see if you can understand what is going on.

“My rule of thumb would always be go and seek professional help first – not just because I work in this area. Give the relationship a chance, particularly if it is after Christmas,” she says.

If you could listen to yourself and your arguing, it is usually “you, you, you you . . . ” she says. “Relationship counselling can help you step back from that and, in a non-judgmental way, mirror back to you what is going on. Sometimes it can be very enlightening to hear what is going on through an objective perspective.”

However, counsellors aren’t in the business of saving relationships, she explains. They are there to work with couples in whatever way they choose.

“If the relationship is over, we will help them separate in the best way possible – it can still be helpful and supportive.”

Sometimes couples go in with a “split agenda” – that’s where one person knows it’s over for them but is not really saying it. That person is going in either to get the counsellor to say it for them, or to be able to claim “I tried everything.” Sometimes it is to let the partner down gently.

“It’s a very tough situation where one partner doesn’t want it to end and the other has already left it psychologically.”

Positive indications that a relationship can be salvaged, Ryan says, include a good friendship and signs that they genuinely care for each other – even if they can’t stop arguing.

She refers to a finding by renowned US therapist and relationships researcher John Gottman. He found couples in long-term, happy relationships would say 65 per cent of their problems never get resolved.

“Happy couples learn how to give and take,” she says. “But for unhappy couples, it becomes unsafe to give in; they argue over everything, they need to be right, they exhaust themselves.”

However, she would worry about couples who say they never argue. “Where is the energy for the relationship?” she asks.

The continuing of sexual intimacy is also another hopeful sign for sustaining a relationship. However, quite often sexual drive can be lost under the weight of problems in a relationship.

“Even when a couple come in and say ‘we’re not having sex’, we look at the relationship first,” Ryan says, because resentment and conflict can snuff out desire. While Relationships Ireland offers psycho-sexual therapy, the priority is to get the couple’s relationship into a good place before working on any sexual dysfunction.

If it’s the discovery, or disclosure, of an affair that has torpedoed a relationship, it’s going to be a hard and painful business to repair it, but it is possible, says Ryan.

“Don’t panic – it’s tough that it happened but there is a way back,” she says. However, the longer the affair has gone on, the more difficult it will be.

For women, it is the emotional investment of their partner in somebody else that is most upsetting. For men, it’s the sexual betrayal that hurts most, she says.

“A lot of the time an affair happens because something is not working in the relationship. Instead of one or both facing each other about what’s going on, it’s more tempting to project those energies outside.”

The good news, says marital therapist and author Andrew Marshall, is that although people dealing with affairs usually arrive in his counselling rooms as the angriest and the most upset of all his clients, they generally leave the happiest. That is because they are prepared to look deeper than everybody else.

“We all know where the hidden bodies are in [our relationship] – she earns more than he does and he doesn’t like her mother,” he says.

“Most couples don’t go there because it doesn’t make particularly nice conversation so they let the bodies fester. But after infidelity, they actually deal with the issues.”

Although the fall-out from an affair can seem like the worst thing possible, it can be a very positive time to turn your relationship around – “but you have to do the work”, he says.

Firstly, he cautions against making your mind up too quickly on whether or not the relationship can be saved. There’s an expectation that, on discovering an affair, you are either going to throw him or her out, or say “I forgive you and let’s try again”.

“I would say that is stage three,” says Marshall, whose latest book, I Can’t Get Over My Partner’s Affair, was published last October. “Stage one – you are in shock, denial and disbelief and that is the worst time to make a decision. If you do throw them out, then they are going to take all sorts of information that you probably want with them. And if you forgive them straight away, they have no incentive to tell you stuff.”

Stage two is intense questioning; working on the relationship starts at stage three. “Whether you decide to separate or stay together, the first step is exactly the same – understanding, and trying to improve your communication.”

Marshall likes to use the equation: problem + poor communication + temptation = an affair. It might be an individual problem, of his or hers, or it might be a long-running problem in the relationship. However, even the most difficult thing can be sorted if you can talk about it, he says.

Most of the couples who stay together after an affair have children, he says. For those who do separate, you are still going to have to communicate as parents, he stresses. Therefore, all time spent on communication is not wasted, he says.

Think very carefully about whom you tell about the affair, he advises. “In general, the fewer people you tell, the better. I have had people who canvas everybody about their opinions including their hairdresser – getting people to vote like The X Factor doesn’t help.”

In particular, don’t rush to tell your children. Marshall notes situations where a wife has forgiven the husband, or vice versa, but the daughter hasn’t and that creates ongoing problems.

“Involving your children just dumps adult stuff on to them – even if they are adults themselves, they love both of you and don’t want to be taking sides,” he says.

While he doesn’t think professional help is essential for a couple to recover from an affair, they will be going through an “incredibly painful” time.

Reading a self-help book on the topic will at least make you feel less alone.

However, the problem with, for example, venting on a parenting forum is that the person will “get a string of angry people saying you’re right and s/he’s wrong – that feels great for five minutes but what do you do next?”

The feeling of shame that the person who has had the affair may feel is often underestimated. Generally people don’t have affairs because their life is great, says Marshall.

“Often they are depressed and they are not aware of their depression,” he says. “They try to self-medicate with alcohol or an affair, because for a whole 30 seconds you feel wonderful.”

Although it might sound counter-intuitive, there can be a new strength in the relationship if a couple stick with it and work on it after an affair. The couple will have a much more grounded, realistic sense of each other, says Fergal Rooney.

“By virtue of having done the therapeutic work, they will be forced to look at issues about themselves and about their partner that is going to be really challenging”, but also has great potential for personal growth. If couples are able to do that, they can find their way back to trust.

“But it is a different type of trust, more realistic,” he adds. “It’s eyes wide open stuff.”