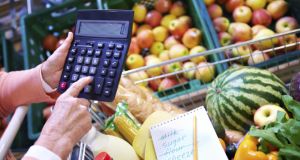 Miss South never expected to be poor. Born in Northern Ireland, the popular food blogger and cookbook author is educated, well-spoken and from a middle-class background. She’s keen to work but, for over a decade, has been too ill to hold down a job. The idea that it’s easy to eat well on a budget – often repeated by celebrity chefs including Jamie Oliver – betrays a total misunderstanding of the depth of poverty for millions of people in the Western world, she says.

Miss South, who lives in London, has maintained her anonymity because, she says, there is a tabloid-driven stigma about people on benefits, who are often portrayed as “scroungers”. She feels that shopping around, eating porridge and lentils, and buying in bulk at Lidl and Aldi is well-meaning advice, but says that frozen pizzas, chips and crisps are almost invariably a cheaper – and often necessary – option.

There’s hard data to back up Miss South’s views. Last October, researchers at the University of Cambridge released the results of a comprehensive study which showed that healthy food costs up to three times as much as unhealthy food – and this price gap appears to be widening. Anti-poverty charities say that the problem is broadly similar in Ireland.

The debate around healthy eating is too often infused with classism, says Miss South. “A middle-class woman had a trolley full of posh ready meals, including some with salmon, and lots of wine from a more expensive supermarket. If she’d been in a cheaper shop with value spaghetti Bolognese meals, she would have been sneered at. If she has an expensive biscuit that’s full of sugar, that’s fine. But a cheap packet of custard creams? Dirty b*tch.”

Misplaced advice doesn’t stop there, she says. “Getting a cheap shin of beef and cooking it for five hours seems like a good idea, but if that means having the cooker on for five hours, it’s eating into your tiny budget for electricity and may mean you can’t wash your hair or clothes,” says Miss South. “Many people have around €10 to €15 a week to spend on food. Many of these have an illness, disability or associated food allergy or intolerance that limits what they can eat.”

She points to other factors. Parents need to consider what will fill their children so, in low-income families, starch and carbohydrates must take priority over vegetables. Raw ingredients such as lentils and mince need spices or condiments, and it costs money to build up a store cupboard.

All this suggests that a proposed tax on junk food would serve only to hit the people on lowest incomes hardest.

Last month, the Central Statistics Office released data which showed that in 2013 more than a million people struggled to afford the basics, with rates of deprivation rising from 13.7 per cent in 2008 to 30.5 per cent in 2013.

The number of people found to be consistently poor also went up from 7.7 per cent to 8.2 per cent. One child in eight lives in poverty. Food is among the basics that many people struggle to afford.

It’s not impossible to eat well on very little money, and people have figured out ways, but it’s harder than many of us give credit for. Miss South has found a method that works for her: a slow cooker.

It uses low amounts of energy, gives out heat which means she doesn’t have to put the radiator on, and can cook four portions of food using cheap ingredients such as pulses, root veg and cheap cuts of meat.

Sinead Keenan is the project coordinator at Healthy Food for All, an all-island charity that works with families and communities at risk of poverty. “We have high food costs in Ireland, and food is a flexible item when bills are coming in,” she says. “Social- welfare recipients have seen their income drop by between 5 per cent and 8 per cent since 2008, and this has had an impact on people’s ability to access a quality, nutritious diet.”

There are, she says, four factors behind food poverty. The first is affordability, with Ireland having particularly high food costs.

The third factor is availability, with an abundance of offers on convenience foods and less on fresh foods.

Finally, many people lack the skills and confidence to cook healthy options, and a parent on a very low income can’t afford to risk new foods in case their children don’t like them.

Initiatives are being undertaken to tackle the problems, including breakfast clubs, local education schemes in particular schools and various community-led initiatives that are being supported by Healthy Food for All.

People are figuring it out, and improvements are being made. But the education is primarily aimed at working-class communities and people on low incomes; maybe there’s just as much need to tackle entrenched middle-class attitudes about the causes of food poverty and poor diets.

The Irish Times visited a branch of Aldi to explore the difference in price between healthy and less-healthy options. Our experiment was not scientific, but it did show how the Cambridge study can apply to Ireland.

At Aldi, the most notable difference is in the price of snacks.

White bread was 10c cheaper than brown; this may not seem like a lot, but it could mean a saving of 50c on a strict budget.

Take the ingredients needed for a chicken and vegetable stir-fry. Some of these – a 1kg bag of carrots, a single pepper, onions, garlic, very cheap chicken breasts and rice – still comes to €7.34 at Aldi, before any soy sauce, which brings it over the €8 mark (alternatively, go for cheaper cuts of chicken and take the cost back down to about €6).

It’s good value, undoubtedly, but nonetheless a struggle on a very low income. There’s no guarantee that children will eat it all, and there may be some wastage of carrots.

A 450g packet of cheap chicken nuggets with low nutritional value (€1.65) will feed the children for a few days and that, with a 1kg bag of chips for 99c plus some tinned baked beans, comes in much cheaper than most vaguely palatable stir-fry options.

That said, a 7.5kg bag of roosters at Aldi is just €3.69, although not everyone will have a private car or the ability to lug those potatoes home.