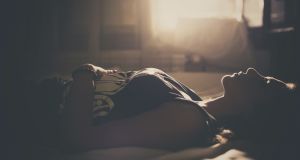 Depression research has entered a new era with many different personalised treatment being tested around the world. Photograph: iStockphoto

When the “sunshine drug” Prozac was approved by the FDA in 1987, it was hailed as a miracle drug and paved the way for the next generation of antidepressant medications.

The SSRI’s (Selective Serotonin Reuptake Inhibitors) revolutionised the treatment of depression and anxiety, and had far fewer adverse side effects than the older antidepressants on the market.

For more than 50 years, most research had been based on the theory that depression results from a deficiency of chemical messengers called neurotransmitters that carry signals between brain cells. The SSRIs became the most widely prescribed antidepressants across the world and most of the new treatments developed since then have been variations of this class of drugs.

However, with drugs like Prozac, Zoloft and Paxil inducing remission of depression in fewer than half of patients, researchers are now looking beyond neurotransmitters for an understanding of depressive illness.

In Ireland, it is estimated that one in 10 people (450,000) suffers from depression at any one time, according to support organisation Aware.

Depression research has entered a new era with many different personalised treatments currently being tested across the world. Treatments include new medications, electrical and magnetic stimulation of the brain and new bacteria known as psychobiotics.

Cognitive Behavioural Therapy (CBT) has emerged as an effective treatment for depression and anxiety in recent decades with studies showing the short-term talking therapy is as effective as antidepressant medication.

However access to treatment can be an issue for patients unable to pay for private treatment.

Exercise has also been proven to be effective in treating mild to moderate depression and may play a supporting role in treating severe depression, but depressive symptoms may be a barrier to physical activity.

Studies have found exercise promoteschanges in the brain, including neural growth, reduced inflammation, and new activity patterns that promote feelings of calm and wellbeing.

It also releases endorphins, powerful chemicals in your brain.

The treatment uses magnetic fields a fraction of the strength but at a higher frequency than the electromagnetic field used in Transcranial Magnetic Stimulation (TMC) and the controversial electro-convulsive therapy (ECT).

One promising area of research is the identification of bacteria in the gut known as psychobiotics to treat mild to moderate depression and anxiety. Professor of psychiatry and principal researcher at the Science Foundation Ireland-funded APC Microbiome Institute at University College Cork (UCC), Ted Dinan, predicts a psychobiotic revolution within the next five years.

“There is increasing evidence from work in the APC Microbiome Institute that alterations in gut microbes may predispose to mental health problems.

“We have identified bacteria called psychobiotics which have a positive mental health benefit. There are approximately 1kg of bacteria in the adult gut, the same weight as the human brain. In the absence of gut bacteria, the brain does not develop normally,” he says.

Dinan expects that other therapies for psychiatric conditions which may emerge are antibiotics targeting “bad” bacteria or even faecal microbiota transplantation, a therapy currently confined to people with intractable clostridium difficile infection.

“My objective as a psychiatrist is to see the development of new treatment for milder forms of depression and anxiety. There is a big unmet need in this area.

“People don’t want to take antidepressants if they are mildly depressed or anxious and while psychological intervention can be effective, it takes a long time and is expensive.”

One of the main advantage of the psychobiotics, says Dinan, is that they are safe and harmless for human use and have no adverse side effects. And while a new antidepressant drug takes about 10 years to bring to market due to all the regulatory hoops, it is possible that this bacteria will be available within the next five years.

Half of all patients with irritable bowel syndrome (IBS) also have a diagnosis of anxiety or depression and one of the most widely used treatment for IBS is probiotics.

However, Dinan warns that “enormous and spurious claims” are being made about probiotics.

He says that most don’t make it past the stomach acid, however “a few have enormous implications for the future of psychiatric medication”.

Irish researchers are also at the forefront of the development of new treatments for severe, treatment-resistant depression. The illegal party drug Ketamine has been identified as a potential treatment for severe depression at low doses.

One trial at Oxford University in 2014 found positive responses to Ketamine by a small group of patients who had stopped responding to other anti-depressants.

Sufferers who had failed to respond to anti-depressants such as Prozac reported “feeling themselves again” days after intravenous infusions of the class 2 drug. And relatives told doctors it was like having the sufferer “back again”.

While ECT is seen as a controversial treatment due to its association with cognitive side effects, including problems with memory, it is regarded as the most effective treatment for severe and life-threatening depression.

Up to 400 patients in Ireland undergo ECT treatment under anaesthetic every year, which involves an electrical current being passed through the brain to induce a brief seizure.

New research from the Department of Psychiatry and Institute of Neuroscience at TCD has found that by modifying ECT, memory side effects can be reduced while maintaining the therapy’s effectiveness.

By altering the position of the electrodes on a patient’s head when carrying out the therapy, researchers found side effects to the brain could be reduced.

ECT is believed to work by increasing the production of growth factors in the brain and improving connectivity between nerve cells. About 6,000 people are treated in Irish hospitals for severe depression every year.

While some respond well to medication and counselling, about one-third do not respond to these therapies.