Liquorice, lather, and lies about whiskey 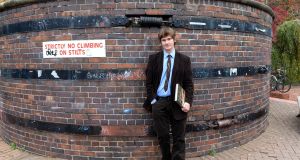 Fionnan O’Connor ’s new book, A Glass Apart (Images Publishing, 2015), charts the rise, fall and rise again of Irish whiskey and his search to find the remains of Ireland’s silent stills, as well as capturing its future. O’Connor is passionate about the spirit and brings a level of expertise to its story that is enthralling.

Wrapped up as he is in where the industry is heading, he has a constant eye fixed on recapturing the rich flavours and tradition that started it all . He’s pictured above at the hulking copper stills that Powers abandoned when it closed the John’s Lane Distillery in Dublin, one of many ghosts of our whiskey past, littered around the country. The extract below is the introduction to his book and captures in 900 words the flavour, excitement, process and legacy that fuels his ambition.

EXTRACT:
Preface from A Glass Apart: What is Single Pot Still Whiskey? Liquorice, Lather, and Lies about Whiskey

Also called Pure Pot Still Whiskey, Irish Pot Still Whiskey and once upon a time just Irish Whiskey, what we now call Irish Single Pot Still Whiskey is whiskey made by a single distillery from a mixture of malted and unmalted barley, distilled together in a traditional copper pot still. It is not a blend. It is not a single malt. It has absolutely nothing to do with the sweet, delicate, ‘easier to drink than scotch’ whiskey someone once told you Irish whiskey was. Full-bodied, utterly unique, and tragically tied to Ireland’s ghost town landscape of silent distilleries, Irish pot still has attracted one of the whiskey world’s most obsessive cult followings this side of Islay.

The spirit’s closest relative is probably the single malt, a style similarly made from barley and slowly distilled in a pot still. They are both aged in seasoned oak casks and they’ve both enjoyed a certain fascination for their rich flavour and versatility. In fact, they are separated from each other solely by one step in their production: the addition, with each batch of malted barley, of a portion of “husky” raw barley.

The percentage of this unmalted barley varies from whiskey to whiskey (and even used to contain portions of other raw unmalted grains such as oats and wheat) but this single decision echoes through the flavours of every subsequent step in the whiskey making process. The result is a whiskey with the same full-bodied complexity of its single malt sister but with a bizarrely spicy edginess from the raw barley as well as a noticeably thicker texture.

Although Ireland, like Scotland, has a long history of single malt distillation, it was single pot still whiskey that the world once looked to as the definitively Irish expression of the distiller’s art. During its golden age in the late nineteenth century, “Irish pure pot still” was the British Empire’s drink of choice. Not only were international spirits merchants selling about three Irish cases to every case of Scotch, but “Irish style” whiskey had become the second most popular spirit in the record keeping world after rum. “Dublin sipping whiskey” had replaced cognac as the after dinner tipple of the British aristocracy while the dense fullflavoured tipples of the Dublin distillers became synonymous with fine whiskey in the minds of the Victorians.

In the 1880s, the Englishjournalist Alfred Barnard made a grand tour through the distilleries of Ireland and Scotland and published his commentaries in 1887 as The Whisky Distilleries of the United Kingdom. Out of the twenty-eight Irish distilleries Barnard visited, only two were devoted to what we now call single malt whiskey. The rest were simply too preoccupied making one of the loveliest

drinks the world has ever seen.

A hundred years later, nothing was left. In 1987, Ireland was littered with the old stonewalls and malt chimneys of its long silent distilleries and there were only two single pot still whiskeys left in existence. One of them was only sold by a

specialist wine shop in Dublin and the other was in the process of being discontinued.

Old bottles of single pot still whiskey sat on bar shelves here and there across the country gathering dust and some even lay forgotten in private cellars. In their desperation to remind the world that Irish whiskey even existed, the marketing men at Ireland’s sole remaining whiskey company had been busy for years telling anyone who would listen that Ireland made a soft, unpeated, triple-distilled-forsmoothness alternative to scotch with all the intimidating bits left out. It was a lie.

What happened? Where did it all go? The drink that once lubricated Victorian Dublin and first convinced the world that whiskey itself was worth drinking had then vanished into near extinction. The story of Irish pure pot still whiskey’s creation, disappearance, and astonishing revival as single pot still is nothing short of remarkable. The drink itself is more remarkable still.

So what exactly is it? Basically, it’s texture and spice. Words like lathery and oily aren’t the most attractive of culinary terms but they’re among the best ways of describing the sheer physical density of a pot still tipple. There’s a heavy cream-thickness in it that feels like it wasn’t made from water at all but something closer to a mouth-filling winter soup. At its lightest, it’s velvety. At what Irish Distillers call its most traditional, it’s so oily it almost drips its own viscosity. That full-bodied density might be almost impenetrable if it weren’t for single pot still’s other signature trait: spice.

Glorious bristling “pot still spice.” The phrase has been tossed around more and more frequently in whiskey criticism following the drink’s recent revival. There’s nothing quite like it and it’s not even quite like spice. Imagine something almost spicy, almost gingery, almost liquoricey, almost like spry grass and with an aroma startlingly similar to Christmas pudding.

Dip the whole spectrum in brown sugar and let it distort every familiar malted barley or sherry cask flavour it touches. At its richest, this pot still spice rolls itself luxuriously across the tongue as it bristles with its own uncompromising texture.

It grips the palate with its rich unforgettable prickle and then, in reflection of its own sad history, lingers long after it seemed to disappear. 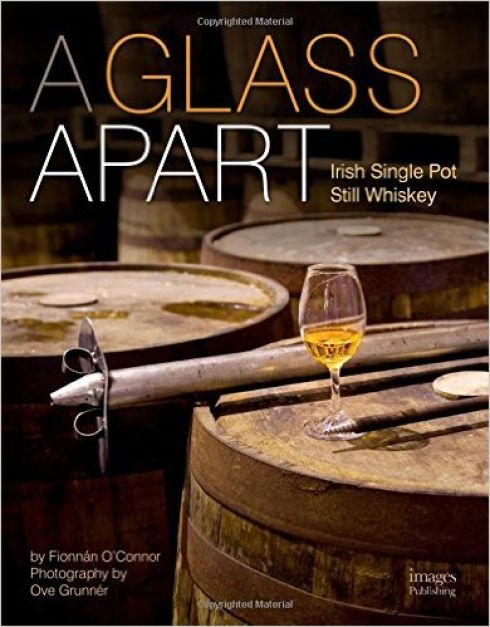