Could this one-night-per-week pub be one of the best in Ireland? 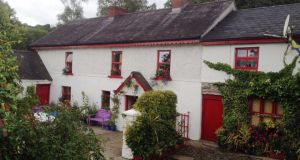 The single beer tap in Jim O’ the Mill in Tipperary is working overtime. There’s hardly room to move and certainly no chance of a seat as locals arrive through the half-door with fiddles, boxes and bodhráns in tow.

Hidden deep in the rolling farmland of Upperchurch, the Ryan family, led by Jim, open their home just one night of the week (Thursday) and conjure that impossible mix of music, beer, location and welcome that’s the essence of Ireland – and these days so very rare.

Jim and his wife Kae run a truly unique pub. Despite holding a seven-day licence, they put all their store in one night of the week and the flag-stoned kitchen, the parlour and bar have become a deep well of culture and craic.

They have five music-loving daughters, each their own anchor for the former mill, pulling young musician friends from far and wide to join Jim on fiddle and in song. It’s one of the most natural and open places I’ve ever visited and when trays of warm black pudding on wheaten bread appear at 11pm I’m convinced it’s the best pub in the world.

In the daytime, this is just a beautiful country house, bedecked in flowers and farming. There’s no suggestion of the wild, cultured tradition that takes over Thursday nights or of the throng of older people and young children that hold the kitchen with song and session from 9pm.

In the smaller, middle room, the great turf fire beats sweat and effort from an ever-growing group of energetic young musicians. Chat and laughter and strong Tipp accents charge through the room from the bar, and passion and drinking abounds. This is a pub to run with until closing as the night’s rhythm flows and explodes with abandon.

If you’re looking for the beating heart of Ireland, it’s here in Upperchurch.