Was the 1916 Rising morally justified?

An insurrectionary group must have solid evidence that they represent the people, says philosopher James G Murphy 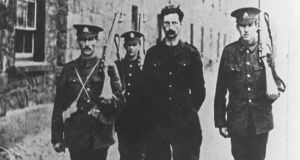 Former taoiseach John Bruton sparked controversy recently by questioning the necessity of the 1916 Rising. More to the point, however, were the “heroes” of the Rising engaging in an unjust act?

“Just war” theory is commonly invoked to establish whether certain conflicts – such as the Israeli attacks on Gaza or the US invasion of Iraq – are morally defensible. But what about historical violence that we continue to commemorate, if not celebrate, today?

Under the doctrine of “just war”, someone is justified in resorting to arms if the following criteria are met: (1) just cause, (2) competent authority, (3) comparative justice, (4) right intention, (5) reasonable prospect of success, (6) last resort, and (7) proportionality.

James G Murphy SJ, who teaches philosophy at Loyola University Chicago, and is author of War’s Ends: Human Rights, International Order, and the Ethics of Peace (Georgetown University Press, 2014), argues that there is a logical order to these criteria “so that, if the proposed resort to force doesn’t pass the earlier criteria, then passing the later criteria will be either impossible or irrelevant”.

Advocating more rigorous thinking about what precisely justifies the use of violence, Murphy provides today’s idea: The 1916 Rising does not meet the conditions of a "just war".

How do we get a world without wars?

James G Murphy: “We’ll be a step closer to that when Irish people – nationalists – are prepared to say the Easter 1916 Rising and the 1919-1921 War of Independence were not morally justified. It’s always easy to get people to denounce other countries or rulers for ‘warmongering’. For example, Ireland likes to do that about the US in recent years. But that’s cheap; the real test is whether they will say that about their own favourite wars.

“As long as human beings squabble and fight with each other, or do criminal acts, wars will be around. It’s an impractical idealism that imagines war could easily be abolished. And it may well be immoral for a country – or government – to take the position that it will never, on principle, engage in war of any kind, but be strictly pacifist.”

In your book, you advocate early intervention, pointing out that Hitler could have been stopped in Czechoslovakia. Is it better sometimes, then, to be a hawk rather than a dove?

“I suppose you could say yes. But it’s misleading. Best answer: it’s best to be realistic, and join together in international solidarity to impose order, using force if necessary. War is a terrible evil, in the sense of a destructive state of affairs. But that does not mean that any country going to war is acting immorally.

“[On] moral duties: (1) It’s immoral to cause a war or provoke a war or go to war without good reason. (2) It’s imprudent, reckless, and even irresponsible for a state to fail to see armed aggression coming towards it or its neighbours, and fail to take action.”

You argue that ‘competent authority’, not ‘just cause’, is ultimately the most significant criterion in an analysis of going to war. How so?

“Private individuals have no business or right to go to war. Leaders of the 1916 Easter Rising take note. ‘Just war’ theory is not a theory of self-defence, but part of a larger theory of good governance: the state must deal with armed criminals by no more and no less force than is necessary.

“It’s part of a theory of statecraft. An insurrectionary group must have solid evidence that they represent the people when they launch their insurrection.”

Dictators in Syria and Libya have been toppled. But were those ‘revolutions’ just, given the appalling violence that has followed?

“Was the 1919-1921 Irish War of Independence justified, given the Civil War that followed in 1922-1923? One can’t say it wasn’t. You’re making the utilitarian mistake of pointing to chaos, violence and disorder following a war, and then assuming that this must mean those who went to war acted wrongly. It doesn’t work like that. Let me explain a bit.

“Suppose you’re a parent. You do the very best you can by your children. One of them turns out very bad later on, and it becomes clear that some of the well-intentioned things you did for the child earlier might have encouraged certain bad traits. Did you then do wrong earlier?

“A utilitarian says yes; never mind that the consequences are not foreseen as likely, let alone as even possible. We can’t reasonably blame you. We can morally judge your action only on the basis of what was known to you at the time, or reasonably known.”

“Neutrality in particular instances is not necessarily immoral. Neutrality as a general policy of principle probably is immoral (I think so). It certainly means rejecting international solidarity and rejecting what international lawyers refer to as ‘the responsibility to protect’.

“It’s also incompatible with classical ‘just war’ thought, which in some ways has been coming back into fashion ever since about 1917.”

Question: “I’m off to college next month; any good Friedrich Nietzsche quotes I can use?”