Reality Bites explores the arguments for and against the Sexual Offences Bill, and its conclusions and testimony are unsettling 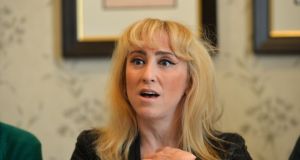 Paying for Sex, a one-off Reality Bites documentary, takes into account the stories of Rachel Moran and Kate McGrew, as they both campaign on opposing sides for the Sexual Offences Bill, which will make it illegal to pay for sex in Ireland.

Moran is a former teen sex worker and the author of Paid For: My Journey Through Prostitution, and she wants to see this new bill cross the finishing line. McGrew is currently a sex worker, as well as working in theatre, and she wants to decriminalise the sale of sex entirely.

Currently in Ireland, prostitution is not illegal, as long as it is done indoors, and one in 15 men pay for sex with women. The two women’s stories are so polarising, that the programme seems like a simplified view on prostitution.

We hear from “Ann”, a teenager who was trafficked into Ireland from Africa, raped in a safe house and then forced into the sex trade, and Tom Meagher, who explains the connection between his wife Jill Meagher’s murder and the misogyny that he believes is at the heart of prostitution. But the documentary does not shine enough light on the women who need this bill the most, women like “Ann” or other children.

As McGrew is filmed pottering about her apartment, fully clothed, and talking to a client over the phone, she appears to be fully in control of her decisions and that is the case for many sex workers. This is a chosen job and McGrew argues that if the purchase of sex is criminalised, it puts those sex workers into more danger as the trade will move deeper underground.

In one-hour, many topics in the sex trade are covered and whether the bill is passed or not, it appears that some women will be left unprotected. And that’s the unsettling conclusion that we are left with.