Luke Kelly: 30 years after his death, his voice lives on

The man from Sheriff Street, known for his expressive singing voice and generosity, left an indelible mark on Irish music and on the Irish singers who came in his wake 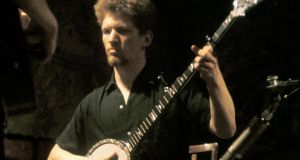 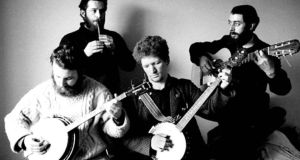 Kelly with The Dubliners 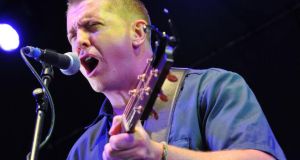 Luke Kelly died 30 years ago today, aged just 43. His legacy consists of his own achievements, and his influence, which lives on in the intonations of many Irish singing voices.

Having grown up on Sheriff Street in Dublin’s inner city, and having left school in his early teens, Kelly typified the hard working-class musician. It is perhaps fitting that one of his early heroes, Pete Seeger, should die in the week of Kelly’s anniversary.

The recordings of Woody Guthrie and his friendship with Seán Mulready would become strong musical touchstones for Kelly on his journey towards becoming one of the most significant figures in 20th-century Irish music.

An appreciation for traditional music is stirring among a new generation of music fans – many of whom weren’t even born when Kelly died in 1984. This is thanks, in part, to The Gloaming’s ascent. Like The Gloaming, Kelly produced visceral reinterpretations of songs that to many people were historical artefacts, rather than living pieces of musical art. In the process, he inspired and invigorated countless ballad singers.

Dissecting what makes an artist as emotionally fine-tuned as Kelly might seem overly clinical, but there was a magic in his voice that many musicians have since tried to tap into.

Sheahan’s tribute
John Sheahan, who joined The Dubliners in 1964, has written a sonnet to mark the anniversary (see below). Of Kelly’s talent, he says: “It’s to do with the nature of the way he sang – such passion and commitment – and he was a great interpreter of songs. He took risks in singing and in the manner he phrased songs. He would hold on for that millisecond longer than anyone else would dare to, then catch up on the melody and create a certain tension with the listener. It’s like a high jumper going those extra few millimetres and beating the height. Sometimes it works, sometimes it doesn’t. When it works, it’s wonderful. When it fails, you’re grateful they took the chance.”

Sheahan joined the band in the same year Kelly moved to England. “I joined The Dubliners partly because of Luke leaving,” he says. “He was a restless kind of spirit. The Dubliners were just getting established under Ronnie Drew at the time. When everything was going well, typical Luke, he was off.”

Sheahan says he was more conventional than Kelly when it came to music – “safe isn’t the right word” – whereas Kelly would embrace the changes in production and instrumentation that Phil Coulter would subsequently introduce.

Scorn not his simplicity

In Sheahan’s eyes, both Declan O’Rourke and Damien Dempsey are heavily influenced by Kelly. Dempsey remembers the impact Kelly had on him as a child – in fact, before he was even born. Dempsey’s mother worked in the Shieling in Raheny, which was part of a ballad group circuit that also included the Abbey in Howth and the Embankment in Tallaght. “She was a lounge girl and was pregnant with me at the time,” says Dempsey, “so I would have been listening to Luke sing in the womb.”

Dempsey’s father was a fine vocalist, singing Kelly’s songs in pubs and at house parties. On Sunday mornings, vinyl records of the Dubliners would go on the player in the Dempsey household. “You’d listen to the songs and they’d be seeping in,” Dempsey remembers. “I was like a sponge for [Kelly’s] songs.”

Aged 12, Dempsey cried in the kitchen listening to On Raglan Road, the first time a song brought him to tears. “His voice soothes me. I learned to sing by singing along to Luke’s recordings, and how to hold a note, and roll the note. He had a bit of west coast sean nós in there, how he could roll the note.”

A political animal
Kelly was keenly political, a member of the Communist Party and a fundraiser for Amnesty International. Sheahan points to his generosity as one of his defining characteristics. He remembers an occasion when Kelly’s wife, the actress Deirdre O’Connell, had returned from a furniture auction with a table. By coincidence, Sheahan’s wife had picked up a set of chairs at auction similar to the table, and he joked about the coincidence to Kelly. “Before I could say anything, he had the table out the door and strapped to the roof of my car. He had no great commitment to material possessions.”

When a Belfast family with whom Kelly and The Dubliners were friends were made homeless after being burned out of their house in the late 1960s, Kelly offered them the basement of his home, where they lived for a decade.

Dempsey cites Sinéad O’Connor, Seamus Begley, Frank Harte, and Christy Moore as being up there with Kelly. “It’s all in the voice. If someone believes in what they’re singing, and they’re living it, you can tell. You can always tell. You can nearly hear all the struggles of their life and what they felt for the world – you can hear it in their voice.”

Dempsey believes that passion in Kelly was intrinsically linked with his politics. “He was for the working man, the disenfranchised, the disadvantaged people. He was singing for them, for working people in general and for their rights and dignity.”

Dempsey’s favourite Kelly song is The Streams of Bunclody. But it’s hard to talk about Kelly without mentioning the masterclass in empathy that is Scorn Not His Simplicity, written by Coulter.

“His legacy was putting his own stamp on a song such that it became the definitive version of a song for others to come along and emulate,” says Sheahan.

“Kelly’s legacy is also the ongoing culture resonance of The Dubliners, who took songs people were familiar with – albeit in a rigid parlour or classroom setting – and reinvented them. Traditional music up until then was sitting down playing jigs and reels. We stood up. Here we are. Take us or leave us. No apologies.”

A fiery halo crowns your lived-in face,
You shine forth like a beacon from the throng,
Among your fellow peers you set the pace,
And soar above the crowd on wings of song.

Committed to the cause of human rights,
You hold aloft the flame of Amnesty,
When striking workers seek you in their plight,
You rally with your songs unstintingly.

A minstrel boy, you charm your way through life,
Enriching all who chance to pass your way,
You shelter wayward spirits from the night,
And raise them up on wings till dawn of day.

Though links with us alas too soon are severed,
Your spirit and your song will soar unfettered.