Photographic book seeks to preserve memory of islanders and their homelands 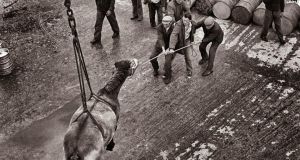 A horse being lowered from the ferry on to Kilronan pier in the early 1970s. Photograph: John Carlos 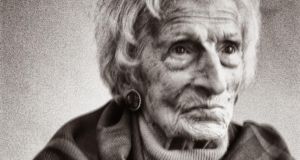 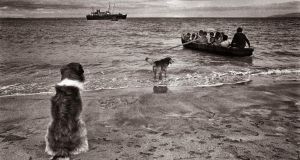 Language students depart for the Naomh Éanna ferry to Galway, following their studies on Inis Oírr. 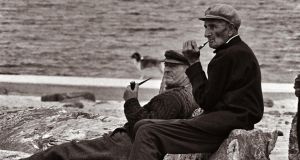 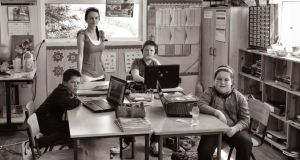 John Carlos’s book of photographs of Ireland’s western islands is to be launched next Friday as part of the Inishbofin Arts Festival.

Carlos became interested in photography while visiting Inis Mór in the Aran Islands, aged 12, in 1963. Over the next 50 years, through a career that saw his work appear in the Connacht Tribune, Sunday Tribune and Sunday Times, as well as a host of international publications, he captured island life on Inis Mór and also on Inishbofin, Inishturk, Inishark, Clare and Turbot islands.

The idea of putting selected images together in a book was first mooted more than 20 years ago. He explains: “This is not an attempt to define the islands or the people but rather to preserve a memory of the islanders and their homelands. What I wanted to do with these photographs is to celebrate the islanders in their environment, while reflecting on disappearing traditions and values in the face of materialism and pop culture.”

Some photographs document the end of an era – the Naomh Éanna features in several photos but, he points out, is now set for the scrapheap unless funds can be raised to salvage her.

Perfect light
“Other photos took 20 years of waiting for the perfect light and conditions such as that of the signal light tower at the mouth of Inishbofin harbour.”

There will be three launches. Kieran Day, teacher and hostel owner, will launch it in the Inishbofin Community Centre next Friday. Poet Mary O’Malley will launch it on May 10th in Charlie Byrne’s Bookshop in Galway, while Michael O’Connell, former teacher and marine ecologist, will fill the same role on May 16th on Inis Mór.