For many, this mine-exploration game will captivate; for some, the constant digging will bring subterranean thumb-stick blues 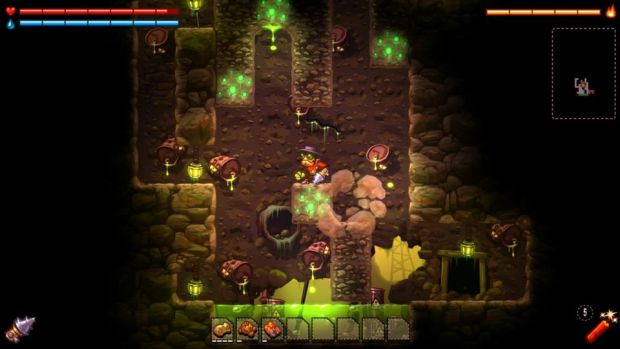 The world beneath our feet provides a surprisingly rich seam for game developers: Spelunky, Manic Miner, Metro, The Cave and even a Red Faction game all (mostly) take place in mines or tunnels. Steamworld Dig ( which is now free if you have Playstation Plus) is a critically lauded 2D platform/exploration game. You play Rusty, a stoic robot in a tiny, remote, dusty town that’s inhabited by other creaky, steampunk robots. Initially your plan is to meet your Uncle Joe, a prospector and inventor, but you soon find out that Joe’s frontier life has had its share of setbacks.

So your destiny is to find out what he left behind and what became of him. Along with new revelations underground, you discover some of Joe’s nifty inventions, such as a teleporter and “steam boots” that help you jump greater distances. Your light only lasts a few minutes underground, after which time you must return to the surface where you can replenish supplies and trade your mined materials for upgrades.

Many gamers will love this rhythm of exploration, gentle platforming and carving out a distinct path. Others might not like the repetition and measured pace, as you frequently have to hack with a pickaxe before taking a step.

Still, it’s a distinctive game which adapts to the way you play. Every gamer’s route will be different, whether they’re making zigzagging tunnels or just a series of riskier, straight drops. It also has a unique style and tone, successfully folding wacky steampunk inventions into an archetypal western frontier.