A quirky word-puzzle app with a sci-fi/disaster narrative 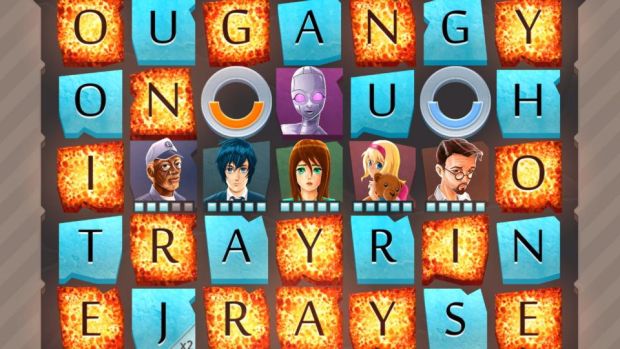 Do all games need narratives? There’s a thesis or a book in that question, and the answer would probably refer to Highrise Heroes. This mobile title is a cute word game, which happens to have a weird sci-fi/disaster narrative tacked on.

Gameplay is paramount, of course, and Highrise Heroes delivers in that respect. Presented with a grid of countless letters in squares, you must scan the screen and spell out whatever words are hidden there. Once you use a letter in a word, it disappears. Some squares have characters’ faces in them, and you must ensure these characters reach the bottom of the screen.

You’re given power-ups (exploding squares for instance) and obstacles (such as blocks that have to be used more than once before disappearing).

The bizarre story revolves around a conspiracy, a crumbling skyscraper and its trapped employees. By swiping away the lettered blocks, you’re clearing a path through rubble to the floor below. Because you have to rescue numerous characters, you’re required to clear various paths throughout the screen.

It’s utterly contrived, but the goofy characterisation and dialogue grows on you. And to be fair, they deserve some credit for crafting a narrative around a word-search mobile game. I didn’t even mind when the story jumped the shark with the introduction of monkeys and robots.

What really matters is that it’s a nice presented, quirky and very user-friendly game. Highrise Heroes is a freemium title, so there are micro-transactions and ads, but you won’t be pestered.