The Good Lie review: Collapses under the weight of its worthiness

This is the sort of achingly worthy film that, when shown to schoolchildren in civics class, causes the poor tykes to yearn for double maths. 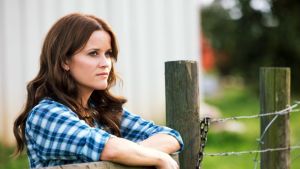 Oh dear. Has any film been so weighed down by good intentions as this warm-hearted project concerning Sudanese refugees to the United States in the early part of the century? This is the sort of achingly worthy film that, when shown to schoolchildren in civics class, causes the poor tykes to yearn for double maths.

The Good Lie concerns three young men, displaced by violence in the northern Sudan, who find themselves relocated to Kansas City, Missouri. There they encounter a white rescuer in the form of Reese Witherspoon. Playing a less decadent, more readily redeemed version of her character from Wild (she has sex in the afternoon and doesn’t clean the spare room), our Reese is set to save herself while she saves the lads. That’s what happens in films.

This is a deathly serious subject and if The Good Lie does anything to raise awareness, its creation will have been worthwhile. There is interesting material here about the way the US State Department reclassified Sudanese refugees in the wake of 9/11. The script is efficient in its detailing of bureaucratic intricacies. Few recent films playing in commercial cinemas have allowed their heroes to be black Africans (name two).

None of this excuses the baldly patronising, jarringly binary nature of the storytelling. The Sudanese are cast as hopeless, endlessly ingenuous innocents whose purity acts to expose our own infelicities and hypocrisies. They reel back at the waste in supermarkets. They run screaming from telephones. During a Christmas scene glutinous enough to set teeth on edge, one of their number remarks that: “Santa Claus doesn’t come to the Sudan.” Witherspoon’s character begins by exemplifying the emptiness of western values, before reforming herself in her charges’ sanctifying light.

Obviously one feels like a bit of a heel being unkind to The Good Lie. There is material here to touch even the hardest heart. But this isn’t really a movie at all. It’s a Unesco educational resource cast in the style of an unreconstructed 1970s sitcom. Sorry for pointing it out.

Tony Slattery: Something happened when I was very young. A priest. I was eight
6

Radical Wordsworth: Focusing on the ‘spots of time’ of poet’s greatest work
7

Fintan O’Toole: Bono at 60 – Why is Ireland so ambivalent about its most famous son?
Real news has value SUBSCRIBE