Structured around Sands’s decline, 66 Days powers us through a socio-political maelstrom 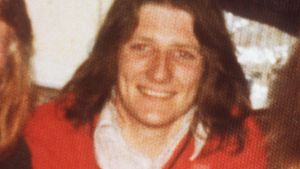 With the deadening inevitability of rain at a barbecue, Unionist politicians have complained about modest public funds being passed to Brendan J Byrne’s excellent documentary on the 1981 republican hunger strikes.

Of course they hadn’t seen the thing when they lodged their objections. Would the likes of Sammy Wilson MP be won over by the finished work?

Well, 66 Days does romanticise just a little. Peter Strain and Ryan Kane’s beautiful animations accompany melodic readings by Martin McCann from Bobby Sands’s prison diary to create an unmistakably heroic representation of the hunger striker. But Byrne cleverly contextualises his work by showing the set being built – wooden walls for the cell – while a voice discusses how Sands has been swallowed up by successive representations. The film-makers are alert to the dangers.

Around that core creation – which counts down day by day to Sands’s death – the film works rigorously to include varied voices and to attack all angles (though the dearth of women remains a worry). Domestic audiences will know much of the cold historical detail, but many will be intrigued by footnotes from experts on malnutrition and on the surprisingly recent emergence of the hunger strike as a political weapon.

This newspaper’s Fintan O’Toole is good on the way the protests allowed the IRA, whose “armed struggle” so rarely involved eye-to-eye conflict, to drape itself in the mantle of heroic suffering. Norman Tebbit, whose wife was permanently disabled in the Brighton Bombing, is among those presenting the case for the prosecution.

Byrne has been at the documentary game for some decades and he knows that no amount of balance will matter if the film does not exhibit narrative thrust. Structured around the spine of Sands’s decline, 66 Days powers us through a socio-political maelstrom that kicked up chaos throughout the world. We are reminded how quickly all this happened: 10 men starved to death between May 5th and August 29th. But we are also allowed to savour the slow drift towards the relative stability that now exists in Northern Ireland.

We are left with a comprehensive, balanced, gripping tale of terrible times. Would it win over the DUP fulminators? Probably not. What could?