Crossing over: the hard road from online to television

RTÉ’s ‘The Commute’ is the latest show to move to TV from online beginnings, after ‘The Hardy Bucks’ and ‘Damo and Ivor’. But the transition for those used to the DIY approach isn’t always smooth 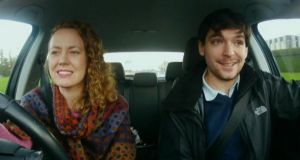 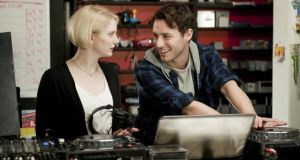 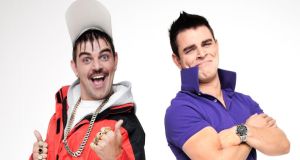 Andrew Quirke (as both characters) in Damo and Ivor 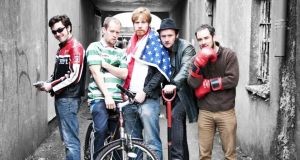 The idea that the internet was going to be a breeding ground for making television has been around for years. Now that we have all the tools, the argument goes, anyone can make anything. And sure, Netflix has come along and is making its own drama, but it is doing so using the traditional models of writer rooms and star power. They can experiment that bit more, but they’re not ripping content off YouTube.

A lot of people cite Lisa Kudrow’s Web Therapy as the starting point of the successful online-TV crossover. Pulling in celebrities for a low-budget online series got Kudrow and fellow writer Don Roos nominated for a string of online awards, before Showtime picked it up in 2010. Drama costs a lot to make, comedy less so, and it is comedy that is making the jump from online to TV.

The Irish hits are there: Damo and Ivor went from a YouTube sketch to its own stand-alone series. The Hardy Bucks started out as online improv, won the RTÉ pilot competition Storyland, was broadcast on RTÉ, and went on to become a feature film.

Recently, RTÉ Two broadcast The Commute, a one-off show by David Coffey, which was shot in cars on GoPro high- definition personal cameras. Coffey previously had a hit with Dan & Becs, and has a DIY self-starting attitude towards making television.

“With The Commute,” he says, “you’d never sell that to a broadcaster in theory, but if you can go out and make it and say ‘I think this works’, and they can see it, that’s a great way to sell a show.”

An easy commute
It worked. Coffey put it on YouTube, and RTÉ saw it and took the plunge. But for every Commute, there are countless other YouTube experiments that don’t make it. Despite the amount of content being produced online, very little gets through the noise.

“The thing is: you have to do both,” says Coffey. He means going down the laborious and time-consuming traditional route of TV pitching and development, as well as taking a chance and doing things yourself.

“There are pitfalls to it all the time,” he says. “People think, ‘I’ve got an idea for a TV show, I’ve a camera, my mates are actors, I’ll go and shoot it’, and it can be a bit of a disaster. That process of development is there for a reason. Not every first draft of a script is good. Not everyone’s mates should be in a TV show. The Hardy Bucks is an exception because they stumbled upon something brilliant.”

“When we were kids, to make TV was very inaccessible and very costly,” says Bill Malone, channel controller for RTÉ Two.

“Damo and Ivor is an interesting one for us,” he says. “They started off doing things themselves, Andy Quirke and Jules [Coll] came up with these characters, and were having fun online with that, and it generated online interest, hits.

“They worked it up. It got better, more honed. Then it became a regular segment on Republic of Telly, got exposed to real TV proper, and the standards TV dictates, and now it’s just finished a six-part series, which has been hugely well-received by its target audience. Some demographics, like 15- to 34-year-olds, 37 per cent share. That is massive. Absolutely massive. It has cut through.”

Damo and Ivor has also been a huge hit on the RTÉ Player, where it has been number one and tussled with Love/Hate.

“In the old-school TV mythology, you make a TV programme, you put it out once, it gets watched by ‘the audience’ in its native territory, and that’s it,” Malone says. “Now you have things living longer, having an online archive and [going viral]. Comedy is particularly good, but also for new talent and music.”

Television makers also use online to try out new talent “in a non-pressurised zone, so there’s huge potential to that”.

Outside traditional television broadcasting, some production companies are doing their own thing. BeActive media, which has bases in Dublin, Portugal, Brazil and London, recently made Beat Girl, a feature film that extends across platforms such as Pinterest, a web series, a book and apps.

Beat Girl was nominated for an international Emmy in the Kids: Series category. The term “transmedia” has been bandied about for years, but it is a victory for BeMedia and its flexible model.

Diet of Worms
Ultimately, Malone sees the online space as development. Diet of Worms know all about development: the Irish comedy group have made sketch shows online as well as plays. For the last few months, they have been developing their web series Taste of Home into a television sitcom for Graham Linehan’s production company Delightful Industries, and a pilot has been shot.

“It isn’t as simple as we thought it would be, and maybe TV shouldn’t be democratic,” says Shane Langan of Diet of Worms. “Maybe there should be professional people who are skilled in developing things and helping young talent along in learning how to do it. With us, anyway, we got to a certain point on our own and then we felt we needed more help from people who really knew what they were doing. And there are reasons why things are successful. There are reasons why things get to be wildly popular, and there are people who know how to do that. Not all commissioners know how to develop things, but some are really good at it, and give you fantastic advice and put pressure on you to step up. Some people can do it on their own, but need that bit of expertise.”

It has taken Diet of Worms 10 years to get to this point. “If we knew that it would take 10 years, would we do it or not? I’d like to think we would, but it’s daunting.”

There’s no right way to do things, Langan says. He and his friends made their mistakes early on. “We did our absolute worst stuff just before each thing became something we’d think about posting. It’s good to make your mistakes, but I think you have to be ready to make those mistakes.”