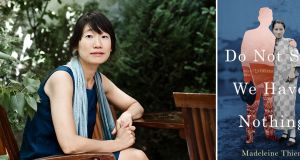 Madeleine Thien and the cover of her book, ‘Do Not Say We Have Nothing’. ‘This is a brave, bold and intelligent novel, weighty with a sense of responsibility.’ File photograph: Man Booker Prize/PA Wire 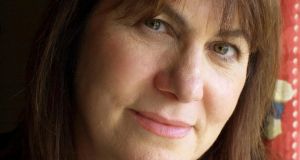 Linda Grant has been shortlisted for the Baileys Women’s Prize for Fiction for her novel ‘The Dark Circle’. File photograph: Frank Miller

Big names and expected contenders were among the fallers as the shortlist for the Baileys Women’s Prize for Fiction which includes one debut novelist, was announced.

Among the six finalists for the UK prize, now in its 22nd year of an existence which has seen it change its name along with its sponsors, is one previous winner. There are three British writers, as well as an American, a Canadian and a Nigerian.

At this stage Canada’s Madeleine Thien must be in a strong position with her powerful third novel, Do Not Say We Have Nothing. Widely expected to win last year’s Man Booker prize, it draws on the experiences of her Malaysian-Chinese parents and their families. Western classical music provides a dramatic backdrop for a story which centres on musicians attempting to assert themselves as artists despite the repression of Mao’s China. Thien brilliantly choreographs the dense source material she brings to a narrative rich in ideas, history, politics and culture. Above all she makes use of the chilling silences and the lives ended. Much of it is filtered through the thoughts of Marie, the daughter of one of three young musicians. Marie’s desire to understand the past opens the door for the reader. This is a brave, bold and intelligent novel, weighty with a sense of responsibility. Thien’s concern is the truth. It is a major work and has, as expected, reached the shortlist and has a serious claim on the outcome.

CE Morgan’s second novel, The Sport of Kings, is about a racing family in Kentucky and so much more. Shortlisted for the National Book Award, it is a big book and has an energy which thrills and may also put the teeth of some readers slightly on edge. It is a question of how much linguistic gusto one can take. Personally I have horses so it is fine by me. But this novel for all the concentration on a great racing filly is largely about the American South and the inhuman legacy of slavery. It is a sprawling work but its admirers will love it so much that its grumbling detractors will just have to seethe in silence. Readers of Jane Smiley will have probably already sought it out. It should last the course and in the case of a close finish, it is a likeable compromise.

Former winner Linda Grant, is not only the senior British writer on the shortlist, she is the veteran author here. The Liverpool native is a formidable presence. She won the prize in 2000 for When I Lived in Modern Times and this year she has been selected for her sixth novel The Dark Circle, a characteristically uncompromising narrative set in the aftermath of the second World War. A brother and sister from the East End are suffering from tuberculosis. Sent to a sanatorium they find themselves surrounded by fellow sufferers who truly do appear to represent all humanity in a world gone mad. Its obvious – if unlikely – debt to Thomas Mann’s The Magic Mountain (1924) may set one wondering as Grant a realist through and through is the least playful of novelists. This book may baffle, its methodology does appear heavy handed and its presence on the list is a surprise and yet . . .

No surprise will greet the inclusion of Gwendoline Riley’s sixth novel First Love in which yet another tormented Riley central character, narrator Neve battles to make sense of her life. Riley consistently pushes visceral female experience to its limits and this claustrophobic, self-absorbed little performance piece serves up nerve endings a plenty. Any enterprising theatre director on the look out for a text as a potential script to adapt into a stark two-hander for a dying relationship might consider this book. On the day it was announced on the long list I was enthusiastic, anticipating that it might confirm Riley’s return to the quality of her debut Cold Water (2002) and the brilliant second novel Sick Notes (2004). But having read it, the torturous intensity of its random, anecdotal recollection of a series of hellish experiences feels is overpowered by reader deja vu. Riley is concerned with variations on the same interior theme of isolation. Certainly it could inspire a bleak theatrical tour de force but considering some of the novels which failed to make the shortlist this novel wallows a bit too easily in its calculated ambivalence.

Naomi Alderman is the third of the British contenders. Her fourth novel, The Power is dystopian and highly imaginative if also leaving one wondering why she so obviously paid homage to her mentor the great Canadian sage Margaret Atwood and her futuristic classic The Handmaid’s Tale (1985). The Power brings the horrific reality of our planet’s ongoing horror ever closer to a black finale. Alderman’s presence on the shortlist is significant and although she is not an obvious winner, this is important and timely recognition.

Much of the fire, pathos, wit and sympathy of the best of African writing shapes Ayobami Adebayo’s engaging debut Stay With Me in which this young Nigerian confronts the tribal, social and sexual politics of Africa. An adored young wife fails to conceive and her husband is ordered to take a second wife. With rather more literary sophistication that her countryman Chigozie Obioma’s enormously likeable Man Booker shortlisted debut The Fishermen, Adebayo has written a novel which is appealing yet also deceptively barbed. It would be very satisfying to see it win, but Thien has tackled a complex history.

No literary prize short list assessment is complete without the ritual festering lamentation of how and why the fancied fallers fell. There may have been those prepared to bet their homes, cars and/or husbands on an expected victory for Sarah Perry’s previously all-conquering historical novel The Essex Serpent. Equally, all bias aside – I am not Irish – previous winner Eimear McBride’s The Lesser Bohemians would seem to have a far more cohesive challenge than Riley.

I am astonished at the failure of another former winner, Rose Tremain’s exquisite 14th novel, The Gustav Sonata. Set in Switzerland during the second World War. Melancholic and limpid, it is a muted, atmospheric work. It has the feel of a superb translation, high praise indeed. Tremain has seldom been better and it had seemed a potential winner – it should have won. Yet here we see it failing to make the shortlist. But then nor did Atwood with her clever and often hilarious Hag-Seed, her reimagining of The Tempest which culminates in a multimedia stage production, directed by a grieving, self-exiled father, in a correctional facility. Also banished is Annie Proulx with her bulky yarn about the timber industry, Barkskins, in which almost as many characters were felled as trees.

All will be revealed when the £30,000 prize, currently seeking a new sponsor, is decided in London in June.