The Prodigal Tongue by Lynne Murphy 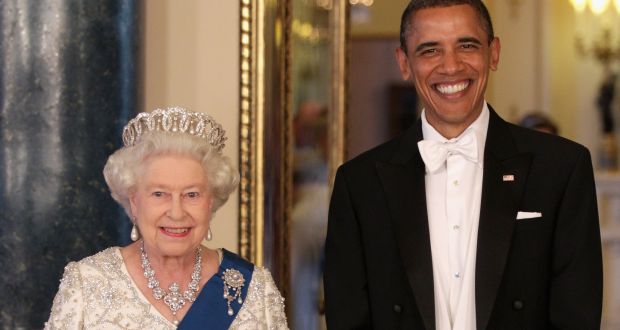 Queen Elizabeth with US president Barack Obama on May 24th, 2011 in London, England. In the Prodigal Tongue, Lynne Murphy explores the relationship between British and American English. Photograph: Getty Images

The subtitle is “the love-hate relationship between British- and American-English”. Conservative linguists on this side of the pond tend to bemoan the “damage” American-English is doing the language.

Lynne Murphy coins the term “amerilexicophobia” for this distaste (the fear is based on the belief that it’s taking over) and shows that is based on very shaky ground. Her “Lynneguist’s Law” (she’s fond of neologisms) states: “Any list of seven ‘Americanisms’ or ‘Britishisms’, not compiled by a trained lexicographer, will contain nonsense” and she proves this contention with many – and surprising – examples.

While the work is certainly scholarly (Murphy is a professor of linguistics) and probes the minutiae of grammar, spelling, phonetics etc., the engaging, thoughtful and humorous approach makes for a readable and informative experience.

English is full of inconsistencies and pitfalls and to claim superiority is foolish. It’s also a “fantastically flexible medium” to be enjoyed rather than fretted over.