The other Plantagenet girl: meet the White Princess

Novelist Philippa Gregory has made her name entering the minds of women from earlier periods. Next up: Elizabeth of York 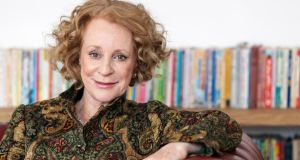 Philippa Gregory: ‘I can’t imagine a historical period that isn’t interesting. When they look uninteresting [to me] it’s just because I haven’t looked at them seriously yet.’ Photograph: Santi U/Handout via Reuters 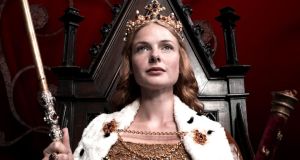 Rebecca Ferguson as Elizabeth Woodville in The White Queen 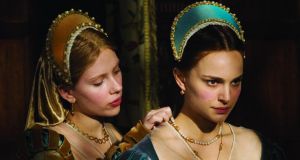 Scarlett Johansson and Natalie Portman in The Other Boleyn Girl

Many of us like to think that human nature is constant, that people 500 years ago were just like us. But Philippa Gregory, who has been bringing the people of the past to life for more than 25 years, knows that in some ways they were very different.

“There are constant issues for men and women throughout time – there are the basic desires, like trying to survive,” she says. “There are physical appetites. But other things, like the desire to be intimate with your children or loving and tender to a husband or wife – those are clearly not constant. There are lots of societies in which they don’t happen. A lot of mothers in the 15th century would behave in a way which we would call unloving, but it’s not.”

It’s Gregory’s ability to make readers invest in these characters that has won her so many fans. Her first book, Wildacre, a dark 18th-century blockbuster, was published in 1987. She went on to write both historical and contemporary novels, but it was when she started writing from the point of view of real historical figures in 2001’s The Other Boleyn Girl that she became a household name.

“I wanted to write a story about piracy, so I was looking at records of ships in the Tudor period, and I came across the ship Mary Boleyn,” she says. “I looked her up and discovered she was Henry VIII’s lover before her sister Anne came to court. It was absolutely amazing that no one else had observed the relationship between Mary, Anne and Henry VIII.”

Women of the Tudor court
Gregory went on to write about various real women of the Tudor court, from Catherine of Aragon to Anne of Cleves. Tales of Tudor times have become very popular over the last decade, with everything from Hilary Mantel’s Wolf Hall to CJ Sansom’s Shardlake mysteries becoming big hits.

But Gregory doesn’t mind others stepping on her turf. “The Tudor period has always been quite widely written about,” she says.

Growing up, Gregory was a “voracious” reader of the hugely popular historical novelist Jean Plaidy.

“Every generation has another story to tell. Jean Plaidy’s books sometimes cover exactly the same period and characters as mine do, but they have a totally different view of women and their rights and power, and the sort of people they are. She was writing in the 1950s and she has a different view of what’s appropriate for a woman and what a woman would want.”

In 2009, Gregory decided to look at the Tudors’ predecessors, the Plantagenets – a move that wasn’t without risks. “My publishers were anxious that I was moving out of a popular [historical] period,” she says. “How people would like it was completely unpredictable. But for me it was a natural development – I was writing about Catherine of Aragon in a book called The Constant Princess [in which Catherine’s father-in-law] Henry VII is a prominent character, which led me to [his wife], Elizabeth of York. But I didn’t feel like I could write about Elizabeth until I’d explored the story of her mother and grandmother.”

Half a decade, four bestselling books and a successful television drama (The White Queen, recently aired on BBC1) later, Elizabeth of York finally steps into the spotlight in Gregory’s compelling new novel The White Princess. Elizabeth marries Henry VII, who has wrested the crown from her uncle Richard III. He’s her family’s enemy, but slowly they start to form a bond. That is, until a young pretender caller Perkin Warbeck emerges, claiming to be Elizabeth’s younger brother Richard, one of the famous Princes in the Tower who disappeared in mysterious circumstances.

As ever, Gregory paints a fascinating picture of women’s roles in the 15th century, and women’s history has always been at the heart of her work. “I’ve been a feminist all my life.” She has a PhD in English literature, writing her doctoral thesis on women’s writing in the 18th century. But it’s more difficult to enter the minds of women from earlier periods, because they left so little writing behind. “There’s almost nothing for a lot of Tudor women,” she says. “The period isn’t widely literate, and anyway, it’s not a period where people wrote about their feelings and thoughts.”

Fully fictional forays
As well as her adult novels, Gregory is also writing The Order of Darkness series for young adults, set in the 15th century but populated by totally fictional characters. She finds making up these stories from scratch “very liberating”, although she loves doing the research required by her adult novels, in which the stories are based on documented history.

This throws up another problem – how do you create narrative tension when most readers have a fair idea what happened? After all, we know Perkin Warbeck never took the throne from Henry VII.

Gregory combats this by writing in the present tense. “It’s to give that sense of not having hindsight.” And she points out that writing well enables the readers to suspend their disbelief. “If you can make them feel that they are experiencing these things, then you can make them feel they don’t know what’s going to happen next, because in this world they don’t know.”

She’s now working on a book about Elizabeth of York’s cousin Margaret Pole, but is considering moving forward to the Stuart era. “I can’t imagine a historical period that isn’t interesting,” she says. “When they look uninteresting [to me] it’s just because I haven’t looked at them seriously yet.” And the recent discovery of Richard III’s skeleton is a reminder that the past continues to give up some mysteries.

“Every year a portrait turns up or somebody finds something,” says Gregory. “If you pay attention, you see that these historical objects do turn up, that people haven’t completely edited their libraries or translated all their papers. And a lot more material is likely to emerge.”

The White Princess is published by Simon and Schuster, £20