The Lost Country review: an unfinished novel of dazzling interludes 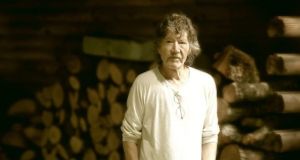 It all begins with a policewoman being given custody of a motorcycle. The court ruling seemed routine. But collecting the machine from the outraged parents of the former owner proves far more difficult. The place is Memphis, Tennessee, and the year is 1955. It is April and the spring morning heat is taking hold.

Billy Edgewater, newly discharged from the navy, is making his way back home, where his estranged father is dying. Knowing Billy, a character whose ramshackle approach to life is made obvious from the opening page, expect chaos. When asked by his latest lady friend, the cop, where he had spent the previous night, his reply of “Here and there . . . around and about” prepares the way for a burlesque romp. Nothing about good old, not entirely rotten Billy Edgewater is all that clear. Much the same might be said for The Lost Country, the second posthumous book from the great William Gay, a late blooming exponent of wry southern gothic with a human touch.

The Lost Country, which comes three years after the “lost” horror story Little Sister Death, has, like it, been made possible by dedicated writer friends who retrieved it from Gay’s personal archive. Again it has been compiled from handwritten notebooks – in this case 58 – and a manuscript as well as a synopsis. Gay, with a history of heart trouble, died suddenly one night in 2012, aged 70. His friends rallied round when The Lost Country manuscript was rejected. The material was typed by this team and then laid out in a sequence based on the synopsis.

It is useful being aware of this background, as it is a rambling narrative of little plot and does appear improvised, as if still taking shape in Gay’s imagination. As he often explained, he would write in his head while working outdoors, and later write it down.

Even by the tradition of picaresque, it does appear to be moving at a frenetic pace if going nowhere in particular, aside of course to the bedside of Billy’s dying father, which soon becomes overlooked in the bustle. Yet while it is impossible to ignore that Gay never got the chance to finish, never mind edit, the saga he had worked on for more than a decade, or possibly longer – his writing life began long before he was first published, in his late 50s – there is much to admire.

His vibrant prose for one: the pleasure that Gay, a self-educated Vietnam veteran, takes from language is frequently a thing of beauty.

Images of nature, whether describing tangles of trees illuminated by dawn light – “The pines moved gracefully in some wind that never touched the surface of the earth” – or a seething river in full fury are always painting vivid backdrops to the organic cinema of his narratives.

The Lost Country is lighter fare, if nonetheless engaging, because Gay, an instinctive original, had the spark of natural genius

A Dickensian feel for character makes his stories surge with life while the sharp dialogue is furious, funny and very southern. Comic timing invariably lifts The Lost Country to higher levels. Long after the sketchy plot is forgotten, characters such as Edgewater and Roosterfish, the true star of the zany proceedings, will linger.

It is Roosterfish, one-armed since a mill accident, but often just about to “reveal” he lost his limb at any one of several battles of the second World War, who dominates several of the brilliant set pieces. In fairness, both to Gay and the intending reader, this book consists of dazzling interludes. Among the most vivid is when Roosterfish, “a man of many guises” – an inventive liar, who often masquerades as a bogus exterminator using river water as specialist spray – tries his hand at selling Bibles.

Initially introducing himself to the Widow Goforth as a preacher, he switches tack and claims to be working for the Standard Bible Company. He wants the good woman to accept a “personally inscribed” Bible from her loving husband. She points out that her Clarence is a year dead. Roosterfish reacts quickly to the news: “I’m aware that he’s passed on. But before he did he had the foresight to order this token of love . . .” It comes at a price; Roosterfish wants $27. 68. Mrs Goforth is not stupid and succeeds in selling the con man her late husband’s prized automobile, the one in which he was shot to pieces in mid-fornication.

Often compared to his hero Cormac McCarthy, Gay, author of a brilliant debut, The Long Home (1999), Provinces of Night (2000) and the ambitious Twilight (2007), is this time far closer to another of his literary mentors, Flannery O’Connor. Whereas Little Sister Death, inspired by the 19th-century Bell Witch haunting of Tennessee folklore, possesses moments of sheer genius, such as the firefighting sequence, and offers insights into the self-absorption of the writing life, The Lost Country, at almost twice the length, is lighter fare, if nonetheless engaging because Gay, an instinctive original, had the spark of natural genius.