The Glorious Heresies, by Lisa McInerney: a big, brassy, sexy beast of a book

Review: High-octane morality tale is a big, brassy, sexy beast of a book 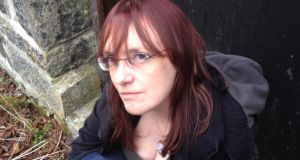 Lisa McInerney: the writer of an award-winning blog called “Arse End of Ireland” has a juicy way with a phrase

In recent times Ireland has been enjoying a feast of exceptional first novels. Outstanding debuts from Mary Costello, Eimear McBride, Sara Baume and others have found favour with readers and critics alike and garnered many a literary award. The standard is high, perhaps higher than ever. Now comes Galway-based Lisa McInerney with The Glorious Heresies.

McInerney writes an award-winning blog called “Arse End of Ireland”, a phrase that might have served as epigraph for this novel. Set in post-bailout Cork, the book presents the story of how a bizarre murder unleashes consequences for a handful of people whose relationship with authority is complex, to put it mildly. The characters are colourful and the colours are murky. We meet Ryan, a teenage drug-pusher, his drunken dad Tony (“his father was many things, but none of them responsible”), prostitute Georgie, and Maureen, the accidental murderer who despatches her victim by bashing him on the head with a religious relic.

“He was definitely dead, whoever he was. He wore a once-black jumper and a pair of shiny tracksuit bottoms. The back of his head was cracked and his hair matted, but it had been foxy before that. A tall man, a skinny rake, another string of piss, now departed. She hadn’t gotten a look at him before she flaked him with the holy stone and she couldn’t bring herself to turn him over.”

You’re probably getting the picture.

Maureen has recently returned to Cork after four decades away, only to learn that her son, Jimmy, is now a criminal godfather, the cruellest gangster in town. If the lovely Lee had banks, he’d rob them. In trying to come to terms with the murder, or at least to make sense of it, she threatens to destabilise the empire he’s constructed.

To summarise the book is to make it seem bleak – as indeed it sometimes is – but it’s more often sardonically funny. McInerney has a juicy way with a phrase. A girl “would get dolled up for the opening of an eye.” “Do you know a fella by the name of Robbie O’Donovan? A right hand-me-down-the-moon.” “Tony Cusack’s terrace was only one of dozens flung out in a lattice of reluctant socialism.” “I had a head of hair on me like a mushroom cloud.” A Cork-based brothel is “the Munster Moulin Rouge”.

But there are other textures, too. The book is, in part, an atonement story, and it becomes morally complex and gripping in a more sophisticated way during those sequences. Popular stories all the way from the western to The Godfather and Love/Hate have found modes of exploring themes of salvation, sin and shame, and The Glorious Heresies does something similar, slowly revealing itself to be a layered, nuanced and somewhat elusive novel dressed as a Carl Hiaasen romp.

It’s a hard book to pigeonhole because it does so many things, nearly all of them very well. There is, for example, a beautifully conveyed account of a teenage love affair, written with honesty, warmth and immense heart. It’s rare that the intensity and sexuality of teenage life are written about at all in fiction, and rarer for it to be done with such empathy.

It works because McInerney writes with truthfulness. She incarnates her characters on the page rather than describing them from a distance. Nor does she judge them. These sequences of the book are funny and sometimes very moving. Two young people begin to discover in sex that the other is real.

McInerney, an artful and ambitious writer, constructs a capacious narrative of Dickensian scope. This is a great strength of the book and at the same time it’s a minor weakness. There are a couple of moments when plausibility is a bit compromised by the needs of the architecture, and sometimes the plot-gears grind. At the same time, her courage is hugely admirable and enjoyable.

This is a big, brassy, sexy beast of a book, set in a place very far from the conveniently out-of-focus watercolour Ireland that readers and writers of my own age grew up with, a land rich in sheep and epiphanies. McInerney is a truth-speaker and a powerful storyteller who writes with exactly the sort of furious energy this novel needs. Without her intoxicating love of language the book might be exhausting – at 370 pages it’s substantial – but she has the linguistic wizardry (and the naughtiness) to keep you hooked.

“The whims of the Corporation were rickety as a city of sticks and the only trait required in its tenants was a wallet full of moths.” “The door was opened by an ould wan, about his mother’s age, dressed like a chilblained scarecrow with a face that would have reversed the course of the Grand National . . . He didn’t want to acknowledge the presence of this ghoul in a cardie.”

This would be a useful novel to look through before the office Christmas party, because when your drunken colleague bothers you, you’ll have an arsenal of ripostes. But this strong, confident debut is also something very much more: an accomplished, seriously enjoyable and high-octane morality tale, full of empathy, feeling and soul.

Joseph O’Connor is McCourt professor at the University of Limerick, where he teaches the MA in creative writing