The Duke’s Children: Anthony Trollope, restored to his full glory

Review: Commercial pressures forced the novelist to cut a third of his final Palliser novel. The Folio Society’s painstaking reconstruction restores much of the subtlety and satire 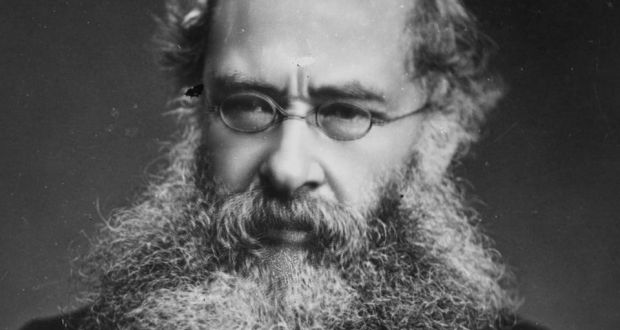 In his posthumously published autobiography Anthony Trollope accelerated the decline in his once mighty reputation by being upfront about being an immensely productive commercial novelist. He proudly paraded the fact that he weighed his books in pounds, shillings and pence. For most of his working life he was hauled out of bed at 5am by his servant, groom and general factotum, Barney McIntyre, so that he could get in three hours of writing before setting off for his “real” job, as a post-office administrator.

In a long career that began and closed with Irish works – The Macdermots of Ballycloran, in 1847, and the unfinished The Landleaguers, in 1883 – Trollope wrote a half-century of novels and as many short stories. Although we could not be further from James Joyce’s “scrupulous meanness”, it would be wrong to assume that such vast quantity meant poor quality.

Producing words and organising a better postal service in Britain and Ireland were the twin tasks that drove a man who believed, like his beloved character Plantagenet Palliser, that “the happiest man is he who . . . has his hands the fullest of work”.

Fired by the same creed is Steven Amarnick, editor of the new edition of Trollope’s The Duke’s Children, the final novel in his hugely accomplished six-part Palliser series. The books describe the decades-long marital history of Palliser (later the duke of Omnium) and his wife, Lady Glencora, and enacts a revealing dissection of British parliamentary politics as a refraction of the workings of broader society.

Amarnick has spent some 10 years painstakingly reinstating 65,000 words cut from Trollope’s original text. This uncut and restored complete edition is now published by the Folio Society to coincide with Trollope’s bicentenary.

Commercial considerations dictated that Trollope butcher his own original manuscript and reduce what was to have been a four-volume work to three. He voiced his unhappiness about this literary vandalism in An Autobiography: “I am at a loss to know how such a task could be performed. I could burn the MS, no doubt, and write another book on the same story; but how two words out of every six are to be withdrawn from a written novel, I cannot conceive.”

But now, elderly, ailing, financially stretched by his two underachieving sons, and worried about the lack of provision for his wife, Rose, in her old age, cut he did.

Trollope’s abbreviated novel was successfully published and has been read in its shortened form ever since, with readers unaware of what they were missing. Only a handful of scholars knew that the original manuscript of The Duke’s Children lay neglected in the Beinecke Library at Yale Unviersity.

What Amarnick has done is to restore Trollope’s text to its original integrity and, in so doing, show that the cuts inflicted on his text were not part of any desired genetic process on the author’s part but merely an unwilling hatchet job dictated by market demands.

Standard editions of The Duke’s Children still read well and hold their ground against other works in the Palliser series, but the reborn text is of a much richer fabric. Shorn of its short cuts, and with all its details of plot, character, setting and narrative tone restored, it functions far more effectively both as a stand-alone novel and as the last of a long series full of familiar names, characters, settings and themes.

Just as Trollope had an understated sense of his worth as a novelist – and his stock had clearly fallen very low by the late 1870s – so too he was probably the wrong person to make such cuts. Instead of removing whole chapters – we could comfortably get along without the odd garden party or shooting excursion – he wielded his knife at every narrative turn, sometimes trimming just a half dozen words, other times lopping off whole paragraphs (very often the final paragraph of a chapter, which he tended to use to tie up loose ends and reinforce his effect of intimate complicity with the reader). Much subtlety, satire and nuance was thus omitted.

Trollope often achieved his edgy thrust through the accumulation of detail and the capacity of his prose to double back on itself and, almost surreptitiously, undermine its own comfortable veneer. What the reinsertions have done, most of all, is reinstate that edge, along with much of the politics of the novel, which concerns itself with a range of issues: the woman’s question (in terms of marriage and property), patriarchal authority, the responsibilities of wealth, tensions and inequalities between generations, sexes and classes. (Home Rule and, indeed, Phineas Finn, the Irish member, is also more prominent in this new version.)

The novel, like those that proceeded it, is deeply concerned with the institution of marriage, not as we are seeing it at present in Ireland, as a right for all, but as an opportunity for some, a lifeline for the lucky to a stable existence. Marriage is seen both in its romantic early bloom and, more importantly, as it endures through time, as a financial means to a secure end and as an always complicated alliance involving necessary and sometimes painful compromise.

Palliser must practise at home what he cautiously preaches in public: a greater acceptance of equality and a narrowing of class and, to a lesser extent, racial difference. That he eventually yields to his children’s demands is somewhat inevitable: time and the processes of modernisation proceed regardless.

What is most fascinating is Trollope’s rendering of the psychological journey Palliser must take, a journey that is richer, more ambivalent, more nuanced and more politically significant in this expanded version.

What Trollope once called “the cruel, hard-hearted, indifferent public” should thank Amarnick for his punctilious work and cherish this new The Duke’s Children, finally seen now in its full splendour, 135 years after its first publication, and with all its tiny twists and turns, ambiguities and ambivalences, restored.

It is also to be hoped that the commercial considerations that forced Trollope to cut his original text, and that have necessitated a price of £195 (about €270) for this beautifully produced edition, will yield in time to the demands for a more affordable reprint.

John McCourt’s Writing the Frontier: Anthony Trollope Between Britain and Ireland has just been published by Oxford University Press