Tanglewood by Dermot Bolger review: an outstanding piece of work

A rare thing in Irish fiction: a serious state-of-the-nation novel, a truly important book by one of our most mature and courageous writers, says Éilís Ní Dhuibhne 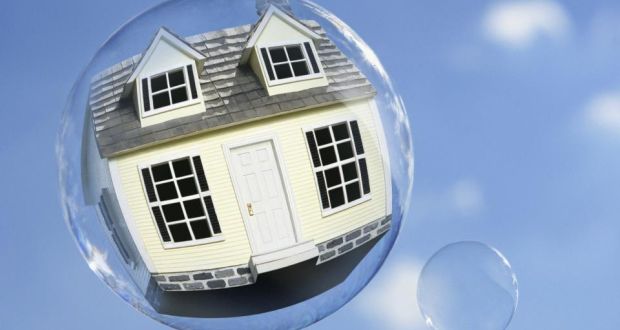 Set mainly in 2007, with an epilogue in 2009, Dermot Bolger’s Tanglewood explores the impact of the Irish property boom and bust on the lives and relationships of two couples in Blackrock, Co Dublin.

Chris and Alice live next door to Ronan and Kim. Ronan is involved in dodgy property deals initiated by an unscrupulous multimillionaire developer, Paul Hughes. Chris is a civil servant. All three are Blackrock College old boys – in this novel Blackrock is a byword for middle-class snobbery and selfishness, and it’s here that Bolger moves dangerously close to stereotyping.

Thus Paul, a relatively minor character but villain of the piece, reflects on the domestic requirements of his elderly mother: “Apartments are for Poles and proles. Most are bought by investors, which means I’d never know what skangers might end up blaring rap music beside her. We need to find her a discreet bungalow tucked away at the end of someone’s garden.”

Bolger holds a mirror up to Dublin during the boom to reflect its by now iconic images: the new houses mushrooming in back gardens, the flashy extensions, the surreptitious midnight demolitions, the difficulties ordinary people encounter in search of a home.

It’s not easy to capture the nature of the Irish bubble in a way that avoids cliches. After all, the boom was full of cliches, a sort of absurd but predictable tragicomedy in which we wrote the script as we lived it. It takes Bolger, who has never been afraid to tackle big social and political issues, to grasp the nettle and produce surely the most successful Celtic Tiger novel. I don’t think the tangled web of the boom has ever been disentangled so skilfully in fiction.

Novels, of course, deal with characters, not with history, which is why fiction “about” the Tiger or the recession can easily fail. Bolger knows this and performs the requisite tricky balancing act with skill. He does justice to the historical setting while focusing on a few individuals. His key characters are both representative types and sufficiently specific and complex to be interesting.

Alice is depressed to a large extent due to the impossibility of moving out of her house, which she doesn’t like; anything better is impossibly expensive. Chris, her stolid and devoted husband, is frustrated by the market forces that contribute to his marital problems. Ronan, the reckless entrepreneur married to Kim, a young Filipina, takes stupid gambles with his own and others’ money, including Chris’s savings.

Like Jane Austen’s novels, which it doesn’t resemble otherwise in the slightest, Tanglewood reveals, in WH Auden’s words, “so frankly, and with such sobriety, the economic basis of society”. The exploration of Chris’s and Alice’s relationship against the economic backdrop is particularly brilliant. In the house they they wish was not their home they bicker and sulk. But when he disappears “the irrational dread she felt at Chris’s absence made her realise how much she did love him”. Tested by the dramatic crisis of the novel, the marriage proves to have solid foundations.

The first half of the book is rather expository, and some readers may find it slow and even confusing. (You need to pay attention to the chapter headings, which signal dates and times.) The dramatic climax, which comes about halfway through, is shocking but convincing. From then on the narrative speeds up and grips the reader.

Chapters are assigned to different characters. Mainly the third person is used, however, so the voice does not vary from character to character. In fact a rather formal literary style is deployed throughout. This is not a voicy novel, with author as ventriloquist. Sophie, representing youth, is the only character written in the first person, but even she uses relatively formal English. It’s most refreshing and, at this juncture in Irish fiction, unusual.

The title refers to an idealised place, a dream suburb, which Alice remembers from a sojourn in Canada , but has obvious metaphorical connotations. All the Irish characters, with the possible exception of young Sophie, are knotted into an emotional, moral and economic muddle.

By comparison the “new Irish”, the eastern European workers and Kim, are paragons of wisdom and common sense. They stand at the edge of the Irish circus, observing the ridiculous goings-on of the Dublin middle classes with clear, intelligent eyes.

Again a touch of stereotyping is involved. Blackrock people are not all – not quite all – materialistic, snobbish bunglers, and immigrant workers are presumably not all clever, efficient and decent, as the novel tends to suggest.

In the context of the fiction, however, which mixes social realism with low-key satire, the contrast between the spoilt, stupid natives and the hard-working new poor is handled subtly enough, and there’s enough verisimilitude to convince.

Tanglewood is an outstanding piece of work by one of our most mature and courageous writers, one who is unafraid to hack his way through the tangles of contemporary Irish life and write a rare thing in Irish fiction: a serious state-of-the-nation novel.

Entertaining, not at all self-important, this is a truly important book.

Éilís Ní Dhuibhne’s latest books are Shelter of Neighbours (Blackstaff) and Dordán (Cois Life), both of which are available as ebooks