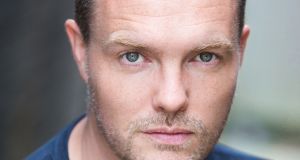 Along for the ride: Enniskillen actor Ciarán McMenamin takes readers on a madcap trip into a drug-fuelled night

Voice is one of the most important aspects of fiction. If a reader can connect with a character, even an unlikable one, chances are they will enjoy the novel. Think of Briony in Ian McEwan’s Atonement or Tom Ripley in the Patricia Highsmith series. The former tells an unforgivable lie, the latter is a fully fledged psychopath, yet both voices engage the reader and draw our sympathies despite doing things that should appal us.

Skintown, the debut novel by Ciarán McMenamin, hinges on the voice of its protagonist. Readers who can identify with 18-year-old Vincent Patrick Duffy, a smart-talking, young buck about town, will undoubtedly relish his drug-fuelled odyssey in the sectarian world of 1990s Northern Ireland. McMenamin writes with verve and honesty, vividly recreating an endless night at a rave in Portrush as Vinny takes ecstasy for the first time.

That the Catholic Vinny is also there to flog 300 pills for two loyalist dealers “in a country where drug dealers get shot in the legs” gives a delightful edge to his story. Sardined into a Vauxhall Nova with five others, including his best friend Jonty and bodybuilder Davy, whose “arms are like legs and his legs are like small independent countries”, Vinny brings the reader on an adrenalin-filled journey that at times struggles to contain the amount of action involved.

Despite the short chapters, scenes run into each other or switch landscapes too suddenly. A riot in Skintown, where Vinny and his friends gleefully blow up a car, turns into a swim near a school boathouse. The night in Portrush moves from car to carpark to club in a rush of description. The confusion imparts an energy as Vinny’s novice eyes take in the hedonism around him.

Humour is his weapon of choice for relating the chaos. Before they set off, “Jonty takes a couple of plastic bags from behind the bar to the toilets and splits the drugs into two smaller prison sentences”. As the ecstasy kicks in and DJ X-ray and Carl Cox drum up the crowds, sectarian issues are forgotten in a sweaty sea of “cross-community bear hugs”.

McMenamin is excellent on the details of the rave: the bottles of water, the 1990s cost of £20 a pill, the “bounce and paint” of the dancing, the numerous trips to the toilets, the pre-dawn revellers at the after-party “squeezing the last bit of marrow out of the night”. As the lucky Vinny gets waylaid by a Betty Boo lookalike, the hours flit by in minutes.

The synthetic love buzz at the rave is a fierce contrast with the real-life violence back in Skintown. McMenamin uses Vinny to highlight the ironies of sectarian warfare. At the riot, “most of the infuriated faces are covered with the scarves of football teams from the very country they rage at”.

Loyalist heavies Kyle and Grant are initially taking Vinny down a country road to give him a hiding, or worse, before the trio bond over a drug-dealing opportunity. Sectarian issues can evidently be parked when there’s money to be made.

From Enniskillen, McMenamin is an actor, best-known for the title role in the BBC adaptation of David Copperfield and the TV show Primeval. A keen angler, he is also a fan of the Mancunian music scene and a Manchester United supporter.

All three pastimes are featured to good effect in his debut novel, particularly the music element. A soundtrack listed at the end includes the Who, Happy Mondays, Leonard Cohen, Pet Shop Boys, the Clash and Carl Cox among others.

Vinny’s reluctance to appreciate dance music delivers some laughs, while his love of artists such as Cohen and Pink Floyd highlights his bond with his absentee father, a sympathetic alcoholic who wants a better future for his son.

Bristling with energy, Vinny’s voice is sometimes at odds with his character. The humour can be crass – “the needy embrace of a lonely fat girl”, a Michael Jackson paedophile crack – and the insights authorial.

Although it’s flagged that school dropout Vinny is “a good man with the words”, he is uncharacteristically eloquent for his years. He plays word games with graffiti and notices the “classy cocktail dresses and intricate stacks of hair” of the girls at the rave.

Elsewhere the descriptions can be overblown: “An eternal, frustrated, pointless quest to hear the throat of a woman fulfilling her dreams and desires and achieving her fundamental basic goal of satisfaction.” Or a song.

Where McMenamin excels is in the dynamic aspect of his writing. It lures the reader into the madcap night and then delivers a hairpin twist just as the bender seems endless.

Skintown may not be everyone’s cup of cider, but those who connect with the voice of a disaffected youth in a violent land will be more than happy to go along with Vinny and down the hatch in one.