Shakespeare in a Divided America: A miraculous achievement 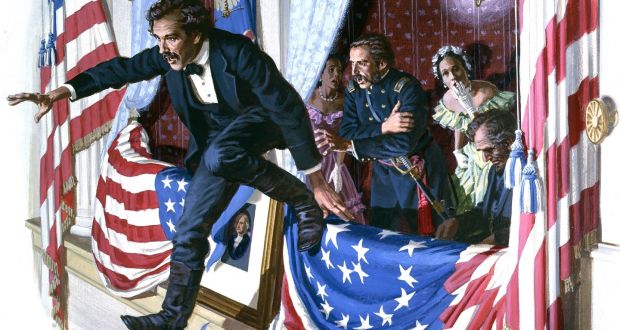 On the evening of May 10th, 1849, the streets outside New York’s grandest theatre, the Astor Place Opera House, ran with blood. The New York state militia opened fire on rioters who were part of a vast crowd, estimated at 10,000-24,000, who had gathered in one of the most furious demonstrations in the city’s history. About 20 people were killed and a hundred wounded. Newspapers called it a “massacre”, “wholesale slaughter” and an event “the most sanguinary and cruel that has ever occurred in this country”. That was hardly true, but the exaggeration is understandable. The theatre came to be called the Massacre Place Opera and Dis-Astor Place.

What was this about? The crowd’s determination to stop a performance of Shakespeare’s Macbeth, with the great English actor William Macready in the title role. Previously, rioters inside the theatre had violently interrupted his performance. Now, the rage against Macready had become deadly. It had its origins, bizarrely, in accounts of another performance by Macready, this time of Hamlet.

The Macready/Forrest episode has, in James Shapiro’s wonderfully vivid recreation, strong undertones of Donald Trump – if this were now, the rioters would surely be wearing MAGA hats

It had been reported that the American Shakespearean Edwin Forrest had hissed from the audience. The idea of a feud between the supposedly elitist Macready and the manly, all-American Forrest sucked in the forces of class conflict (the Astor Place theatre was seen as a venue for the rich that excluded the poor from their right to see plays); anti-immigrant Know Nothing nativism (at the time when the Famine Irish were arriving in the city) and what we would now call populist rage against the establishment. It is thus one of the most dramatic examples of the magnetic power of Shakespeare in the United States, the way his plays have continually attracted to themselves all the currents of social and cultural conflict in a constantly changing society.

The Macready/Forrest episode has, in James Shapiro’s wonderfully vivid recreation, strong undertones of Donald Trump – if this were now, the rioters would surely be wearing MAGA hats. And this is not accidental. Shapiro’s 1599: A Year in the Life of Shakespeare, and 1606: The Year of Lear are among the most illuminating books ever written about the playwright in his own time. But they also had subtle layers of contemporary resonance. His new book, Shakespeare in a Divided America, is much more upfront about its intention to use Shakespeare as a lens through which to examine and reflect on the history of race, class, empire, immigration, gender, sexuality and power in the US. It is a formidable challenge but he meets it with tremendous narrative skill and analytic power. That he does so in 300 entirely accessible and compulsively readable pages is little short of miraculous.

The book works so well because Shapiro does not attempt a continuous history. He applies the method of his previous books, which is to focus on single moments and pursue their meanings with forensic archival rigour and brilliant critical close reading. But here there is an added layer of contemporary urgency: Shapiro does not hide his distress at the current plight of American politics and culture. His book begins and ends with a hugely controversial production of Julius Caesar at the Delacorte Theater in Central Park, the summer after Trump’s inauguration, in which a Trump-like Caesar is (as the play demands) assassinated. Shapiro writes from the inside: he was the scholarly adviser on the production. The right-wing media’s hysterical response showed how, even now, Shakespeare could channel deep social conflicts. As Shapiro argues, “There has always been a tug-of-war over Shakespeare in America: what happened at the Delacorte suggests that his rope is now frayed.”

This framing does more than give the reader a sense of urgency. It also gives Shapiro himself an insight into the texture of previous historic moments in which Shakespeare became a catalyst for conflict and a weapon in culture wars.

These moments are often in themselves the stuff of riveting and revealing drama. In 1833, the former president John Quincy Adams, who thinks of himself as a good abolitionist, rages against the “unnatural passion” of Desdemona in shaming her family by marrying a black man, Othello, and tells the English actor Fanny Kemble that the play is “disgusting”.

In 1845, while the US army gathers for the invasion of Mexico that will inaugurate its transition from republic to empire, future president (and great civil war general) Ulysses S Grant, whose grizzled visage is now on the $50 bill, prepares to play Desdemona in drag – contemporaries record that Grant often does the female roles in army theatricals and looks “very like a girl dressed up” – but thinks better of it.

This is superb theatre history but it is also an outstanding work of history, full stop

In 1865 the Shakespearean actor John Wilkes Booth, a violent racist, assassinates Abraham Lincoln. (Booth, we learn from Shapiro, was especially enraged by the sight of Irish Catholics in the Union army: his sister Asia recalled that “Nothing grated this fierce Southern partisan so sorely as beholding the easy enlistment of Irishmen who were wild to free the ‘nagur’.”)

In 1916 a vast open-air adaptation of The Tempest (claimed as “Shakespeare’s one American play” because it was wrongly interpreted as being set in the New World), called Caliban by the Yellow Sands, channels anxieties about the “Caliban-type” immigrants flooding into the US and how to “civilise” them. In 1948, as women who had been liberated during the war were being shoved back into the kitchen and the bedroom, the brilliant Bella Spewack tried to turn The Taming of the Shrew into a feminist parable in her book for Kiss Me Kate, a musical that sold an astonishing four million tickets.

In 1998, under the baleful eye of Harvey Weinstein, Shakespeare in Love is gradually stripped of its sexually subversive (and homoerotic) elements. And in 2006, a screenplay called Cariolanus: The Thing I Am, set during the Los Angeles riots, is given a public reading. It is written by Trump’s sometime guru, Steve Bannon. (Shapiro’s greatest coup is getting hold of it. He declares it “an incoherent mess, though in retrospect a deeply revealing one”. What is revealing is the script’s focus on a strongman leader in a world of chaos, riven by dark fantasises about violent minorities.)

Each of these episodes is itself worth the price of admission, but together they form a colourful and dynamic kaleidoscope of American divisions. This is superb theatre history but it is also an outstanding work of history, full stop. Shapiro shows us that Shakespeare is a cracked mirror in which the US continually glimpses its divided selves. It is hard to imagine anyone better able to discern what it reflects.