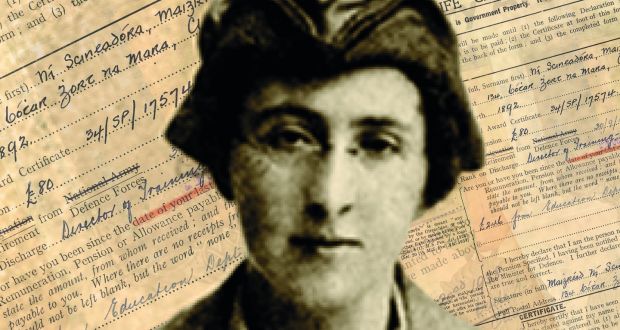 The impact of the 1916 Easter Rising on Scotland is more clouded in myth and supposed romance than illuminated by fact and understanding. Hopefully, this will be rectified by the coming 100th anniversary and publications such as Scotland and the Easter Rising, which impressively brings together 28 contributors, from academics to journalists, writers and campaigners.

The book tells many accounts of the Rising, from the importance of women in contributions from co-editor Kirsty Lusk, Maria Dick and Alison O’Malley-Younger, to numerous Irish-Scottish connections, and 1916’s impact on and legacy across Scotland. There are several powerful essays, but one especially stands out: by the late Ian Bell of the Herald. Bell, the great-nephew of James Connolly, died prematurely at 59 , shortly after finishing this essay, and he brings the personal and the poetic to his contribution.

Bell recalls, at the age of 12, attending an unveiling of a plaque in Edinburgh recognising Connolly and realising that he was related to this famous figure. “What did we know?” writes Bell. “That Connolly was famous, chiefly, for getting himself killed.” This caused him to ruminate that the “great man had suffered the usual fate: he was famous elsewhere”. There are moving contributions from James Kelman on Connolly’s intellectual hinterland, Kevin McKenna on his Scottish-Irish identity, and Peter Geoghegan on Margaret Skinnider from Coatbridge in North Lanarkshire, the only woman volunteer wounded in the action.

In places, Ireland’s experience is wrongly equated with that of Scotland’s – one a national liberation cause and expression of freedom (Ireland) with one that isn’t a national liberation movement (Scotland) because it wasn’t conquered or subjugated. Too often there is a linear interpretation of 1916 leading unambiguously to Scotland’s 2014 independence referendum.

The good and the bad

Bell and several others touch on the silences and secrecies that have been so prevalent in how Scotland has seen Ireland’s struggle for independence. This has too often reduced the complex histories of rebellion and repression to a tale of good and bad. James Connolly, along with that other Scottish revolutionary of the period, John MacLean, are regularly reduced to shadowy ghosts at the dim margins of culture – often invoked but seldom understood.

There are many strands of the Rising that impacted on Scotland then and still resonate today. Initial Scottish reaction, even in Catholic communities, wasn’t one of support or solidarity, but dismay and disassociation. This changed profoundly when the British government’s execution of the Rising’s leaders became widely known, creating a tale of the rebels as Catholic martyrs. This produced an outpouring of solidarity for Irish republicanism: by 1920 there were 4,000 IRA volunteers from Glasgow alone, and a network of Sinn Féin clubs across the country.

Like Ireland, Scotland in 1916 was in the midst of a world war, with many convulsions and tensions in society: industrial unrest and militancy, rent strikes, horror at the carnage and waste on the front. At home, a significant Irish population, three- fourths Catholic, saw a society that didn’t accept them as equal citizens.

Within a few years of 1916, the Church of Scotland issued its infamous report damning the Irish as a “menace” (it took the church until 2002 to apologise for it). In Glasgow and Edinburgh, assertive and militant Protestant parties won significant votes and representation on the council, scapegoating Scottish Catholics for a pile of sins – from unemployment to poverty to scarce public services.

Scotland has yet to come to terms with much of this, let alone how it has viewed Ireland: then, as something to patronise at best and ignore at worst; and now, when many see in Ireland’s campaign for independence and brutal repression some kind of strange equivalence to Scotland’s experience in the union.

The Easter Rising is part of the mythology of the Irish Republic and has resonance for some Scottish independence supporters. But on a more profound level, it is one of the key foundational myths – not just of Irish independence, but the current identities of the UK. The fact that the British political establishment, for the most part, refuses to recognise this is but one element in how UK elites have a whole set of collective amnesias about their histories.

This still matters to this day. Glasgow City Council officials recently declared a motion on the Easter Rising by the Scottish National Party as “too controversial” to be debated. North Lanarkshire Council is debating whether to allow the Irish flag to fly from council buildings on the anniversary, with the ruling Labour group bitterly divided.

Previous anniversaries (1966, 1986, 1991) have passed, with Scottish public authorities nervously embracing and clinging to that culture of silence which has served Scotland so badly. This attitude still exists in numerous places, particularly but not exclusively in the Labour Party in the west of Scotland. But it is on the wane and its stranglehold has much weakened.

The conceit would be to believe that everything has changed and that there are no more simplistic stories that need to be slain. Scotland and the Easter Rising is a worthy and rich book, but should be seen as the start of a debate, not a conclusion.

Gerry Hassan is a writer and commentator on Scottish and British politics. His books include Caledonian Dreaming and Independence of the Scottish Mind