People in the Room by Norah Lange: Macabre Argentinean classic 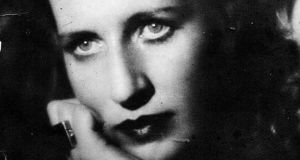 Norah Lange: renders a claustrophobic, feminine world where something awful and unknowable is happening

Book Title:
People in the Room

If the task of an introduction is to whet the reader’s appetite for the pages to come, Cesar Aira’s summary of Norah Lange’s modernist novel seems to have missed the mark. “People in the Room is not a novel to be read for pleasure,” writes Aira, in a line that probably won’t make the cover blurbs. But his description of his fellow countrywoman is of course a compliment in an introduction that hails the book as an Argentine classic, published for the first time in English by And Other Stories, in an excellent translation by Charlotte Whittle.

Comparing the book to the writing of Henry James, Aira commends Lange for her ability to render so carefully a claustrophobic, feminine world where something awful and unknowable is happening. It is one of Lange’s later books, a study of desire and death in domestic spaces, an unsettling read that is frustratingly unyielding at times as mystery begets more mystery.

Who is the 17-year-old narrator living in the house on Avenida Juramento? Why does she spend her days ignoring her family, sitting at a window, staring into another window of a house across the street? Who are the three women in their 30s who sit, portrait-like, in the neighbouring house, whittling away their days on earth? What is the significance of the dead horse and its “velvety neck”? Who is the man who calls to see the three women, only to report to the narrator, “Tomorrow would be better, Miss. It was a painful visit.”

Anyone hoping to find answers to these questions, or the book’s many other enigmas, will be disappointed. There is so much ambiguity in Lange’s world that the only thing we can be fully sure of is the title, and sometimes I even wondered about that. Are there actually people in the room? Is there a room at all? With a narrator of such incredible imagination and capacity for hallucination, all bets are off.

At times Lange portrays her young narrator as artist: “I knew, if I was patient, I could have their finished portraits just the way I liked finished portraits to be: for them to be missing something only I knew how to add, a detail forgotten at the last minute, perhaps a muffled sob, impossible dreams, a sudden desire to close all the doors, the strangest fear, a table with its mournful game of solitaire.”

But with creation comes the possibility of extinction. In one of many interesting philosophical musings, the narrator wonders what happens to the women when she is not there to watch them: “Perhaps they would use my absence as a chance to forge their way out, emerge from their portraits, and close the window, finally, with a sudden, simple gesture? Perhaps, for a few hours, they wanted to cease to be.”

From early in the narrative, she is as obsessed with their deaths as she is with their existence. References to dying, suicide and even murder pepper the text, with Lange dangling the dagger before our eyes but refusing to cut cleanly: “I also remember thinking – though I thought it fleetingly, because it seemed unfair – that I would like to see her dead’.”

Told that few women kill themselves after 30, the narrator reveals incrementally that perhaps the opposite is true for the objects of her voyeurism: “When she said, ‘slit your wrists underwater,’ I looked at the others, and they seemed ashamed, and their mouths became muddled beside a blue dress and an overly polite man who kept doffing his hat, and failed to find the suicide line on the palm of her hand.”

Such macabre happenings hang over the narrative but are never explained, which adds to the growing sense of panic and estrangement. The three women, and the narrator herself, appear as ghostlike characters, confined within a world – within a room – that mixes vast terror with domestic detail, like the blue dress mentioned above or the frequent glasses of “cool wine in small dangerless doses”.

Lange is a master of the uncanny, a writer who for much of her life was more famous for being Borges’s muse than she was for her own work. She was born in Buenos Aires in 1905 to Norwegian parents (she also had an Irish grandmother), and her celebrated memoirs Notes from Childhood and Before They Die are her most widely read books.

But Lange was also a key figure of the Argentinean avant-garde and this new translation, on an imprint that consistently publishes interesting and under-the-radar writing – should hopefully give her the wider audience she deserves. This is a novel that expertly explores female isolation by cutting readers off from the action. Think Mrs Dalloway meets The Turn of the Screw. People in the Room is a beach read for those who like to bring a Rubik’s Cube with them on holidays.