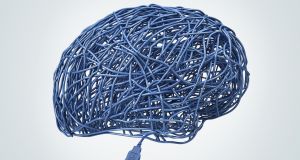 Technology and literature have always been symbiotic partners: one has enriched and fed the other for centuries. The informal oral tradition of storytelling became one of the great 20th-century art forms only when inexpensive publishing technology was coupled with the rise of middle-class literacy in the 19th century. This gave rise to cheap magazines, periodicals and novels that serviced the new reading public’s desires and preferences.

Narrative is a vital element of contemporary culture, lying at the heart of the process through which we make sense of our everyday lives. When the telephone became part of the human conversation, novelists embraced it as a plot device, employing for dramatic effect what Proust described as “a supernatural instrument before whose miracles we used to stand amazed”. Kafka uses the telephone in a nightmarish and menacing role in The Trial (1925) and The Castle (1931), as a vehicle that summons a disembodied voice, a vector of torture and evil.

Fiction has been slow to portray the internet and information technology in the narrative, perhaps because the high art form of the novel would be besmirched by peppering the pages with status updates, emails, tweets and texts. Novelists have avoided the internet and its dehumanising powers because the limits of language can make it difficult to depict.

Douglas Coupland’s Microserfs led the way in 1995, year zero of the digital revolution, with its depiction of young Microsoft workers, whose main protagonist, Daniel Usherwood, a software bug checker, types his story as journal entries on his Apple PowerBook. Coupland makes the point in this early postmodern novel that “machines really are our subconscious”; that these man-made machines are “products of our being, and as such, windows into our soul”.

Jennifer Egan’s brilliantly titled 2010 novel, A Visit from the Goon Squad, is a very modern treatment of old themes of time and memory, disconnection and continuity, a shape-shifting distillation of the chaotic and fractured nature of contemporary life. Egan’s virtuosity as a novelist allows her to capture this fragmented reality by writing the penultimate chapter entirely as a PowerPoint presentation – a clever narrative trick in a book preoccupied by the effects of technology on our lives and culture.

Egan’s crystal-ball gazing predicts the seismic changes in the music industry caused by the digital revolution. Egan’s novel confronts the corrosive effect of the internet age, and in her final chapter she includes textspeak in the conventional narrative to convey a character’s inner struggles and anxieties: “no 1 Nos abt me. Im invysbl.”

Nikesh Shukla’s entertaining novel Meatspace confronts the zeitgeist, as its main theme is the frailties of social-media identities when they collide with real life. The author “became obsessed with who we really are if we’re spending our entire lives taking the best photos of ourselves, turning our stories into the most tweetable quips and sharing our best selves”.

Nikesh worries about what this is doing to our brain chemistry, a topic explored by Nicholas Carr in The Shallows: How the Internet Is Changing the Way We Think, Read and Remember. Carr noticed that his ability to read plummeted as he became a web devotee . He argued that the benefits of the information age come at a price, a kind of vindication of Marshall McLuhan’s theory that the medium is the message, and in the end the medium changes how we think and act.

Social media is changing us, so the novel must reflect this. The triumph of the novel is that it is a mutable form, changing with the fluidity of a status update and the brash wit of a top tweet.

Ruth Ellis: The model who smiled at her executioner
5