Nothing lost in translation on Man Booker International list 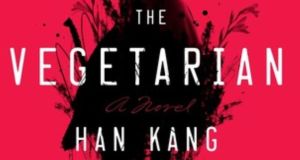 ‘Han Kang’s The Vegetarian is the finest book on a very good shortlist.’

Misgivings aside about amalgamating two important literary prizes appear to have been silenced by the newly reconstituted award’s inaugural shortlist. The Man Booker International Prize 2016 brings together six contenders, including a Nobel literature laureate, two women and four men, with novels written in six different languages, all of which have been translated into English. Half of the winning author’s £50,000 prize money will go to his or her translator.

Of the 13-strong longlist published last month, only one notable omission provides an opportunity to lament. It is an outstanding selection, and not only endorses the astute judging panel but underlines the daunting calibre of international fiction which is increasingly available to readers, thanks to the gifted literary translators currently at work.

The End of Days

The Four Books, translated by Carlos Rojas, which features on this year’s shortlist, was banned in China. It is a truth-teller’s narrative about how the Great Famine was concealed and it tells what really happened between 1958 and 1962 when an estimated 40-45 million Chinese starved to death while the nation’s growing success was being officially celebrated and massive shipments of rice continued to be exported.

Lianke’s candour both beguiles and horrifies. This is an important book blessed with a singular panache.

South Korean Han Kang’s disturbingly beautiful novel in three acts, The Vegetarian, is a work of art and has been lovingly translated by Deborah Smith. Although only 183 pages it possesses a devastating power.

A young, childless Korean woman decides to stop eating meat. Her boorish husband’s reaction is not particularly sympathetic, although his wife, the curiously passive heroine Yeong-hye, is reasonable about it. Her father-in-law’s reaction at a family meal strikes the note of violence that resounds throughout the remainder of the novel. It was one of my books of the year last year, and Irish readers have already endorsed the novel which is artistically – and politically, as regards the politics of individuality – the finest book on a very good shortlist.

Also deeply moving and equally profound, if far less shocking, is Austrian-born Robert Seethaler’s limpid little beauty of a novel A Whole Life, in an understated and dignified translation by Charlotte Collins.

Reminiscent of American writer John Williams’s classic Stoner, it follows taciturn labourer Andreas Egger through his harsh life in a mountain village. The opening sequence describes a rescue that sets the tone of the narrative. A flashback shows how the death of his mother had placed him with a vicious relative whose antics leave young Egger damaged, bitter and wary. Another act of fate destroys a brief interlude of love. The only time he leaves is to fight in the second World War. Ironically, he spends more time in a gulag.

Another of my books of the year, this melancholic and subtle work has already established a strong following with Irish readers.

The narrator tells the story of a friendship that seems more like a rivalry which spans the decades. Readers love it. I still think it is humourless and difficult to take seriously, so am braced to be stoned in the streets. Still, should she win it would be interesting to see if the pseudonymous Ferrante arrived in person to collect her prize as her authorial anonymity has contributed greatly to her mythology.

Every literary shortlist needs a showman and 2006 Nobel literature laureate Orhan Pamuk obliges with his most Dickensian work to date, A Strangeness in My Mind. Translated by Ekin Oklap, it is a bulky, meandering, good-natured yarn dominated by Pamuk’s favourite theme, his love of Istanbul.

A fascinating dark horse is present in the least widely known of the shortlisted six: Angolan José Eduardo Agualusa’s A General Theory of Oblivion, translated by Daniel Hahn, charts the troubled history of Angola through the self-imposed isolation of a woman who has retreated from the outside world for 30 years during which change runs riot. A child’s curiosity intervenes.

The winner, to be announced on May 16th, should be The Vegetarian. Yet Yan Lianke’s passionate chronicle will challenge all the way. With a list this good, however, the winner is almost irrelevant. The main point is obvious; international fiction in translation is an eloquent and diverse force – which sales confirm.

Orhan Pamuk – A Strangeness in My Mind

Elena Ferrante – The Story of the Lost Child